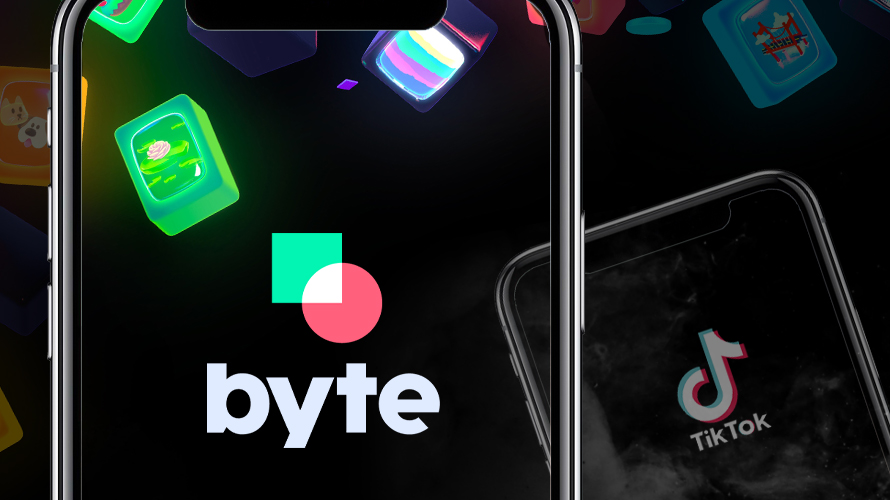 As the politics surrounding TikTok heat up, U.S. users looking to make original, short video content are exploring other options.

They’re turning to Byte, a spiritual successor to the now-defunct app Vine—at least for now.

These sentiments culminated on Wednesday when U.S. users downloaded the app en masse, according to an Adweek analysis of data from the app analytics firm Sensor Tower. The recent popularity comes after Secretary of State Mike Pompeo said on Monday that the administration is considering banning TikTok, as critics have zeroed in on the company’s ties to China. President Donald Trump confirmed this on Tuesday, but it’s unclear by what authority he could do that.

By Wednesday, the app’s newfound success skyrocketed it to the No. 1 free app on the App Store, with 126,000 global downloads in a single day, according to Sensor Tower. The vast majority of those downloads—91.2%—came from U.S. users. From Tuesday to Wednesday, U.S. app downloads of Byte increased by 14,275%.

On Thursday, that number shot up even more to 622,000 global downloads in a single day—about five times more than Tuesday’s 126,000 installs.

In the six days leading up to the spike on Wednesday, the app had only been downloaded 1,050 times, on average, per day globally. It remained at the top of the free apps downloaded on Thursday and Friday.

Byte was introduced to some fanfare in January, as Vine had a devoted following, and was downloaded 1.3 million times globally on the App Store and Google Play when it debuted, according to Sensor Tower. It lost popularity among new users in the months that followed and dipped to 19,000 global downloads in June. 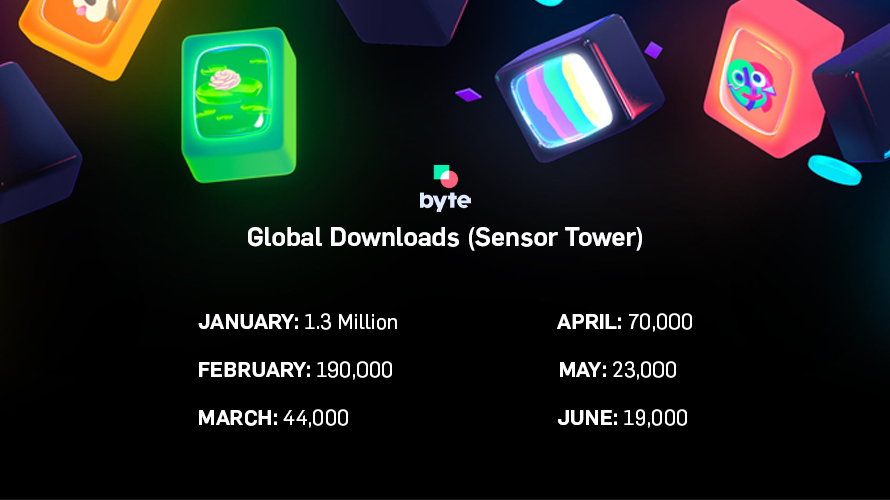 Sensor Tower
Meanwhile, TikTok shattered records for app downloads in Q1 with 315 million total downloads. It has also broadened its reach beyond its reliable and noteworthy Gen Z user base, according to Comscore data first reported by Adweek.

A shift in demographics for TikTok could be a significant threat to the platform, as marketers turned to the platform to reach a broad, but specifically young audience.

“The only thing I’m sometimes afraid of is that Gen Z might not find it cool anymore and might abandon it,” Alessandro Bogliari, founder and CEO of The Influencer Marketing Factory, told Adweek in May. “If millennials and Gen X and boomers get on, is this going to transform it into Facebook?”

But it appears that political threats and not demographic trends right now are causing TikTok users to branch out to Byte.

TikTok spokesperson Laura Perez said in a statement earlier this week that the company had never provided user data to the Chinese government “nor would we do so if asked.”

“We have no higher priority than promoting a safe and secure app experience for the millions of Americans who use TikTok,” Perez said.

It’s not likely that Byte made a dent in TikTok’s overall user base, but it does seem to have significantly benefited from speculation that TikTok may leave the U.S. market.

Byte was founded by Dom Hofmann, who created Vine, the popular six-second video app that Twitter shut down in 2016. Byte could certainly build a more stable user base. Byte had 396,000 unique U.S. visitors in January, but that number fell to 65,000 by May, according to Comscore data.

Meanwhile, TikTok boasted 22.1 million unique U.S. visitors in January, a number that rose to 41.4 million in May, aided by business closures and stay-at-home orders due to the Covid-19 pandemic. 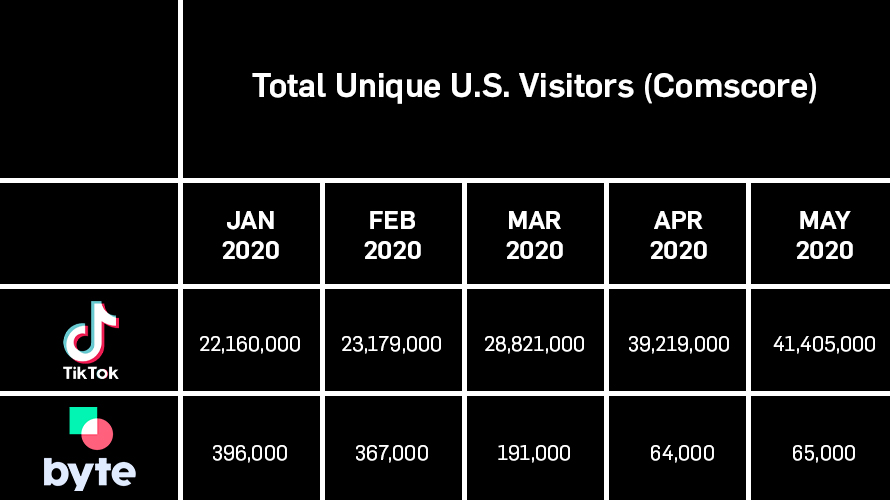