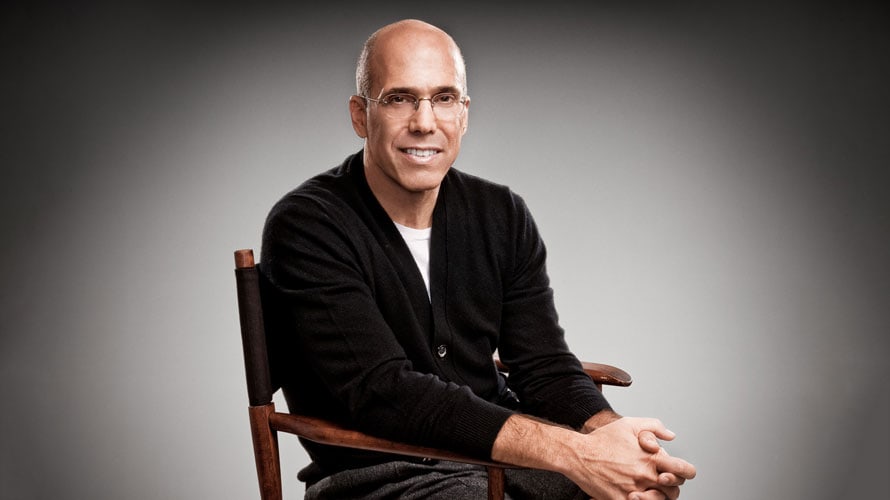 The Cannes Lions International Festival of Creativity will name longtime Hollywood fixture and media entrepreneur Jeffrey Katzenberg its Media Person of the Year in June, the festival said today.

The announcement marks a return to tradition for Cannes Lions, which last year eschewed the Media Person of the Year award and instead awarded the streaming service Spotify with its first-ever Media Brand of the Year. Katzenberg, who has had a storied career in the entertainment industry, has since 2017 been working on a yet-to-launch mobile streaming service, Quibi.

“Over my career I have had the honor of working in many different forms of storytelling, from film to television to the Broadway stage, but the journey we are on today with Quibi is the most exciting one yet, as we embark on a new form of storytelling,” Katzenberg said in a statement about the Cannes Lion award. “By bringing together the very best of Hollywood and Silicon Valley, we hope to usher in the era of mobile-first entertainment. On behalf of everyone at Quibi, we’re very thankful to Cannes Lions for this honor.”

Quibi, which refers to “quick bites” of content, has ambitions to serve up short-form shows and longer narrative programming in short installments and has already raised $1 billion from media and tech companies to get the project off the ground. The company is seeking upwards of $1 billion in additional funding, according to The Information. The service has sought out a heavy helping of star power to bring to the subscription offering, including director Guillermo del Toro and actress Lena Waithe.

Just last week, the company signed actress and model Chrissy Teigen to host a courtroom show on the platform where she will adjudicate small-claims cases, according to The Hollywood Reporter.

With the award, which will be presented on June 19, Katzenberg joins a long list of media entrepreneurs and executives that Cannes has recognized in the past, including Vice CEO Shane Smith (in 2016), YouTube CEO Salar Kamangar (2013) and Facebook CEO Mark Zuckerberg (2010).

“Jeffrey Katzenberg encapsulates everything the Media Person of the Year award represents,” Cannes Lions chairman Philip Thomas said in a statement. “His unbounding creative leadership and vision has led to the transformation and groundbreaking success of high-profile businesses across the entertainment, media and technology landscape. Katzenberg is a great friend of the festival, who has brought his insight and inspiration to our stages so successfully in recent years. It’s a huge honor to present him with this prestigious award.”

Prior to founding Quibi and the venture capital holding company WndrCo, Katzenberg co-founded the production company Dreamworks SKG and was a chairman of Walt Disney Studios. He also served as president of production at Paramount Studios.

Katzenberg and Quibi CEO Meg Whitman, the former CEO of eBay, will speak at the festival next month about building their company, whose programming is slated to launch next spring.