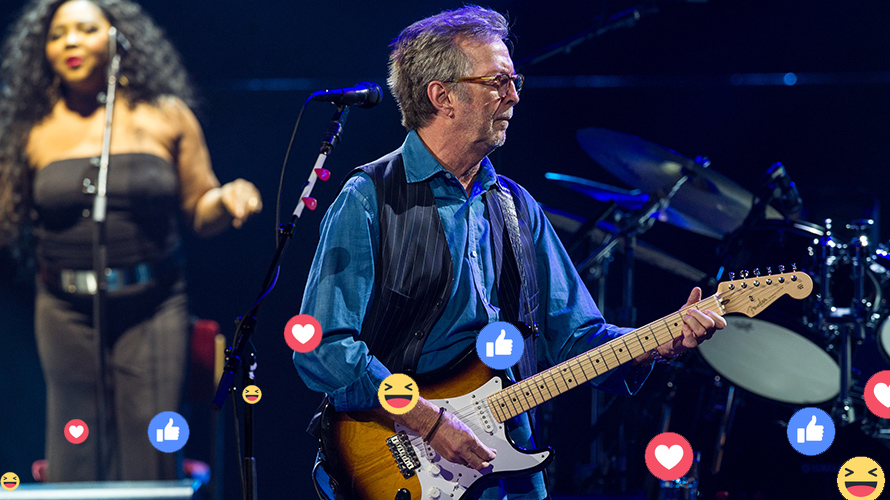 With 3.9 million fans, Facebook is Chase’s biggest social platform, so the brand is planning a dramatic launch for its livestreaming efforts by broadcasting from two of Eric Clapton’s concerts in Los Angeles.

UPDATE: Chase told Adweek Friday evening that Clapton is suffering from bronchitis and plans to postpone this weekend’s performances, moving them to September. The brand still plans to livestream songs from the shows when they happen later this year.

Below is the article as it appeared before Clapton’s postponement:

The bank is sponsoring Clapton’s North American tour, which includes four shows this month in New York and Los Angeles. While on stage at The Forum in Inglewood, Calif., Saturday and Sunday night, Clapton will perform four songs—two on Saturday night and two on Sunday night—exclusively broadcast on Chase’s Facebook page.

“Using Facebook Live to give millions of fans a taste of the live music experience with a legend like Eric Clapton is something we’re excited about,” explained Frank Nakano, head of sports and entertainment for JPMorgan Chase.

Similar to other live broadcasts, Chase is relying on Facebook’s push notifications to drive users to watch the footage. As soon as a stream begins, Facebook will ping people that follow Chase’s account with a message encouraging them to tune in. Clapton’s social team also plans to share the video to his Facebook page—which has 9.4 million fans—to drive views.

After the livestream, the video will live on Chase’s Facebook page, and the brand’s team also plans to create and push out additional content around the concerts.

Facebook has been pushing brands and publishers to broadcast live clips because videos are increasingly becoming more prominent than text posts in the newsfeed. According to Jess Purdy, Chase’s head of social media, the brand has a plethora of stats about how its videos are watched.

“The goal for us is to provide fans the best experiences and access possible,” Nakano said, “and that includes the fans that can’t be there in person.”