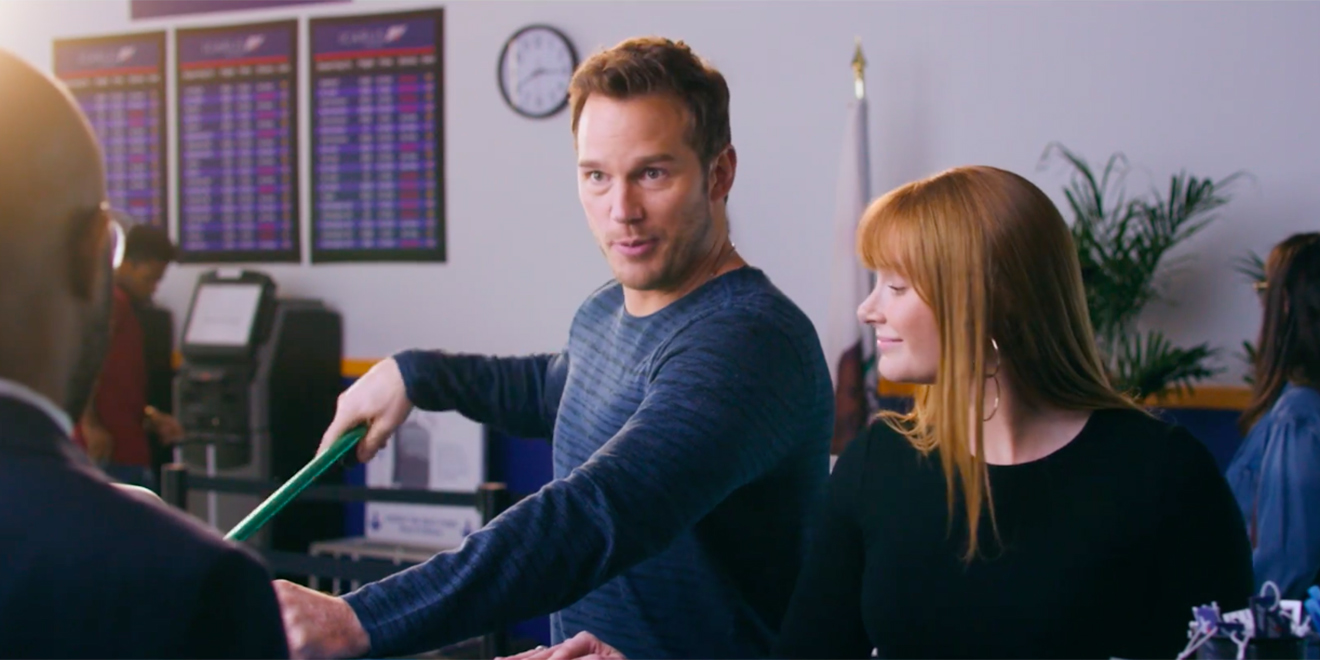 Bringing a carnivorous beast into an enclosed space with hundreds of people? What could go wrong? - Credit by CollegeHumor

The vast majority of people who bring service animals into restaurants or onto airplanes most certainly need them. But there’s always someone trying to game the system to bring on a beloved, but questionably necessary, pet.

This time around, it’s Chris Pratt, presumably in character as Jurassic World protagonist Owen Grady. Flanked by costar Bryce Dallas Howard, he attempts to talk an airline into letting a baby version of his favorite velociraptor, “Blue,” onto the flight.

The promotional clip for Jurassic World: Fallen Kingdom comes from CollegeHumor, which previously partnered with Universal Pictures on videos for Blockers and Get Out.

Pratt and Howard have been busy with a whirlwind press tour for the new Jurassic World, but they made time amidst the hectic schedule to record the CollegeHumor clip.

“Chris and Bryce both said how much they enjoyed being able to do something creative in the middle of all their junket interviews,” said CollegeHumor writer Raphael Chestang, who plays the airline employee.

“‘Can I speak to your supervisor?’ is a line that Bryce improvised at the end, and is also a line from her Black Mirror episode, ‘Nosedive,'” he says. “‘We’re not one of those bogus a-hole couples’ is a line that Chris improvised as well, and is also a nod to his line from Guardians of the Galaxy as Star Lord, ‘It’s showtime a-holes.’ They both gave us a huge variety of funny takes to work with that it was genuinely hard to pick just one of them. They were also such pros that they rolled in and within five minutes we were cooking away.”