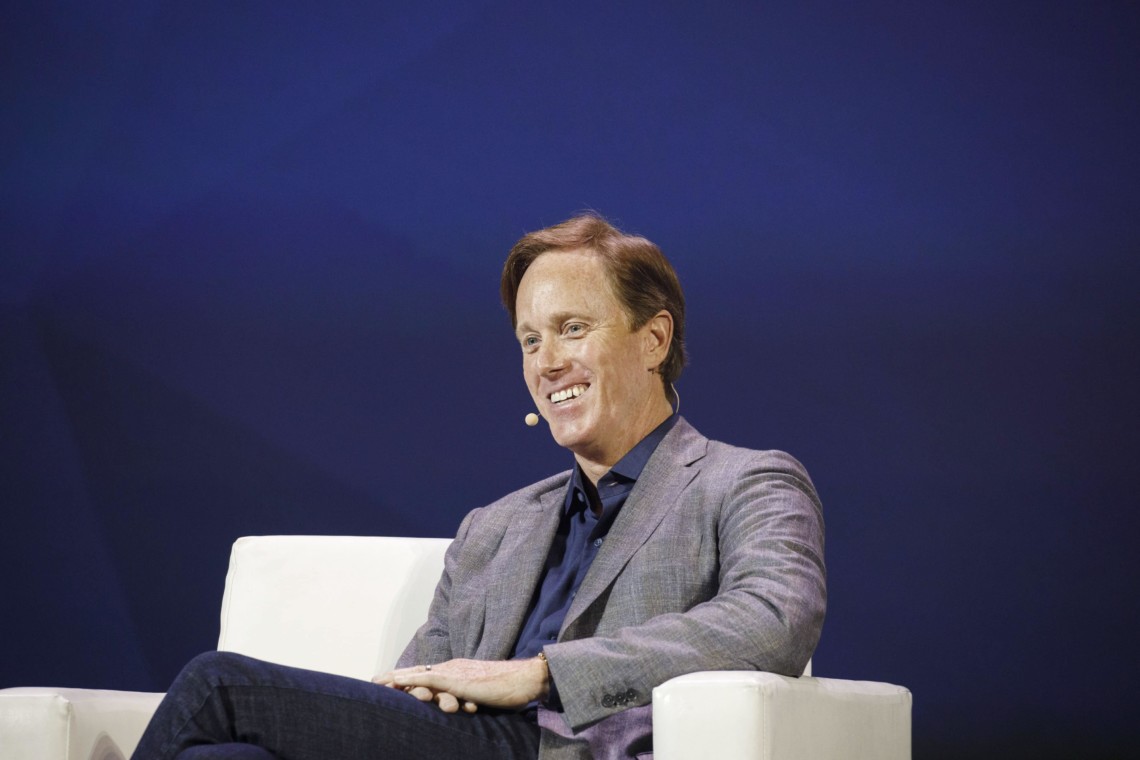 Roger Lynch will take over as Condé Nast's first global CEO as the company tries to transform itself. Getty Images

Condé Nast has found its first global CEO. Roger Lynch, formerly CEO of Pandora, will fill the newly created role to accommodate a new company model in which Condé Nast and Condé Nast International operate as one.

Condé announced the combined operations in November last year, leading many to question what kind of person would be qualified for the position given its wide-ranging demands and Condé’s financial health.

Lynch will start in his role on April 22.

In separate statements, Jonathan Newhouse pointed to Lynch’s international experience and “track record building companies” at the intersection of media and tech as qualifiers for the job.

“What impressed us most about Roger was his passion for great journalism, magazines that make a difference and brands that have exceptional potential for growth,” Steve Newhouse, board member said in a statement. “Roger will build on the outstanding work of Bob Sauerberg and Jonathan Newhouse in extending our print brands into digital video, data and experiences.”

Most recently, Lynch has served as president and CEO of Pandora.

He was also the founding CEO of Sling TV, chairman and CEO of Video Networks International Ltd., a UK-based IPTV provider and president and CEO of Chello Broadband in Amsterdam, a broadband internet company. He was also previously an investment banker with Morgan Stanley, specializing in tech.

Condé Nast has previously said that the new global CEO will continue a plan, outlined by Sauerberg, to generate $600 million in new revenue for the company in five years. That plan includes relying less on advertising dollars and introducing new revenue streams, like deeper investments in video and events. The company also recently announced that each of its titles, from Vogue to them, will have some sort of paywall.

The announcement comes days before the company is expected to present at the IAB NewFronts.

“I’m very excited to work alongside the talented, passionate and creative team at Condé Nast as we drive the next phase of the company’s growth,” Lynch said in a statement.