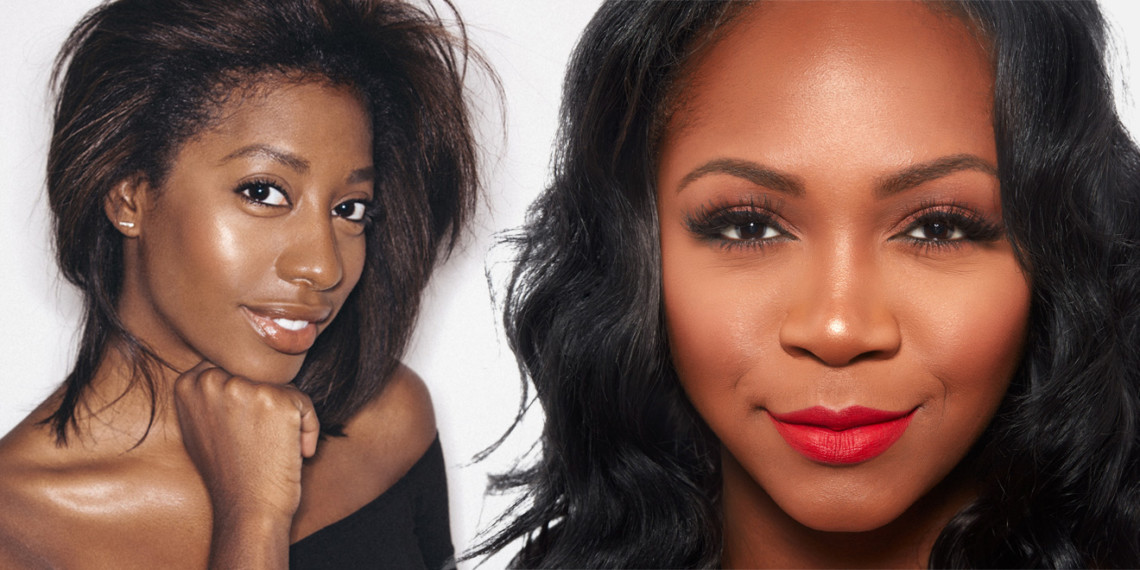 Black consumers spend at least $1.3 trillion a year in the American market. And even though Black women lead or dominate consumer spending in several sectors—from ethnic hair care products to fragrance and feminine hygiene—Black women founders have only received 0.2% of venture capital funding.

That’s why Whitney Brown, CEO of Black business-focused digital platform Meet The Owner, and Lauren Napier, founder of Lauren Napier Beauty, are launching Consider Something Better, a new initiative to raise $5 million in capital for Black women founders. With their new venture, the entrepreneurs are challenging corporations and major conglomerates to each put $250,000 into the fund.

So far, Consider Something Better has contacted the CEOs of Amazon, Starbucks, HP and Uber to seek investment and is awaiting response, Brown said. Since its June 8 launch, the initiative has received more than 300 requests for funding from Black women founders.

FUND BLACK WOMEN !! •✊????????????• This initiative is not intended for Black Women to do the heavy lifting and donating. It is designed to challenge the corporations and conglomerates to give back to the Black Women that they have profited from for decades. - Black women earn $.63 on the dollar compared to white male colleagues. The pay disparities, funding inequities and complete disregard by VC funding demonstrates the need for this initiative. - We also receive -2% of all funding deployed by venture capital. This is why we are challenging corporations and conglomerates to invest in Black Women-led businesses. - Because of all of the above, Black Women are starting businesses faster and are the most economically disadvantaged. This is why we have challenged the corporations and conglomerates to give back to Black Women-led businesses, services and creatives. - Black Women-led businesses are encouraged to , services and creatives to the website to complete the form if you are in need. ????

Brown and Napier are intimately familiar with the challenges Black women founders face. Black women make significantly less income than other groups—about 61 cents to a white male counterpart’s dollar, according to The Institute for Women’s Policy Research—and don’t typically have access to family wealth. This combination makes leaving a job to launch a business incredibly risky.

Yet, Black women increasingly take the risk. Napier said that while Black women are the fastest-growing population of entrepreneurs and continue to launch new brands, scaling up remains out of reach for many. Napier started her company “with a tax refund and an American Express card,” expanded the business into a global brand in 22 countries, but said she still lacks “access to critical funding necessary to scale her business.”

Businesses owned by Black women are especially at risk after the pandemic. According to a late May survey conducted by Essence magazine, 70% of Black women business owners said they saw negative impacts to their companies due to Covid-19.

Brown said that funding is the last gap that needs to be closed for Black women’s businesses to succeed.

“It’s not lack of creativity. We are trendsetters,” said Brown. “It’s not lack of resources, because we are super resourceful and scrappy, and it’s not a lack of influence, hence the power of Black Twitter. Funding and access to capital to be able to scale our businesses is what must be resolved.”

$5 million isn’t a high number to start with, considering that the 1.5 million businesses owned by Black women in the U.S. contribute roughly $44 billion a year to the economy. But over the past two weeks, major brands have dropped tens of millions in donations to Black community groups in response to growing protests and social media pressure. Brown and Napier’s hope is that some corporate dollars could be put towards the long-term financial sustainability of the Black community through business backing—not just donations to nonprofits.

Target will continue to work with our team, communities and partners to address longstanding systemic issues, to promote equity that enables shared prosperity and opportunity. Click the link in our bio to see what we’re doing next.

“Our mission challenges corporations and conglomerates to tear down a racially biased system and honor the fiduciary responsibility to communities by creating economic and racial equality, giving equal access to funding to the next generation of Black female founders,” said Brown. “We believe that holding these entities accountable for the racial inequities that they pledge to dismantle is the catalyst for equitable advancement.”

Funding isn’t the only obstacle Black women founders face; pigeonholing is also prevalent. In a webinar with other beauty entrepreneurs hosted by Beauty Independent on Friday, Napier shared her experience of walking into meetings to find colleagues surprised by her race. Her company markets skin care, not “ethnic” skin care, and she said she’s been told by buyers that her company “doesn’t look like a Black-owned brand.”

“I believe that brands should be retailed based on merit, the product benefit and so on,” Napier told Adweek. “That hasn’t been the case. Brands are not being seen for their product offering, but being passed over for a common denominator is all too familiar.”

Napier and Brown said that while Consider Something Better’s aim is venture capital, they support the similar goals of Aurora James’ 15 Percent Pledge, which asks major retailers to diversify their shelves and stock 15% Black-owned businesses. Last week, James convinced Sephora to sign on to the pledge, and the leading beauty retailer told Adweek it plans to raise the number of Black-owned brands it carries from the current ratio of just 7 out of the 290 on the shelves.