Crime Still Doesn’t Pay, But It Sort of Breaks Even at Cashierless Stores

Data more than makes up for losses, intentional or not 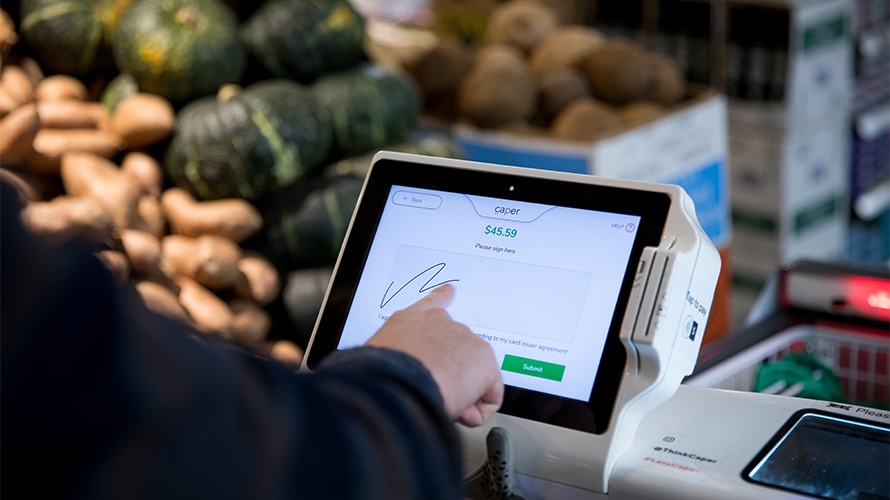 Just 14 months ago, the idea of walking into a store, picking up whatever you want and leaving with it felt akin to shoplifting. Now, the concept is much more familiar as multiple options have emerged that allow customers to do this without fear of committing a misdemeanor.

Amazon’s Just Walk Out Technology at its expanding roster of Amazon Go locations is probably the best-known example, but retailers like Kroger, Walmart and Target are also experimenting with ways to eliminate checkout, which, until now, has served as a final touchpoint to ensure shoppers pay for the goods they take.

This move to eradicate a point of the shopper journey that has historically held them accountable comes despite research from the National Retail Federation and the University of Florida that showed shoplifting and “organized retail crime” accounted for 36 percent—or nearly $17 billion—of retail shrink in 2017.

“What’s important to realize is those who want to steal will find a way around any solution, so no solution is foolproof,” said Joanne Joliet, senior director analyst at research firm Gartner.

At the same time, she cited figures from BingoBox, an automated convenience store in China, which reported it had less than 10 cases of malicious theft in more than a million orders.

Similarly, drink brand Dirty Lemon—which previously sold products solely via text message—opened a 1,000-bottle-capacity grab-and-go walk-in vending machine of sorts in New York in September 2018—and the brand trusts its customers will text whatever they took to be charged properly. (But, to be safe, it also includes cameras, a heat map and an RFID tracker.)

Zak Normandin, CEO of Dirty Lemon and its parent Iris Nova, said the brand trusts its loyal client base and the focus at the first location is to provide the best possible experience for them.

“The way it works—you walk in, grab a bottle and get on with your day—that’s the level of convenience we’ve always tried to provide to customers,” Normandin said.

And, he said, it has worked so well that they plan to open additional locations this year, including another store in New York, as well as in Miami and L.A. or Chicago.

But it’s Amazon who pioneered the cashierless craze in the U.S. nine months earlier, when it opened its first Go store. At the time, it welcomed reporters to try to outsmart its technology—in effect shoplifting—and the most successful attempt was an accident that resulted in a free yogurt.

Their eyes were watching you

Sort of like in the Wizard in Oz, these companies are not eager to divulge what happens behind their curtains. But it’s clear cameras play a pivotal role.

Amazon said its cashierless stores are powered by computer vision, a field of AI that trains computers to understand and interpret images from cameras and videos; sensor fusion, which combines images from cameras with sensors that use thousands of data points to calculate the shape and volume of products; and deep learning, which, according to the MIT Technology Review “learns, in a very real sense, to recognize patterns in digital representations of sounds, images and other data.”

So, checkout-free though it may be, shoppers aren’t on the honor system. And, for the most part, competing offerings, such as those from retail automation platforms like Trigo Vision and Zippin, use a similar combination of apps, cameras, computer vision and/or sensors to track customers and products. And with this much monitoring, it’s easy to see how the reporters-turned-shoplifters were only able to lift one lousy yogurt.

But another deterrent to would-be shoplifters is that these stores know exactly who you are. Similar to Amazon Go, upon arrival at Zippin’s 200-square-foot store in San Francisco, customers must have already downloaded the app and added a credit card in order to generate a QR code to open the door.