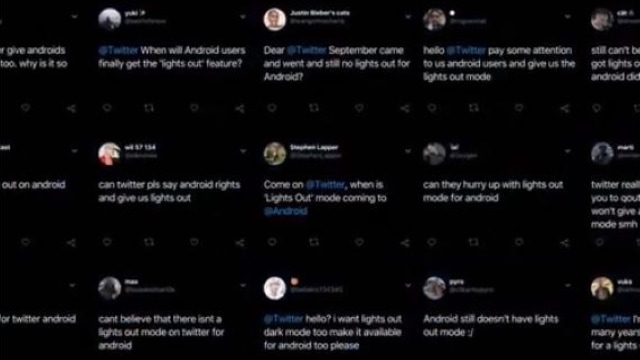 The social network tweeted about the feature Tuesday.

Welcome to the dark side, Android users. You can now go lights out on Twitter. pic.twitter.com/RpvstZvdnr

The rechristened Night Mode was added to the social network’s mobile site, lightweight Android app Twitter Lite and Twitter for Windows in May 2018.

This past March, pure black color palette Lights Out was added to Dark Mode for iOS, along with the ability for users to set up their app to switch over automatically based on their time zones.

Customization options were added for Twitter.com in August, and Dark Mode was included in the social network’s new Mac app, which was released earlier this month.