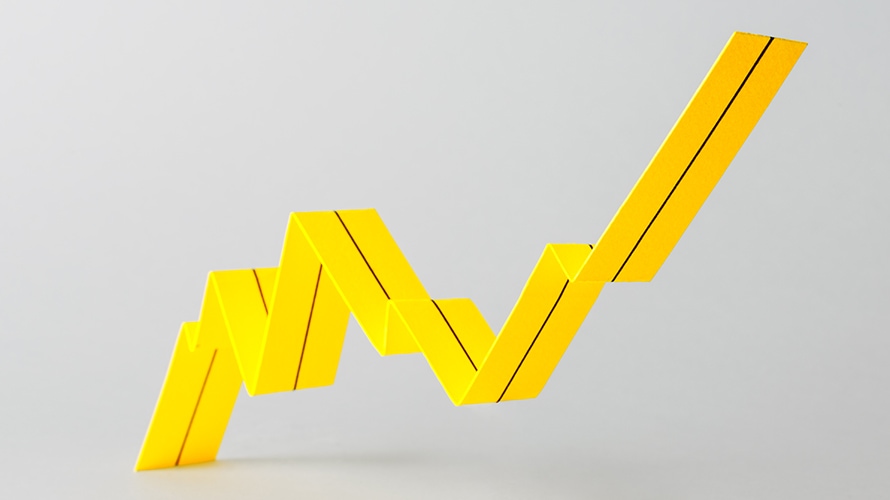 Emerging technology will have a positive impact on how creativity uses data to grow. Getty Images

Data is rapidly emerging as the next frontier in design. Nearly every designer today works with it, and it increasingly plays a role in nearly every part of the creative workflow.

And creative professionals are taking notice. Based on a survey conducted last year, more than half of creatives say that at least 75 percent of their creative output is informed by data. That’s because consumers demand personalized, responsive and interactive experiences from brands. As more of these experiences become digital, it creates even more data points that can be captured to help better understand human behavior and inform creative.

With that said, it’s no surprise that creative pros are finding new ways to work with data as a medium for storytelling, creative expression and design iteration. Below are two key ways data is helping creatives better innovate and ultimately change the face of creativity and design in their organizations.

As AI and data permeate more design tools and workflows, we can expect to see more of the designer’s imagination unlocked as previously impossible tasks suddenly become viable.

Advancements in artificial intelligence, deep learning and computer vision, alongside the growth of creative asset datasets, are unlocking amazing new capabilities for creatives. One powerful example is a technology called style transfer. The idea is to use AI to analyze a group of common designs, understand the details of what collectively makes that style and then apply that style automatically to another design.

With this technology, for example, a photograph can be recreated in the style of a Monet, van Gogh or any number of infinite styles. Actress and director Kristen Stewart recently utilized style transfer to create dreamy, impressionistic visuals for several scenes in her short film Come Swim.

John Lowell, chief intelligence officer of Leo Burnett Group, describes a more ambitious use case of style transfer for a brand. “Imagine a designer working for a new brand that aspires to be the Coca-Cola of healthy snacks. What would that look like visually? With style transfer, an artist could create hundreds of variations of brand identity very quickly by mixing and matching styles of natural food brands alongside the visual identity of various soda brands. It has the potential to be a powerful tool for design exploration.”

As AI and data permeate more design tools and workflows, we can expect to see more of the designer’s imagination unlocked as previously impossible tasks suddenly become viable.

Exploration and iteration have always been a key part of the design process, but effective use of data can supercharge both of them.

In the past, substitutes for real-world data, like Lorem Ipsum or for placement-only (FPO) images, were used to create early exploratory designs. But every designer knows that the best inspiration can be found in the constraints—and sometimes serendipity—of real-world content and data. In other words, the closer you get to the real thing you are trying to design, the better. As more data gets generated through digital experiences, designers can easily pull more specific real-world information, photos and text into early design visualizations. This not only has the potential to further inspire creativity for that specific project but also helps identify potential formatting challenges early in the design process.

The design iteration process has also advanced thanks to data. For example, the most basic way to test iteration—the classic A/B test—will tell you which of a handful of designs perform best with an audience, but it won’t necessarily tell you why. Now a combination of AI, analytics and tagging technologies are allowing creatives to go deeper into audience interaction and behavior around a specific design asset.

To that point, Lowell said that in the past he could post a video and understand a few basic things about it, like how many people viewed it and for how long. Now, Lowell’s team uses AI to analyze and tag hundreds of features on every frame of a video, run the video ad against 12 different audiences, get data on how each audience responded and apply those results predictively to the next set of ads they’re planning to run.

Moving forward, creatives need to shift the way they think about using data in design. While it’s important to use data to improve the visual impact of content, it’s also equally vital to design experiences that collect and learn from data. Across all these disciplines, the common thread is imperative for designers to become more data-aware and seek out opportunities to integrate data into the earliest parts of the creative workflow. When done well, data becomes a fluid, self-sustaining element of design and unlocks incredible creative potential.

Don't miss Adweek NexTech, live this week, to explore privacy, data, attribution and the benchmarks that matter. Register for free and tune in.
Ashley Still is vp/gm at Adobe Document Cloud and Digital Media Enterprise.