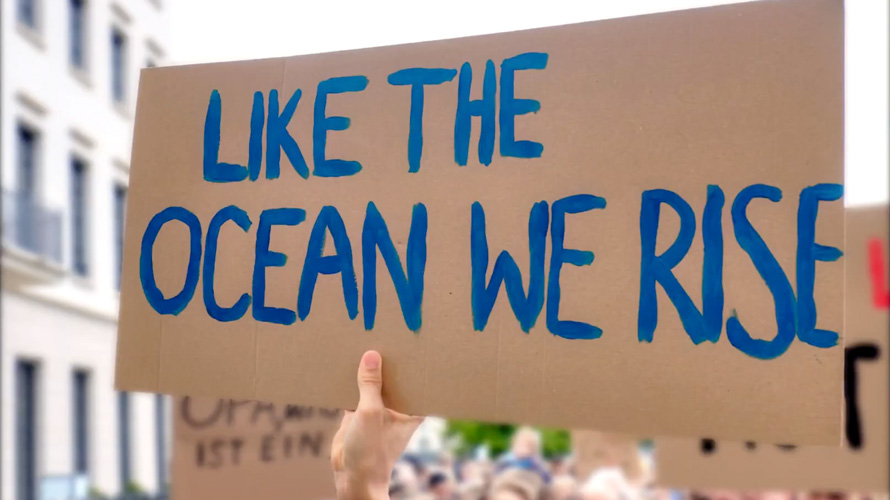 Dole aims to spread news of its sustainability goals through a new global campaign titled "Dear Leaders of the World." - Credit by Dole

A line of superimposed text in a new ad from Dole Packaged Foods, owned by Japan’s Itochu Corporation, states, “We deserve the world we live in. Our children don’t.”

The 90-second spot, titled “Dear Leaders of the World,” is part of the company’s push to build a better future. Told through the perspective of a young girl, the ad campaign questions why we cut down so many trees, depend on plastic that pollutes the ocean, add sugar to food that’s already sweet and let so many children go hungry.

Created in partnership with Lanfranco & Cordova, the spot is scheduled to broadcast around the world in multiple languages, including Japanese, Spanish and English.

According to Rupen Desai, global chief marketing officer of Singapore-based Dole Packaged Foods, the pandemic has helped bring about a new way of thinking that involves “finding a world where people, planet and prosperity all thrive together rather than at the cost of each other,” he said.

As part of its campaign and in an effort to leave the planet intact for future generations, Dole is announcing six goals to address sustainability and food inequality:

“We’re making a big bet on the conscience economy, as we call it—more consumers that make wallet choices based on beliefs,” explained Desai. “We think, increasingly, there is a large population out there that have a very different view of brand affinity, brand persuasion [and] brand choices based on what the company delivers [and] how the company delivers it as well.”

While many CPG companies are striving to become more sustainable, the industry certainly doesn’t have a great track record of protecting the planet.

Throughout the pandemic, for example, consumers have been stocking up on toilet paper. In mid-March, in-store sales were up 216.8% compared to the same time last year, according to Nielsen. A new report from the Natural Resources Defense Council, an environmental advocacy group, argues that the Covid-19 crisis has only heightened the need for alternatives, as traditional methods of producing toilet paper eat away at natural resources, such as the Canadian boreal forest.

“By making toilet paper from ancient forests essential to the climate fight, tissue companies are flushing away our forests and our planet’s future,” said Shelley Vinyard, NRDC’s boreal campaign manager and the report’s co-author, in a statement. “Instead of exacerbating the climate crisis, companies like Procter & Gamble must take urgent action to create more sustainable products. Our planet has no time for the largest companies in the world to take half-measures or deflect blame.”

In late February, the nonprofit environmental organization Earth Island Institute filed a lawsuit against 10 companies, including Nestlé, PepsiCo and Coca-Cola, arguing that they should be held accountable for plastic packaging found in California’s oceans and rivers.