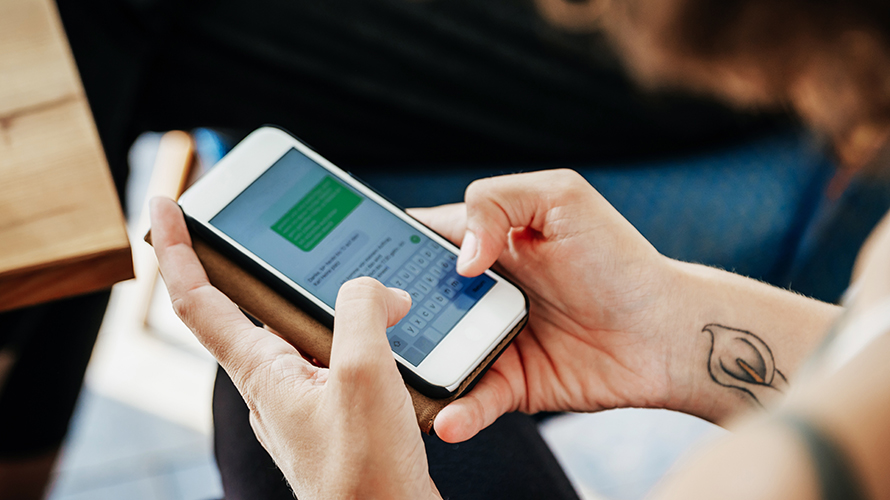 BARCELONA, Spain—While Mobile World Congress has been largely about phones and 5G, the conference has debuted some of the platforms that all this next-gen tech will power.

Platforms that allow chatbots and the tech firms that make them have used the massive global trade show to unveil updates for their messaging apps. For example, Facebook and Viber both announced features that further customize chatbots into their platforms—something they’re hoping both users and brands will use.

These announcements and other revolve around text- and voice-based artificial intelligence services, which have become popular over the past few years. And while voice has been increasingly integrated into everything from fridges to cars, text-based bots have maintained relevance in use cases of customer service and engagement.

Here’s a roundup of what they released:

On Tuesday, Facebook rolled out a way for businesses to embed Messenger into their websites with a customizable interface. The update, part of Messenger Platform 2.3, allows for a chat plug-in that lets brands stray away from the typical Messenger blue with their own text and colors. And while Platform 2.3 initially debuted earlier this month in a smaller beta, this week’s announcement makes the features available to the 17 million businesses with active Facebook Pages.

Along with the aesthetic updates, businesses will be able to now add personal replies when they receive messages. Analytics will show the total number of conversations open between users and a brand’s page, along with the number of new chats opened by first-time users. (Like before, advertisers who want to continue their interactions with users even after the chat has ended will be able to retarget them based on the conversation across Facebook’s broader online properties.)

“Nobody wants to have one use case conversation at a time,” said Stefanos Loukakos, head of Messenger Business. “Nobody wants to do just customer care. If you ask any customer call centers, what they want to do is cross-sell and up-sell.”

While Google chose to host a more consumer-facing area at Mobile World Congress, Facebook rented out a large meeting space closed off to the public, where executives could meet with media, brands and presumably the telecom companies it’s courting from around the world. One exec held a talk for media with five different telecom companies, and as Quartz points out, the social network has been playing “frenemies” with the internet service providers while helping go build out networking technologies.

Tel Aviv-based Viber also chose to expand its messaging app this week, announcing a feature called Viber Communities, which increases the number of people who can participate within a chat from 250 to 1 billion.

The app, owned by Rakuten, Amazon’s rival in Japan, might not be as popular as Messenger in the U.S (only about 10 percent of the population uses it), it’s still pretty popular elsewhere—especially in eastern Europe, North Africa and southwest Asia—with about 950 million users around the world, said CEO Djamel Agaoua.

Over the past year, it’s opened up a way for brands to create communities to engage with customers for free—similar to Facebook’s pages. However, a brand can advertise by paying extra to push promotions. (That’s to keep the platform from becoming too sales-heavy, which is a common criticism of Facebook.)

“We’ve noticed there is a big change in the behaviors of the users in terms of the appetite for large conversations,” Agaoua said. “And what a surprise for us, because we always thought chat was mainly one-on-one, but we saw the number of group messages increasing like hell the last two years. Probably because people are bored by the Facebook pages and walls where a lot of chats have no meaning, no follow-up. And we saw that people were organizing chats for large groups.”

The communities, which have a “tiered-management” in order to moderate, can be sponsored by brands, sports leagues, musicians or fan clubs that might want to reach a larger audience. Users can also connect with brands’ catalogs for shopping. Viber is also using its own artificial intelligence to monitor and moderate messages for safety.

“People are not scared to participate in a group that’s felt by hundreds of thousands of people. And it’s not a mess. Just like in real life, some people like to talk more, some less.”

The platform, Converse, makes it easier for brands to design, prototype and publish their own chatbots in a way that CEO Oren Jacob said is similar to how photographers might use Adobe Photoshop.

While many bots up until now have had varying degrees of use, Converse’s voice AI is meant to help copywriters personalize it with different voices and speech patterns.

These skills might soon enable your fridge to talk with a bit more zest.

“The giant majority of skills are wildly pedestrian and kind of boring, and if you invite that person into your house for dinner and all they said was ‘yes,’ ‘no,’ and ‘error,’” Jacob said. “You probably wouldn’t invite them back again.”