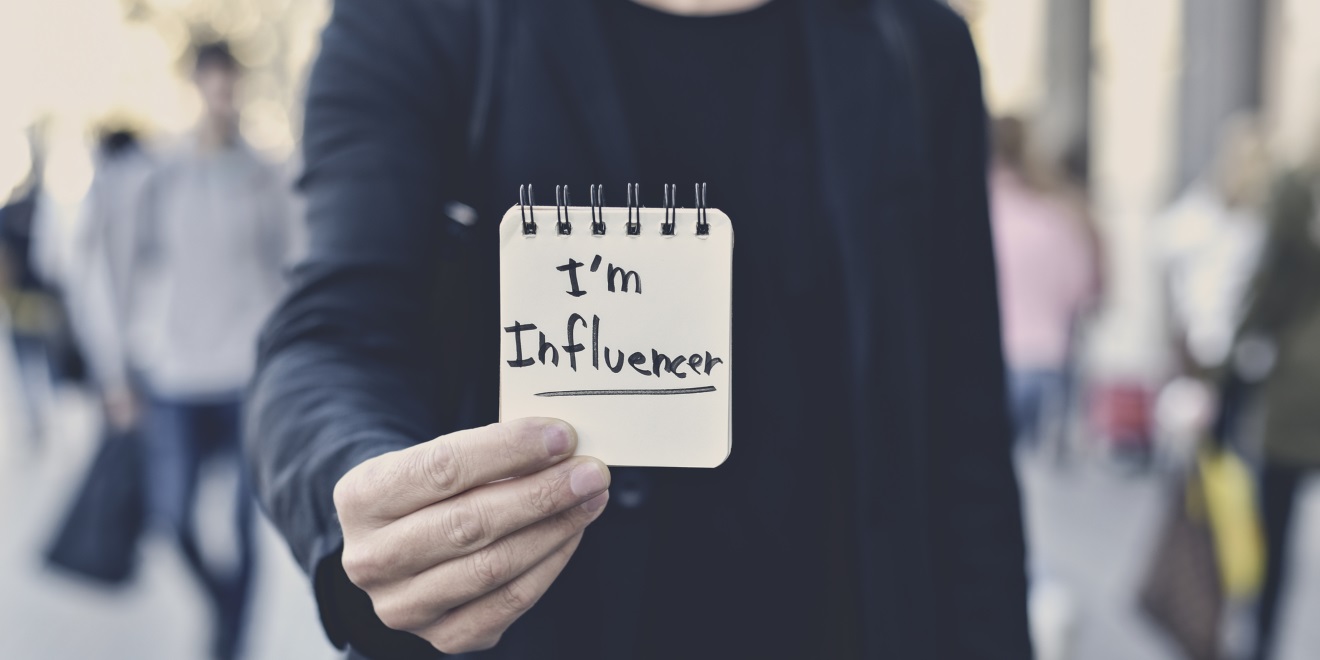 The unexpected growth of influencer marketing means that dollars are often spent without a clear sense of return on investment or best practices.

According to a recent survey, 38 percent of marketers are unable to tell whether influencer activity actually drives sales, and 86 percent are unsure how influencer fees should be calculated.

Influencer marketing has been defined by brands deploying pricy deals with A-list celebrities and mega-influencers like Selena Gomez and Amber Rose in a bid to reach the widest audience possible.

However, not every brand can afford premium celebrities. As a result, budget-conscious brands are working with a wider range of influencers, often prioritizing engagement quality over scale.

While mega-influencers can rack up follower counts in the millions, brands can still generate quality engagement—along with an increased perception of authenticity—by partnering with smaller influencers whose images reinforce specific brand values.

L2’s Influencers report reveals a marketplace of widely divergent strategies, even within industries. Some brands opt for a large cast of smaller, strategic influencers; some focus their investments on one or two high-profile endorsements; and still others adopt a hybrid approach, relying on both social media powerhouses and niche personalities.

L2 researchers collected all Instagram content shared by the 1,145 brands featured in any Digital IQ Index between April 2016 and June 2017, which amounted to more than 2 million posts. Over 5,000 unique influencer accounts were mentioned in total, with 922 brands mentioning at least one influencer and the most active brand, Red Bull, mentioning more than 400. Influencers were then categorized into seven segments based on how many followers they had. 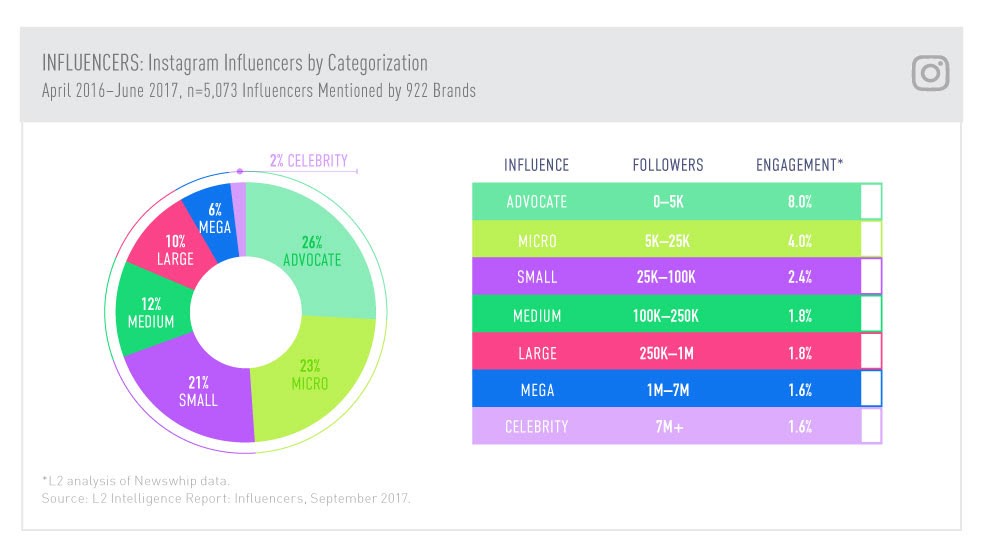 Brands mentioned an average of 24 influencers during the study period, with luxury and beauty brands mentioning over 30. However, it’s important to note that Instagram mentions provide only a glimpse into the full scale of influencer partnerships, as some brands may sponsor dozens more influencers than they mention explicitly on their social media properties. This is especially true in the beauty industry, where brands often work with scores of smaller influencers in order to flesh out brand awareness among key market segments. 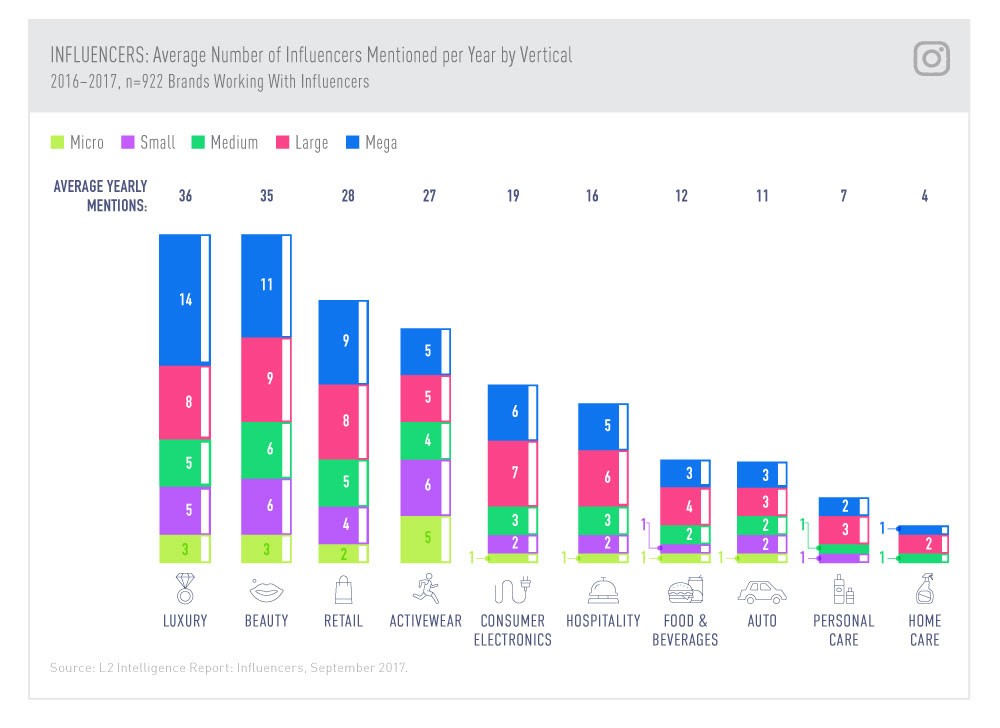 Across categories, the study finds mega influencers mentioned more frequently than any other class of influencer. Activewear is a notable exception. There, the preponderance of influencers belongs to the medium class, which includes many of the athletes that are central to activewear campaigns.

L2’s study finds a strong inverse correlation between follower count and engagement rate in the Advocate to Low classes. However, engagement levels out at just below 2 percent in the Medium to Celebrity classes.

As brands seek to navigate the still-emergent landscape of influencers, they should start with an end goal in mind. Celebrity influencers work best with product launches and tentpole campaigns where scale is key, while the network effects of micro influencers can increase brand awareness with new consumers, as well as engagement with existing ones.

Brands should also be sure to choose influencers whose cadence, authenticity and previous sponsorships are consistent with broader branding efforts. Above all, they must be cognizant of the fact that not all influencers are created equal.