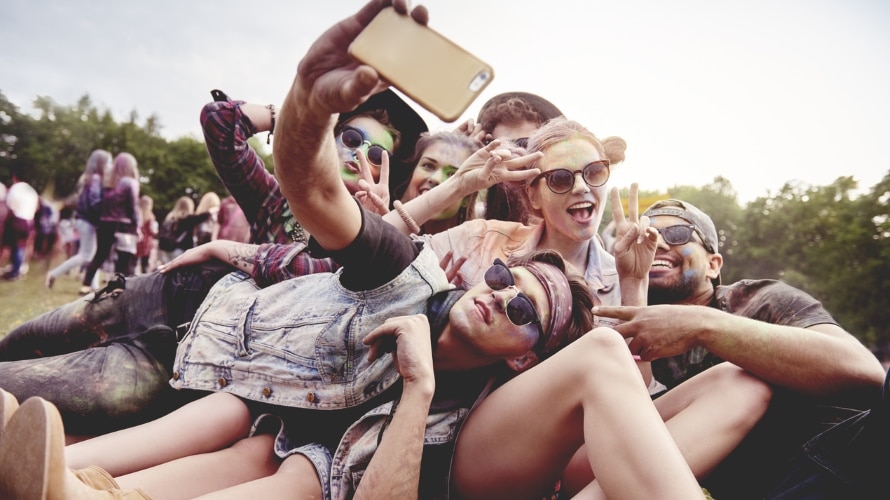 Although the world is becoming more digital by the day, experiential marketing is gaining newfound momentum. While consumers are used to gathering information and making connections via electronic means, nothing can quite take the place of face-to-face contact.

In fact, Freeman chief marketing officer Chris Cavanaugh says that marketers believe brand experiences build loyalty: “We found that almost 60 percent of CMOs said they valued brand experience for its ability to create ongoing relationships with key audiences. Nine out of 10 respondents said they felt that brand experience delivers strong face-to-face interaction and more compelling brand engagement. And more than two-thirds of them agree that this medium is an effective way to achieve their business objectives.”

The problem? While many brands value the social currency of experiential marketing, they often aren’t leveraging it well enough to build the buzz and loyalty they’re after.

Part of the allure of exponential marketing is the fact that events have the capacity to go viral. By using an event hashtag, providing photo opportunities and driving visuals that are Snap-worthy, brands position themselves to fuel both their event’s success and their brand’s.

But going viral, as we know, is really hard. Time reported that researchers found that only 1 percent of tweets were shared more than seven times. And while there’s debate about whether timely or evergreen content stands a better chance of spreading like wildfire, a single image can make a massive difference in how likely a tweet or Facebook post is to be shared. And that’s not counting Instagram and Snapchat, which are firmly visual-based platforms. If there’s one thing live events offer in spades, it’s high-quality visuals.

Most high-performing brands (91 percent) focus on live events more strongly than underperforming or performing-as-expected companies. That’s because they understand, as brand and event experience agency Surkus CEO Stephen George says, that consumers see companies as people—they know that live events attach a face to the brand and humanize it.

“Brands are clearly understanding that they need experiential marketing, and they want to couple that with social amplification,” George adds. “Many start with influencers in an effort to hit vanity metrics like reaching 2 million people, but if the people seeing those posts are fake followers or not on-brand with what the influencer usually posts, they don’t have a big impact.”

Weakening their own efforts

George says his company is able to curate the ideal audience for its clients using Surkus’ algorithm to match members based on their expressed interests. In return for rewarding members with access to a variety of experiences, like brand launches and concerts, they’re asked to post a photo to social media or take a survey. Members are given the opportunity to share these experiences with their friends, build awareness around these experiences and drive their social following to future events.

The importance of this approach is that it’s authentic, and authenticity leads to virality. As Joseph Ayoub, founder and CEO of digital marketing firm Creaze, said, “Users are much more likely to share posts with their friends and engage in the comments if they connect to the story you’re telling on a personal level.” If a post feels disconnected or half-hearted, it won’t go anywhere—and it won’t heighten interest in expensive and essential events.

Many experiential marketing agencies are great promoters, but their scope is limited: They have robust lists of people, and they find unique ways to incorporate these consumers into every event they promote. But these users have in no way been qualified as ideal consumers for the brands they’re interacting with.

Rather than scanning an event and determining its success by how full the crowd looks, brands have to go one step further and focus on quality, not quantity, to boost their ability to capitalize on events’ social currency.

“You want to market to people who are captured by your hook, but if you want customers for the long term, you have to offer them a way to connect,” George explains. “You want them to become ambassadors, give feedback, and engage—that’s more important than short-term revenue. You want to convert someone who will generate revenue for the next 20 years.”

There are a few ways brands jumping on the experiential bandwagon can hedge their bets to make their events as social-minded as possible:

Consumers want to interact with brands and get to know the face behind the mask. Events present the perfect opportunity for companies to remove their masks and talk directly with the people who make them successful. But without a focused social effort, these events won’t live up to their potential—and brands won’t build the buzz or loyalty they’re after.