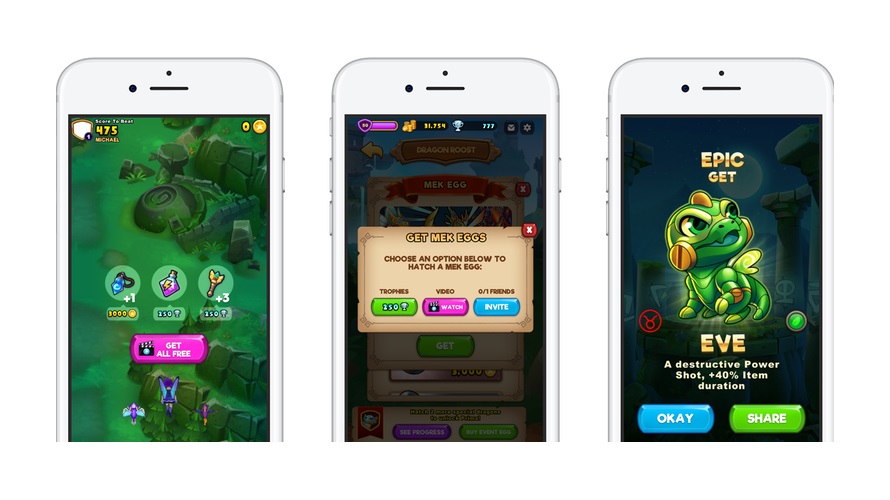 Facebook is now testing interstitial and rewarded video ads in Instant Games, its HTML5 cross-platform gaming service that allows users to play asynchronous games with their friends in Messenger and News Feed.

The test is being held with “select game developers.”

In a blog post, Facebook product manager Mike Weingert commented on the test: “During this testing phase, Instant Games will use demand from Audience Network to deliver ads in-game, and players can expect to see ads during gameplay sessions in titles such as Blackstorm’s Everwing and FRVR’s Basketball FRVR. Rolling out initially with a small set of games allows us to test and learn the best ways for developers to integrate ads so that they enhance the gaming experience while offering a path to monetization.”

He continued, “Based on the results from these initial tests, we’ll begin to enable interstitial and rewarded video ads with additional developers over the coming weeks, as well as further optimize the ad platform. We will also unlock more developer tools for measurement and ad optimization. Opening these capabilities will eventually allow developers to generate revenue from their titles and invest more in further development.”

In addition to testing ads, Facebook has also begun “initial testing” of in-application purchases on the Instant Games platform.

Finally, additional tools are now available for the platform’s developers.

Weingert explained, “As we start to test monetization, we are also making it easier for our closed beta developers to submit and launch games directly on the platform with a more robust tool set. Integrating additional monetization features and adding better tools are two critical components to have in place prior to opening the Instant Games platform more widely.”

Instant Games initially launched in 30 countries in November 2016 and began rolling out to all Messenger users last May.