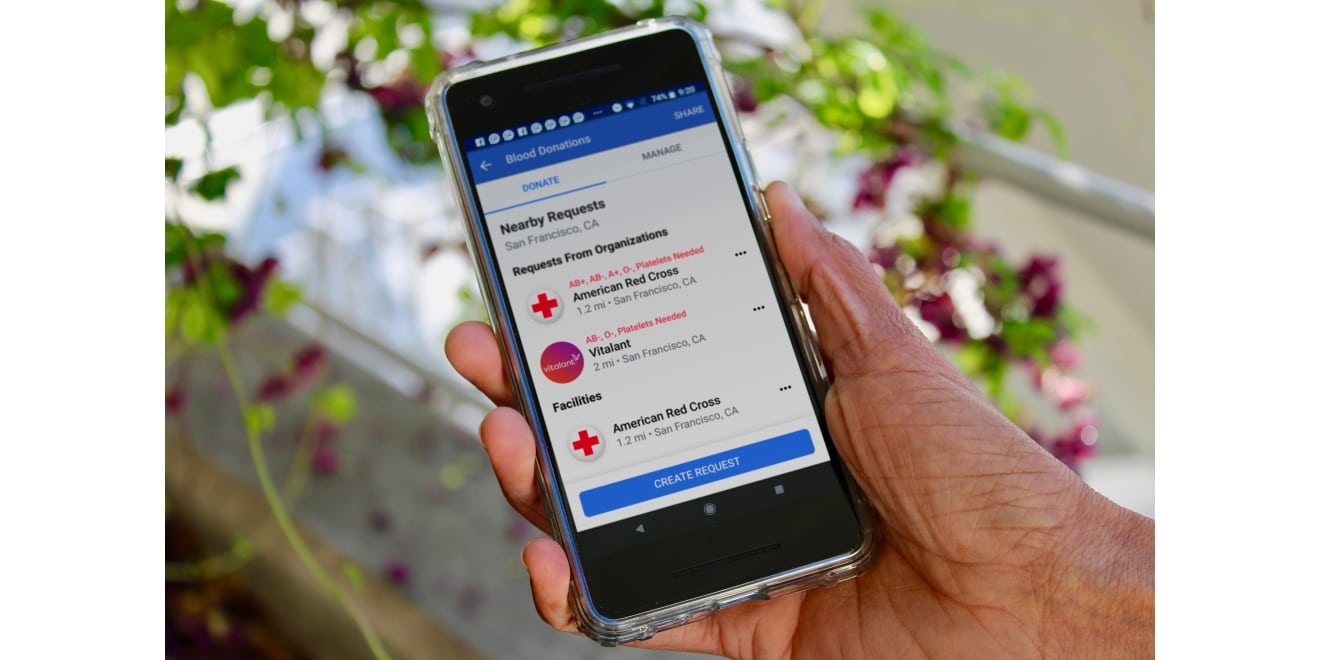 The Blood Donations feature Facebook initially introduced in India in October 2017 is coming to the U.S.

Blood Donations will debut in Chicago, New York, the San Francisco Bay area, Baltimore and Washington, D.C., before expanding throughout the U.S. over the next few months.

Vitalant vice president of marketing and communications Mitzy Edgecomb said in a Newsroom post, “Tens of thousands of blood donors are needed each day across the U.S. to transform the lives of patients requiring blood transfusions. Summer and winter are notoriously difficult times for collecting enough blood donations, but the need does not stop and can even rise due to increased travel, activity, adverse weather events and cold and flu season, among other factors.”

Starting Wednesday, Facebook users in the initial U.S. markets can sign up to be blood donors via the Blood Donations option in the About section of their profiles. Once this is done, blood donation centers in need of donors will be able to send those users notifications to request their help. 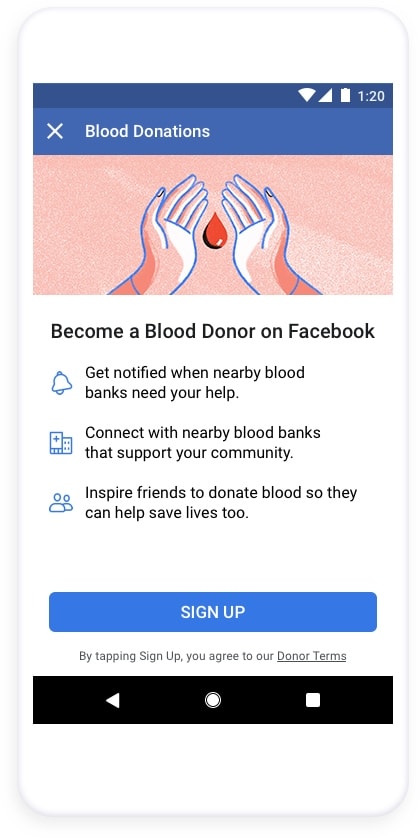 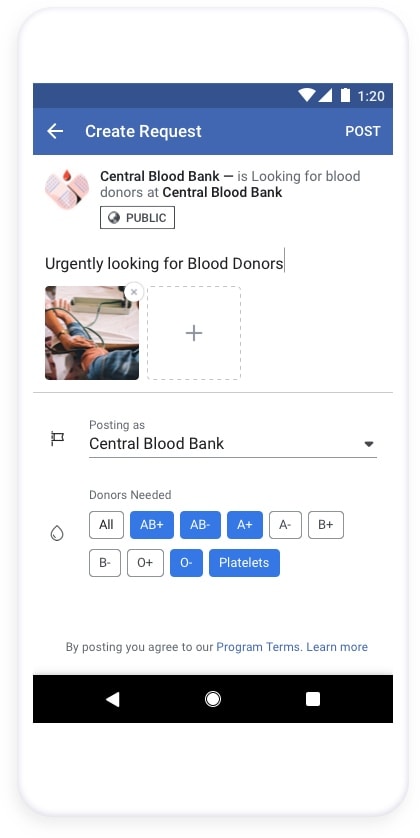 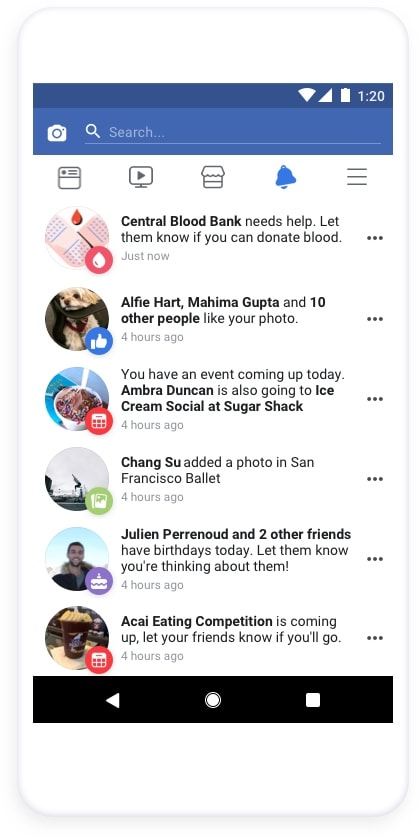 The Blood Donations feature was extended to Brazil last May and to Bangladesh and Pakistan last June.

Facebook director of product, health Hema Budaraju said in the Newsroom post that over 35 million people have signed up to be donors through the social network, and 20% of people surveyed by partner blood banks in India and Brazil said Facebook influenced their decisions to donate blood.

America’s Blood Centers CEO Kate Fry added, “Through our partnership with Facebook, individuals will be able to conveniently find and connect with their local blood center to help meet the ongoing need for a diverse pool of blood donors in the U.S. and share their experiences and the importance of blood donation. By encouraging blood donation as a way of life, each of us can assure that the more than 30,000 pints of blood used daily throughout the country is available.”

World Blood Donor Day is coming up June 14, and Facebook will host blood drives in some of its offices and run awareness campaigns in Brazil and India.

The social network is also teaming up with the American Red Cross and Vitalant on the Missing Types campaign in the U.S., and it will post information on several of its channels to drive awareness about the need for donors.

American Red Cross senior vp Cliff Numark said in the Newsroom post, “We are grateful to Facebook for supporting the Missing Types campaign, which underscores the critical need for blood donors. This campaign comes at exactly the right time, as busy summer schedules make it extremely challenging to sign up sufficient blood donors. And Facebook’s new Blood Donations feature makes it even easier to make a lifesaving donation.”

And Budaraju concluded, “We hope that bringing the Blood Donations feature to the U.S. will make people more aware of the ongoing need for donations and that communities come together to help ensure everyone has access to safe blood when they need it.”