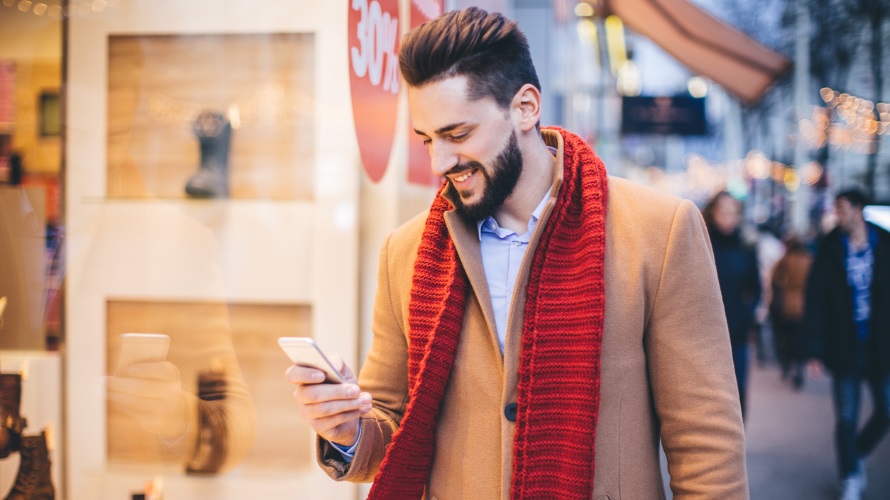 An overwhelming majority of shoppers access mobile devices while they are in stores. - Credit by svetikd/iStock

On Monday, Facebook reinforced its focus on retail brands at Shoptalk in Las Vegas with its introduction of three new advertising tools.

Last September, the social network added the ability for retailers to build custom audiences of Facebook users who have previously made offline purchases from retailers, as well as to create lookalike audiences to help discover new potential shoppers with similar characteristics. Facebook took it one step further with Monday’s addition of store sales optimization to its offline solutions, allowing retailers to use machine learning to zero in on those most likely to make purchases in their stores.

Retailers’ store sales data is factored in alongside customers’ patterns of behavior across in-store shopping, online shopping and on Facebook.

Facebook group director of global marketing solutions Eva Press pointed out that the 2017 holiday shopping season was only the second where more purchases happened on mobile than on desktop, adding that 90 percent of shoppers access mobile devices while in stores, and retailers are expected to deliver highly relevant experiences.

Press said customers are two-thirds more likely to shop with retailers that remember their preferences, adding that store sales optimization presents “a tremendous opportunity for businesses to build a bridge between online and offline experiences.”

For those concerned about the privacy aspects of this feature, Facebook said users can opt out of ads based on information it receives from offline interactions.

Facebook also enhanced its Canvas full-screen immersive mobile ad product with the addition of tabs that will bring personalized catalogs to users.

“Consumers have really begun to move away from print marketing, and it’s created challenges. Print catalogs were especially good at driving product discovery,” said vp of global marketing solutions Simon Whitcombe, adding that bringing those elements of “storytelling, product information and beautiful imagery” to mobile devices has been difficult.

The social network said users will see collection ads with “category-level” images, and the first tabs they see will be the categories that are likely of most interest to them. Those categories will be “constantly changing” in order to reflect their interest and behaviors.

Whitcombe offered the following example: If someone has been browsing furniture and home goods sites and looking at bedroom furniture, the first tab they will see in their News Feed will be a bedroom tab.

Sephora ran a Canvas campaign that used tabs and saw a 32 percent higher return on ad spend than previous campaigns.

Finally, brands can now incorporate category-level images into their dynamic ads, reaching people who have expressed interest in general categories but not specific products.

Whitcombe said some shoppers may not arrive at unique product pages on websites, but their interest in specific categories, based on their browsing activity, enables partners to “reach people earlier in the shopping journey.”

Early tester TechStyle Fashion Group saw cost-per-acquisition down by between 24 percent and 58 percent across its portfolio of brands—which includes women’s activewear retailer Fabletics—when compared with people in its test group who were served dynamic ads without the new functionality.