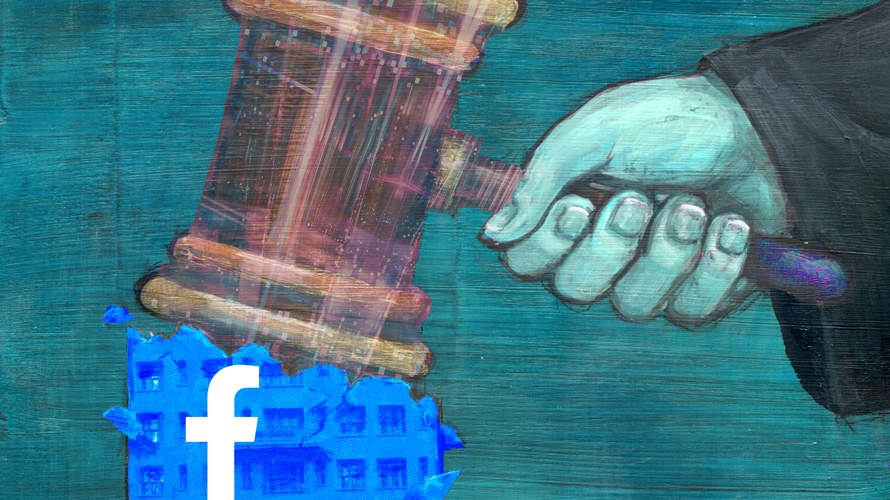 Four app developers filed a class-action lawsuit against Facebook late Thursday in the U.S. District Court for the Northern District of California, seeking to put a stop to “the most brazen, willful anticompetitive scheme in a generation.”

Law firm Pierce Bainbridge Beck Price & Hecht represents the plaintiffs, who allege in the lawsuit that the more data Facebook collected on its users, the more attractive its social network became to those users, creating what it called a “social data barrier to entry,” or SDBE.

They blamed that SDBE for the demise of Google+ despite Google’s “massive resources and user base,” thus setting up what the lawsuit claims is illegal monopolistic behavior.

Facebook dismissed the validity of the suit, with a spokesperson saying in a statement, “We operate in a competitive environment where people and advertisers have many choices. In the current environment, where plaintiffs’ attorneys see financial opportunities, claims like this aren’t unexpected, but they are without merit.”

Pierce Bainbridge attorney Brian Dunne, co-lead counsel for the plaintiffs, said in an email, “To cover for the incompetence of its leadership, Facebook wooed developers and then either killed their apps or forcibly took their data.”

According to the lawsuit, the emergence of smartphones led to apps designed specifically for those devices, with functionality that overlapped with features offered by Facebook such as messaging, photo sharing, dating, check-ins and payments.

By 2011, Facebook’s failure to create its own mobile app threatened its dominance, and its initial effort on that front “was buggy and slow, garnering one-star ratings in the Apple App Store and crashing more often than it worked.”

With Facebook’s May 2012 initial public offering approaching, the plaintiffs allege that Facebook executives realized that while its developer platform enabled third-party developers to build social apps that drove engagement on Facebook and created revenue for the company, the platform was also giving those developers access to Facebook’s network of users, which those developers were engaging more creatively.

“With its market dominance in imminent danger, Facebook moved to extinguish the mobile threat, to obtain a sustaining foothold in the social data and social advertising markets and to prevent any newcomers from building rival social networks,” according to the lawsuit. “To do so, [CEO Mark] Zuckerberg and Facebook’s most senior executives hatched an anticompetitive scheme of unprecedented scale.”

In the first part of the scheme, the plaintiffs alleged that Facebook identified potential competitors and cut off their access to key app-programming interfaces that provided them with the social data they relied on for growth—this despite executives and engineers within the company expressing their opinions that the moves “lacked any legitimate or technical justification.”

The process started April 30, 2014, with the introduction of Facebook Login and Graph API 2.0, and the company did its best to conceal the news, saying in its blog post at the time, “We are removing several rarely used API endpoints,” when those endpoints were in fact used by tens of thousands of third-party apps, according to the suit.

The plaintiffs noted that the changelog referred to in the blog post is no longer online, and that the removal of access to the APIs was not mentioned during Zuckerberg’s keynote or during any of the 20 sessions at the social network’s F8 developer conference.

The next step was to enter into whitelist and data-sharing agreements with direct competitors such as Pinterest and Foursquare, as well as with apps that generated large amounts of user data through engagement, such as Tinder, cutting off those competitors’ access to Facebook’s core platform APIs if they did not share their social data.

The plaintiffs allege that Facebook then went after direct competitors that did not rely on its social data and user base by revoking their ability to use its platform and banning them from buying its social data via advertising. WeChat and Line were cited as examples.

Finally, the suit contends that Facebook used mobile surveillance technology from Onavo, a company it acquired in October 2013, to determine the severity of the threats posed by Instagram and WhatsApp before “moving forcibly to acquire both companies,” in September 2012 and February 2014, respectively.

Pierce Bainbridge partner Yavar Bathaee, co-lead counsel to the plaintiffs, said in an email, “Facebook faced an existential threat from mobile apps and, while it could have responded by competing on the merits, it instead chose to use its might to intentionally eliminate its competition. Facebook deliberately leveraged its developer platform, an infrastructure of spyware and surveillance and its economic power, to destroy or acquire anyone that competed with it.”

The lawsuit comes at a time when tech companies are under scrutiny from lawmakers and governmental agencies. In October, 47 state attorneys general, led by New York’s Letitia James, began investigating the social network “to determine whether Facebook’s actions stifled competition and put users at risk.”

This followed July’s Congressional hearings where Facebook, Google, Apple and Amazon were dragged to Washington, D.C. to face House committees about anticompetitive behavior.

“Congress and antitrust enforcers allowed these firms to regulate themselves with little oversight,” said Rep. David Cicilline (D-R.I.), the antitrust committee’s chairman, during his opening remarks. “As a result, the internet has become increasingly concentrated, less open, and growingly hostile to innovation and entrepreneurship.”

Thursday’s class-action lawsuit describes Facebook’s plan to integrate the messaging infrastructure of Facebook, Instagram and WhatsApp as “deliberately intended to avoid regulatory divestiture of assets, to consolidate the geographic regions it controls through its various apps and to finally flex the market power it acquired through those mergers.”

The lawsuit emerged after NBC News published a trove of internal Facebook documents that, according to the lawsuit, “laid bare the truth about defendants’ scheme.”