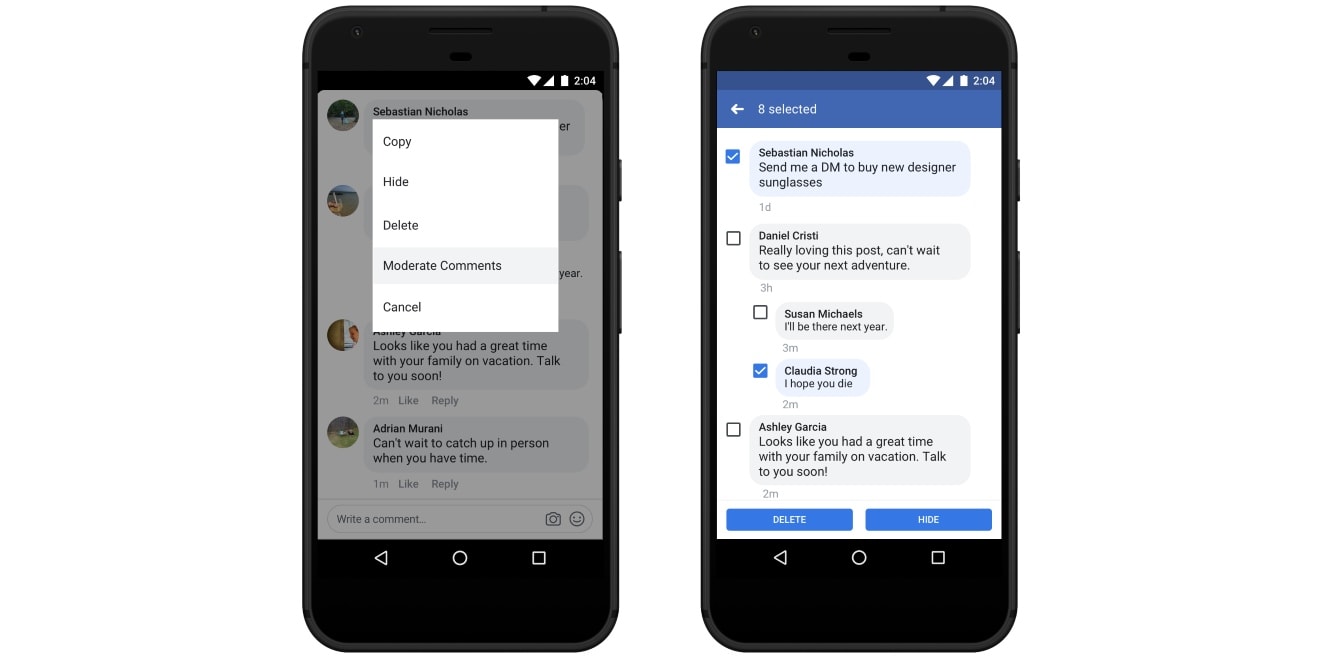 Facebook introduced new tools and programs to help combat cyberbullying and harassment on the social network, including an easier way to deal with multiple comments simultaneously.

Global head of safety Antigone Davis detailed the social network’s new comment moderation process in a Newsroom post, saying that people can now hide or delete multiple comments at once from the options menu on their posts, and adding that Facebook is testing ways for people to more easily search for and block offensive words from appearing in comments on their posts.

The new comment moderation feature began rolling out on desktop and Android Tuesday, with iOS to be added in the coming months.

Davis also said people who see instances of their friends or family members being bullied or harassed can use the menu above the specific posts to report that abuse, after which Facebook’s community operations team will review the posts, keep reports anonymous and determine whether the social network’s community standards have been violated.

In cases where people feel that their content has been unfairly removed for bullying or harassment, they will be able to request secondary reviews. That process had already been in place for content removed for violating Facebook’s community standards for nudity, sexual activity, hate speech or graphic violence.

Davis also addressed the fine line between permitting “open and critical discussion” about public figures and protecting those public figures from harassment.

She said Facebook expanded its policies earlier this year to protect young public figures on the social network, and those protections will be extended to all public figures in the coming weeks, adding, “For example, severe attacks that directly engage a public figure will not be allowed under the new policy.”

She concluded, “We hope the additional steps we’re taking will help people who face bullying and harassment on Facebook. We know our job is never done when it comes to keeping people safe, and we’ll continue listening to feedback on how we can build better tools and improve our policies.”