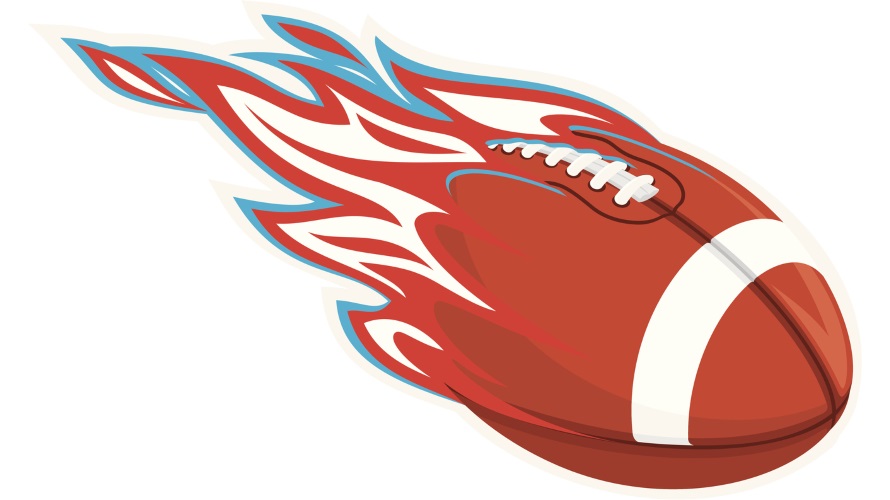 Oprah Winfrey and the National Football League sizzled on Facebook in January, while holidays were on the brains of Instagram users, specifically Martin Luther King Jr. Day and Valentine’s Day, according to Facebook IQ’s lists of Hot Topics for the month.

Winfrey and Kevin Gates dominated discussion about people on Facebook, while Instagram users discussed Rich the Kid, to a much lesser degree.

The NFL was behind almost all sports talk on both social networks, along with related topics such as Super Bowl LII, Philadelphia Eagles, New England Patriots, Minnesota Vikings, Jacksonville Jaguars and Tom Brady.

The Facebook-owned photo- and video-sharing network saw its January ruled by talk of the two holidays mentioned above, as well as the 60th Annual Grammy Awards and the 2018 Women’s March. The latter did not resonate on Facebook in January, for some reason, but the social network saw plenty of conversation about the first three.

The 75th Annual Golden Globe Awards and NBC’s This Is Us led entertainment talk on Facebook in January, while Winfrey, Black Mirror and The Greatest Showman joined the Golden Globes on Instagram’s list. 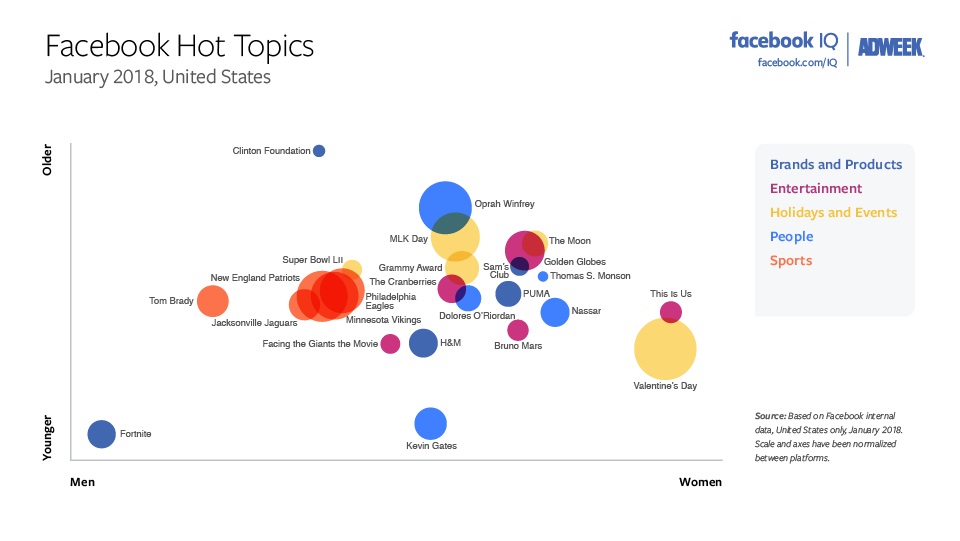 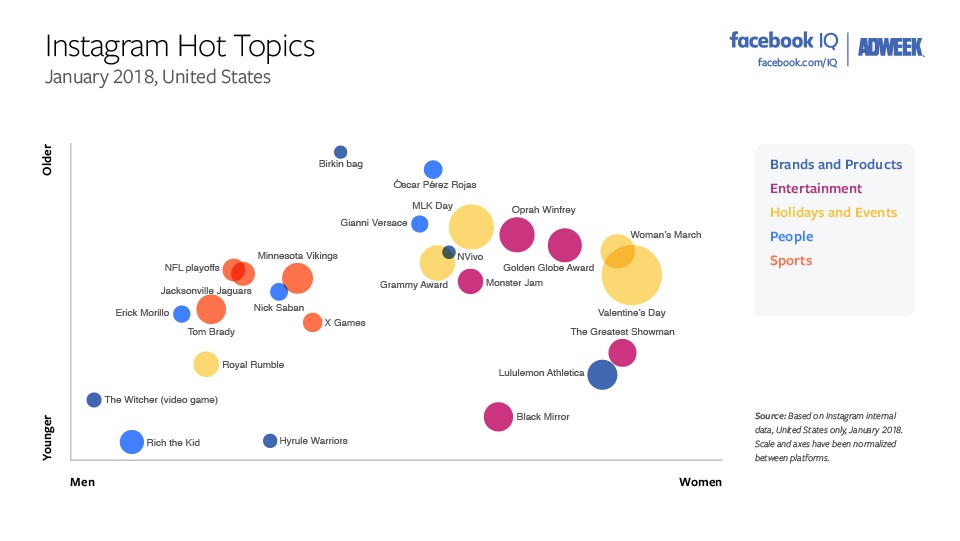