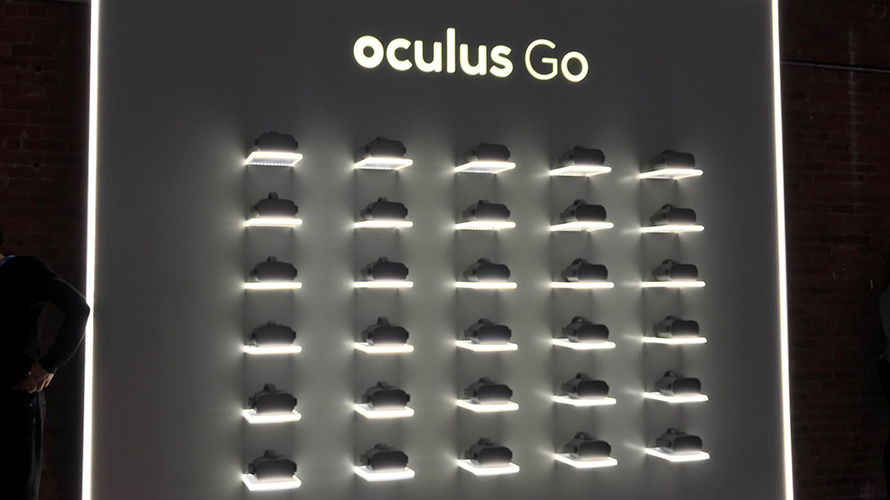 The Go is priced at $199 and doesn’t require a PC or a mobile phone. - Credit by Marty Swant

In its most mainstream push yet to combine fashion and tech, Facebook is opening a pop-up shop for its new virtual reality headset.

Today, in Manhattan’s SoHo shopping district, the social media company will be letting visitors demo the Oculus Go. The device, which began shipping earlier this month during Facebook’s annual developer conference, is the company’s consumer-friendly version of VR, both in price and usability. Unlike the Oculus Rift, which is $399 and requires a powerful desktop computer, the Go is priced at $199 and doesn’t require a PC or a mobile phone.

With shelves of headsets displayed like shoes in a Nike store, the one-day event is trying to turn VR headsets into an accessory accessible to anyone instead of the awkward and clunky alternative sets that are in the market. Most of the branding and messaging of the Rift (as well as other companies with VR headsets, like Sony and HTC) has been aimed at gamers thus far.

The night before the Oculus pop-up, located at 503 Broadway in New York, dozens of journalists, “influencers” and other guests showed up to try out Go.

Some were trying VR for the first time, shutting themselves out from the real world (and the real life DJ), trying any of a number of the VR apps. An art installation covered the ceiling, and it gave a sense of some of the VR experiences—there was an astronaut to symbolize the VR experience for space, a dinosaur for a short film based on Jurassic Park and popcorn to symbolize a new way to watch 2D movies in VR with Netflix and Hulu.

While Facebook is just beginning its broader marketing push, CEO Mark Zuckerberg has said he wants to get 1 billion people excited about VR.

Facebook isn’t the first company to set up a pop-up for VR technology. After Google debuted its similarly priced View headset last year, it opened up a space for weeks in another part of Manhattan, where it also featured other Google products like its Pixel smartphone and Google Home smart speaker.

Meanwhile, Samsung has had its own brick-and-mortar space in Manhattan’s Meatpacking district for years. There, people can’t buy the Gear VR, but they can stop in to go VR surfing, sleigh-riding and skiing, among other activities. 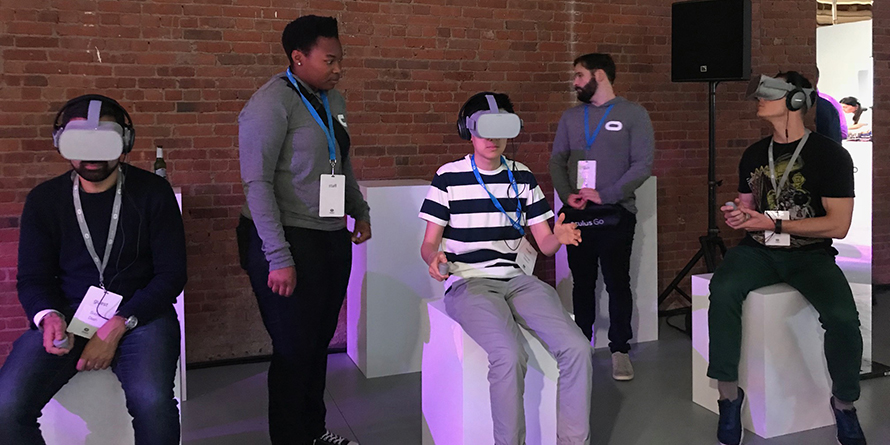 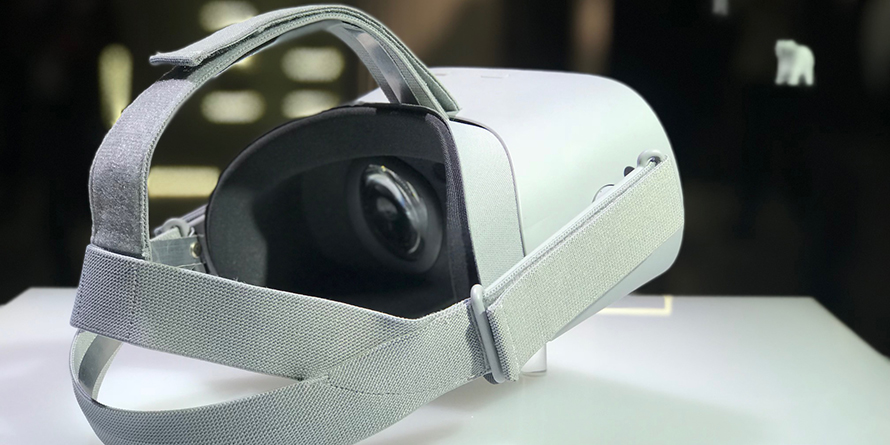