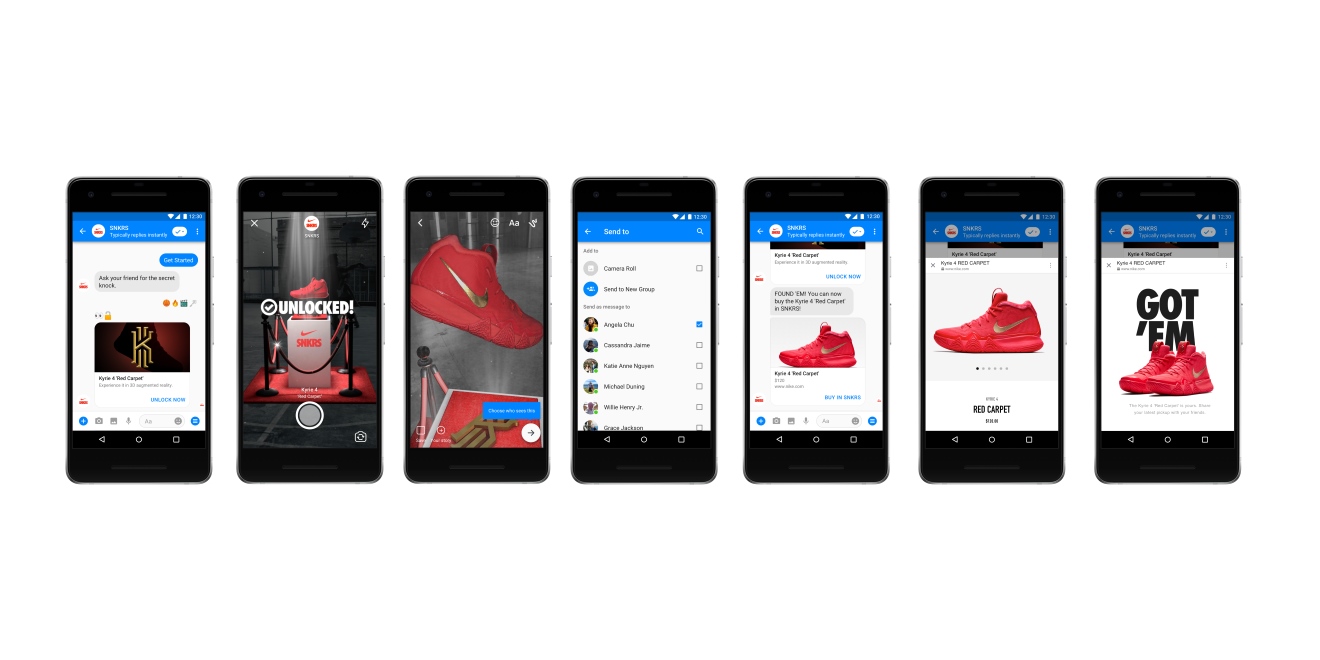 Facebook vice president of messaging products David Marcus wrote in a Newsroom post that there are currently more than 300,000 active Messenger bots and over 200,000 developers on Messenger Platform, adding that more than 8 billion messages are sent between people and business on Facebook’s flagship messaging application each month.

The social network announced at F8 that Asus, Kia, Nike and Sephora are the first brands to debut AR effects for their Messenger experiences, adding that other brands can join the wait list to integrate AR into their experiences on the messaging app via Facebook Camera effects.

Asus is using the new features to “bring the unboxing experience to virtual life.”

Kia will allow users to personalize and customize the Kia Stinger.

Nike is dropping a new pair of sneakers via Messenger and offering a “red-carpet” sneak peek.

And Sephora is enabling people to virtually try on new makeup.

Marcus wrote that when people interact with brands on Messenger, those brands can prompt them to open the app’s camera and access brand-specific filters and AR effects, adding that images or videos containing those elements can be shared in Stories, groups or one-on-one conversations, or saved to users’ camera rolls.

He added, “Blending AR effects and messaging solves a real problem for people shopping online. There are so many situations where we need to visualize a product before we feel comfortable buying it. We often seek input from our friends and family before making a purchase. This feature—launching in closed beta—leverages the nature of messaging to help people get valuable, instant feedback about purchases, customizations and more, without ever needing to set foot in a store. This feature is the latest addition for our AR Studio, which powers expressive and immersive experiences across our family of apps.”

Facebook also announced that Messenger’s suggestions from M will be extended to provide translation suggestions for different languages in the social network’s Marketplace commerce section.

When Marketplace users receive messages that are not in their native languages, Messenger’s M will ask them if they want to translate those messages.

The feature is launching the U.S., for English and Spanish conversations, and Marcus said Facebook intends to expand it “in the coming weeks.”

Translations from M is launching the U.S., for English and Spanish conversations
Facebook 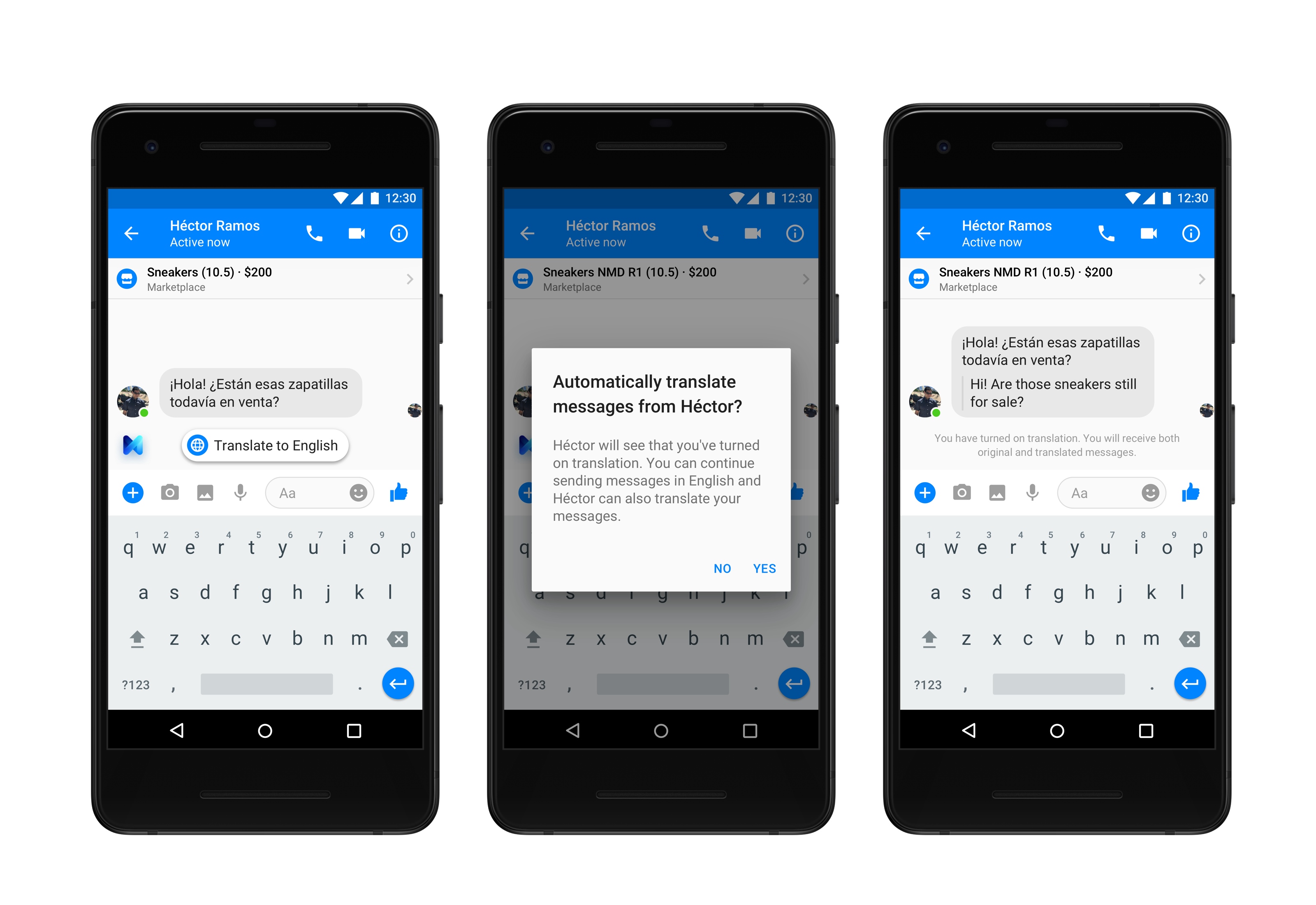