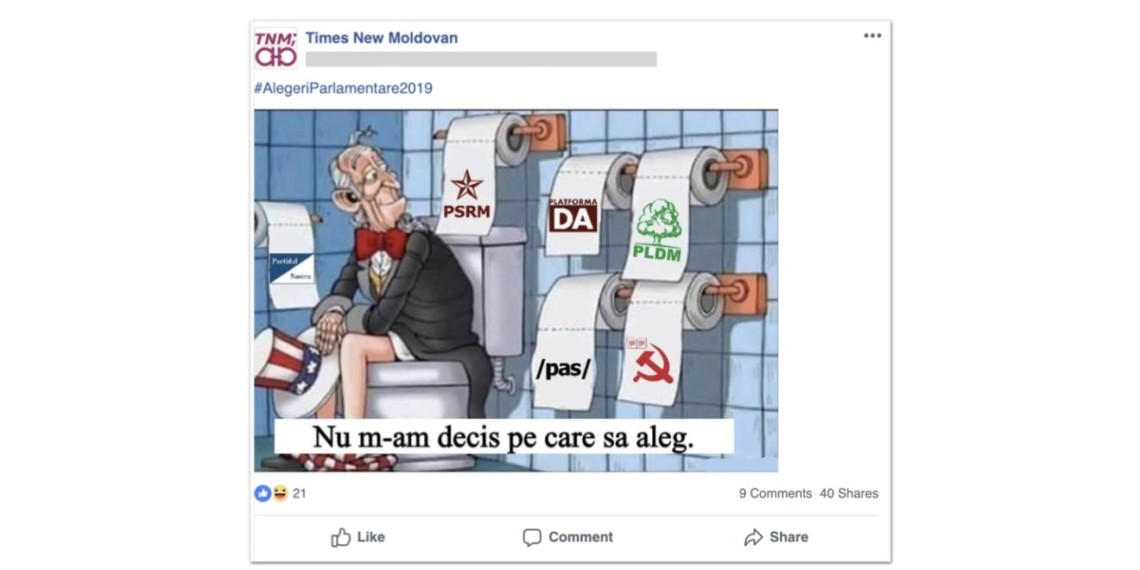 Parliamentary elections will be held in Moldova Feb. 24, and Facebook took steps to safeguard the vote in that country from manipulation via its platform.

The activity originated in Moldova, using a combination of fake accounts and authentic accounts to post about local news and political issues, such as requiring education in Russian or English, and reunification with Romania.

Manipulated photos, divisive narratives and satire were also part of the mix, as was impersonation of the page of a local fact-checking organization to call out other pages for spreading fake news.

Gleicher said some of the activity was traced to employees of the Moldovan government.

Gleicher said less than $20,000 was spent for ads on Facebook and Instagram, with payment in dollars, euros and Romanian leu.

He added, “We identified these accounts through our internal investigation into Moldova-linked coordinated inauthentic behavior. Our investigation benefited from a tip shared by a local civil society organization.”

Below are some examples of content from the banned pages: 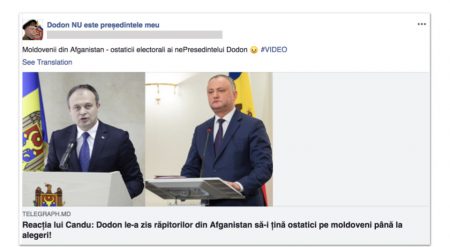 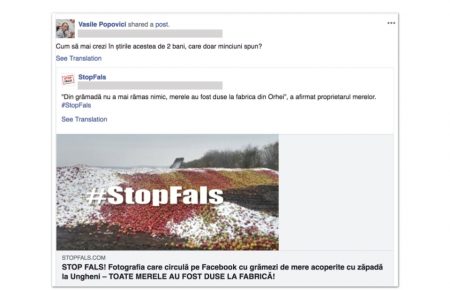 Caption: How can you believe in this worthless news which only tell lies?
Facebook 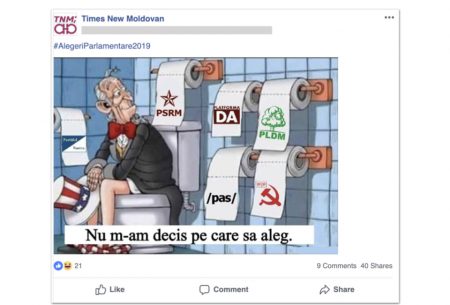 Caption: #ParliamentaryElections2019. Image text: I did not decide who to vote for
Facebook 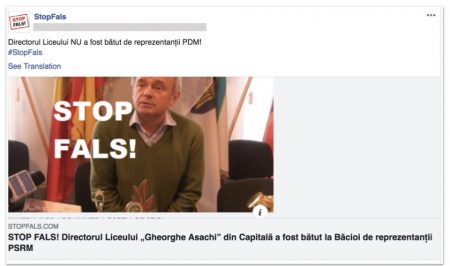 Caption: The high school principal was NOT beaten up by the PDM representatives! #StopFals
Facebook 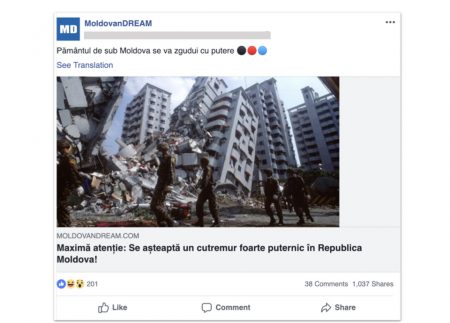 Caption: The ground underneath Moldova will shake with power. Headline: Attention: In Moldova is expected a very powerful earthquake!
Facebook 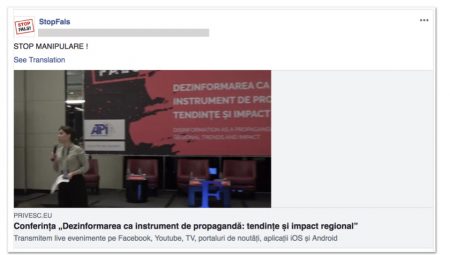 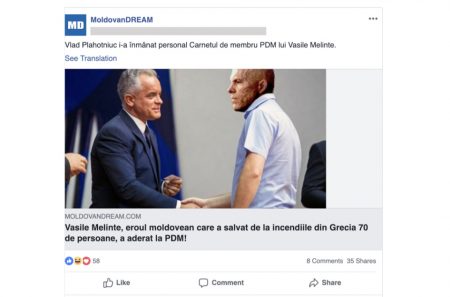 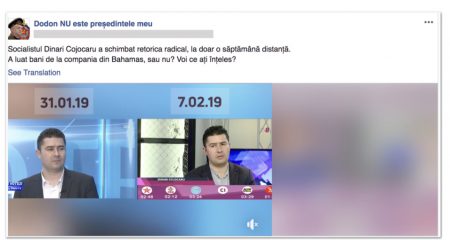 Caption: The socialist Dinari Cojocaru radically changed his rhetoric just one week later. Did he take money from the Bahamas company or not? What did you understand from this?
Facebook
david.cohen@adweek.com David Cohen is editor of Adweek's Social Pro Daily.