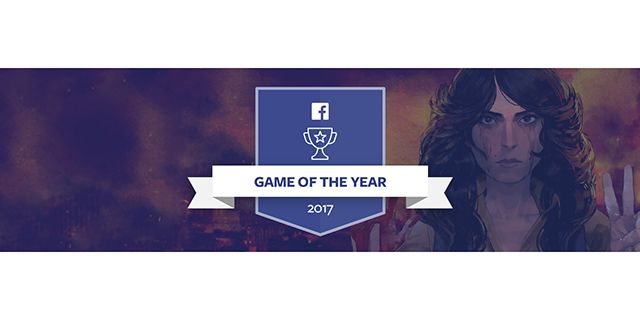 1979 Revolution: Black Friday was Facebook's Game of the Year for 2017 Facebook

Facebook revealed its Games of the Year for 2017, as determined by a panel of eight industry experts.

The panel judged games in four categories: Instant Games, web games, free-to-play Gameroom games and Gameroom games. The nominees and winner for each category are listed below.

Overall, the Facebook Game of the Year for 2017 was 1979 Revolution: Black Friday.

In a Facebook for Developers blog post, Calvin Grunewald, engineering manager at Facebook, wrote: “1979 Revolution: Black Friday is based on true stories from the Iranian revolution between 1978 and 1981. As a photojournalist armed with nothing but a camera, your actions determines the fate of those around you. It’s an intense and incredible experience that gives the player the power of choice, while showing you both sides of the conflict. The game not only stands out as our Best Gameroom Game, but it is also Facebook’s Game of the Year. Congratulations iNK Stories!”