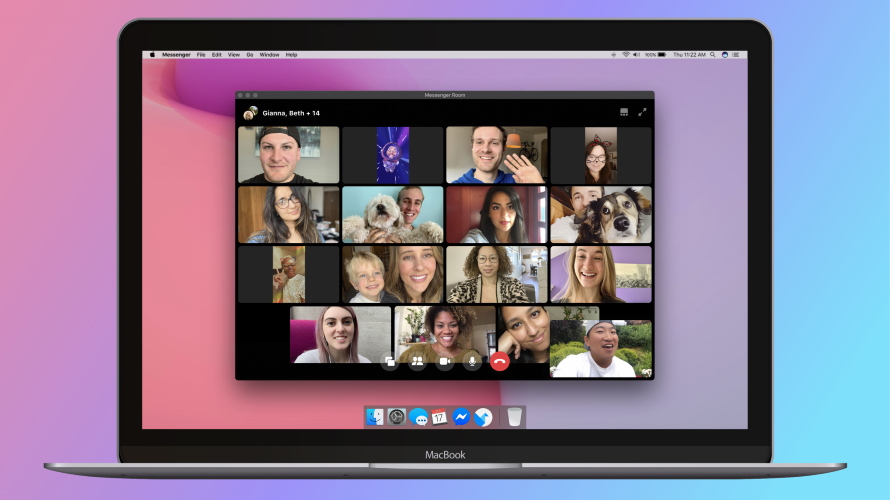 Messenger Rooms is rolling out in some countries this week, with global availability expected in the coming weeks - Credit by Facebook

Use of video technology to stay connected in the era of social distancing and, with that in mind, Facebook CEO Mark Zuckerberg introduced a host of new video features across the social network’s family of applications via Facebook Live Friday.

Facebook said in a Newsroom post that over 700 million accounts are participating in video calls via WhatsApp and Messenger every day, with video calling on those two apps more than doubling since the onset of the coronavirus pandemic, as well as significant increases in views of Facebook Live and Instagram Live videos.

The most prominent feature introduced Friday is Messenger Rooms, which enables up to 50 people to join group video calls.

Facebook
Messenger Rooms is rolling out in some countries this week, with global availability expected in the coming weeks.

Users who create Rooms can choose who else can see those Rooms and join them, as well as remove people from Rooms and lock them if they don’t want any more participants.

They can be created directly in Messenger or Facebook, with that capability to be extended to Instagram Direct, WhatsApp and Facebook’s Portal video-calling devices soon.

Vice president of Messenger Stan Chudnovsky said in a blog post, “Host celebrations, organize a book club or just hang out on the couch with friends. You don’t need to call someone and hope it’s a good time or check everyone’s calendar first. You can start and share rooms on Facebook through News Feed, groups and events, so it’s easy for people to drop by … If your friends or communities create rooms that are open to you, you’ll see them on Facebook so you can find things to do and people to hang out with. When you’re invited to a room, you can join from your phone or computer—no need to download anything to get started.” 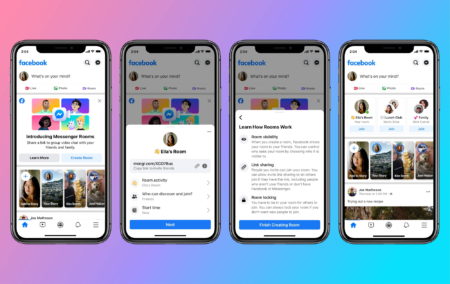 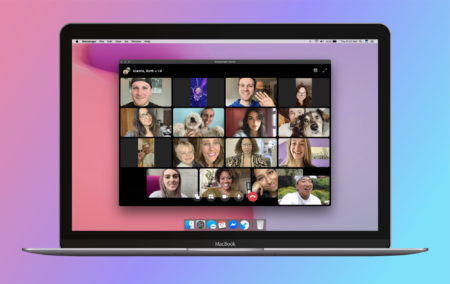 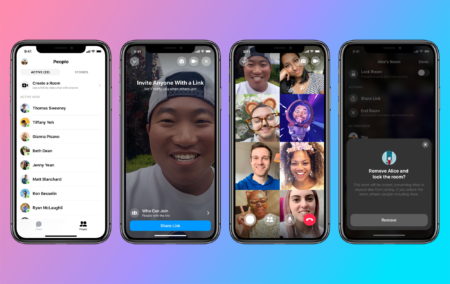 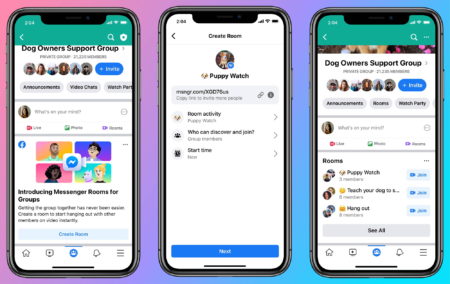 Facebook
Chudnovsky also discussed the privacy aspects of Messenger Rooms, saying that Facebook does not view or listen to calls, and the call creator has full control over the Room, and adding that users can report a Room name or submit feedback about a Room if they believe it violates the social network’s community standards, but those reports will not include audio from the room.

Facebook
Messenger is also adding new artificial-intelligence-powered effects for video chats. Immersive 360-degree backgrounds will bring beautiful and iconic spaces such a beach or a luxury apartment on the water into the mix, while 14 new camera filters will add ambient lighting to brighten spaces or faces. Other new AR effects are coming, as well, covering birthdays and “stay-at-home camping.”
Facebook
Facebook
Zuckerberg also revealed that video calls on WhatsApp can now include eight people, doubling the previous total of four.

As always, WhatsApp video calls are protected via end-to-end encryption so no one else, including WhatsApp, can view the calls or listen to the conversations. 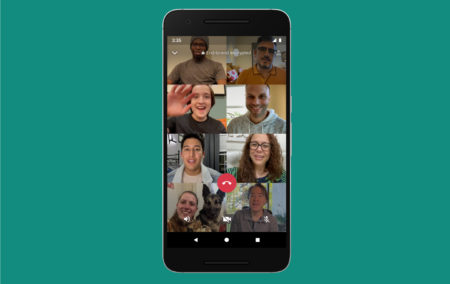 WhatsApp
With in-person dating on hold for the foreseeable future, people using Facebook Dating can now go on virtual dates via video chats on Messenger, and Zuckerberg said this feature will roll out in the coming months in markets where Facebook Dating is available. 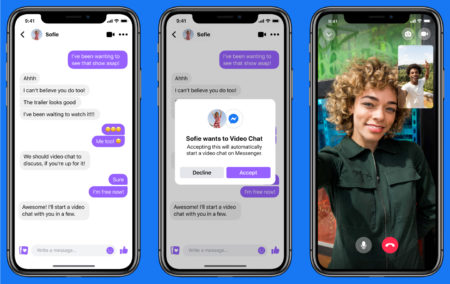 Facebook
The recently discontinued Live With feature for Facebook Live is coming back, enabling people to add another person to their video, no matter where that person is.

Facebook will also introduce a way to mark events as online only and integrate Facebook Live into those events.

In addition, in an effort to support creators and small and midsized businesses, Zuckerberg said Facebook will add a way for pages to charge for access to events with Facebook Live videos, such as online performances, classes and professional conferences.

And the social network’s Donate button can be added to Facebook Live videos wherever nonprofit fundraisers are available.

Finally, more pages will gain access to Facebook’s Stars feature, which enables viewers to buy Stars and send them to creators while they are livestreaming, netting those creators $0.01 for every Star. 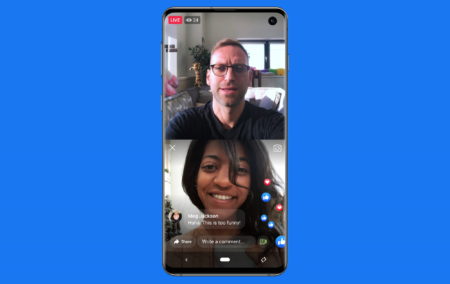