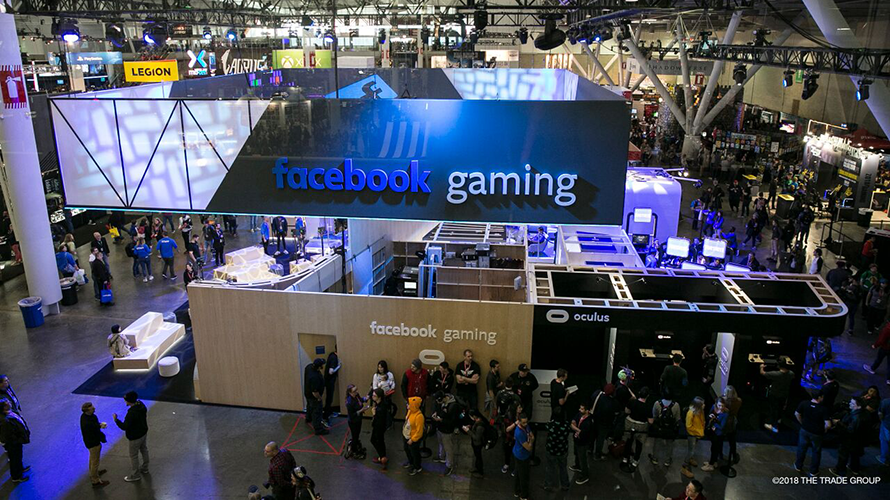 Ahead of the Electronic Entertainment Expo (E3) in June, Facebook revealed its plans for the video game conference.

The social network will have a Facebook Gaming Booth on the show floor, where popular livestreamers including Darkness429, MelonieMac and StoneMountain64 will make appearances and stream to their communities.

In addition, in the West Hall lobby of the Los Angeles Convention Center, Facebook will create a series of “shareable moments that connect gamers with the games they love via the power of Facebook.” In this area, attendees will also be able to watch a session at the Facebook Live studio, hosted by gaming personality Andrea Rene.

Finally, Facebook will partner with gaming personality Geoff Keighley and the Entertainment Software Association to further its Women in Gaming initiative at the E3 Coliseum.

In a statement, Franco De Cesare, director of console and online gaming at Facebook, said, “Facebook Gaming is proud to return to E3 to connect with its extended gaming community. Last year, we saw incredible excitement and engagement with our first public activation in West Hall. This year, we’re raising our game with the additions of a show floor booth featuring some of our most popular gaming creators, an open forum for women in gaming to come together to share their stories, as well as teaming up with E3 Coliseum to bring gaming fans exciting content from the show. With the integration of Facebook Live at each of our E3 activations, we hope to connect, engage and inspire the entire Facebook gaming community, well beyond the four walls and three days of E3.”

In addition to announcing its E3 plans, Facebook also revealed how users are chatting about video games on its platform in the lead-up to the show.

Facebook said 81 million people around the world have posted, liked, commented or shared something related to E3 and video games 235 million times over the last 90 days. Of these users, 35 percent were between 25 and 35 years old, and around 44 percent were women.

Facebook also revealed the top 10 games driving conversation on its platform ahead of E3:

E3 2018 will take place at the Los Angeles Convention Center June 12 through 14.