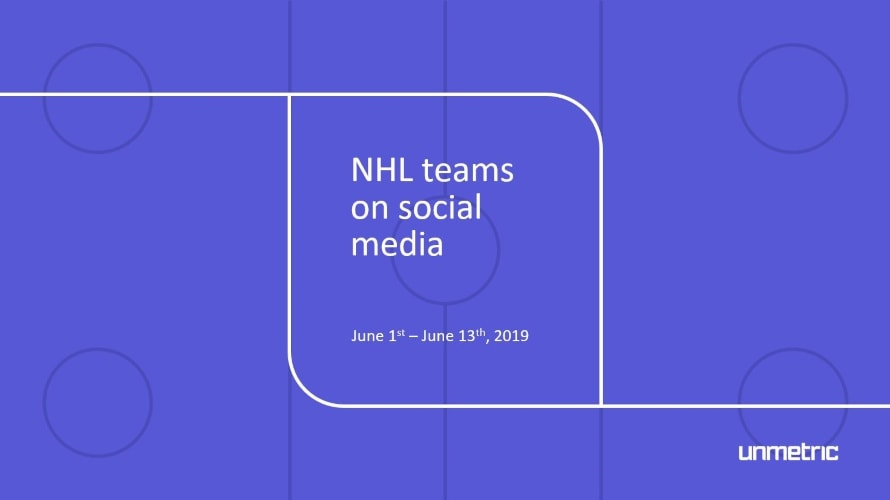 Not only did the St. Louis Blues capture the Stanley Cup—the team also dominated Facebook, Twitter and Instagram during the National Hockey League Stanley Cup Final series when compared with the runner-up Boston Bruins, according to social marketing firm Unmetric.

Unmetric analyzed the Blues and Bruins on the three social platforms from June 1 through 13, and the results were far more lopsided than those of the actual hockey games.

The bad news for the Bruins (other than the obvious): St. Louis swept the three social platforms in growth, engagement, posts and likes, and it led Facebook and Instagram in comments. 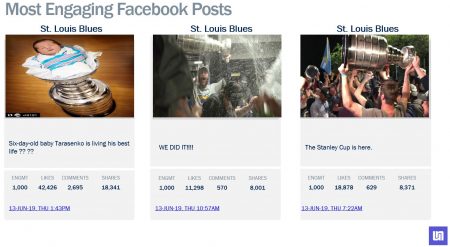 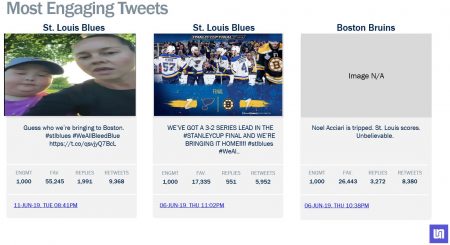 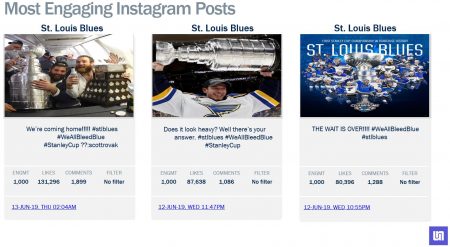