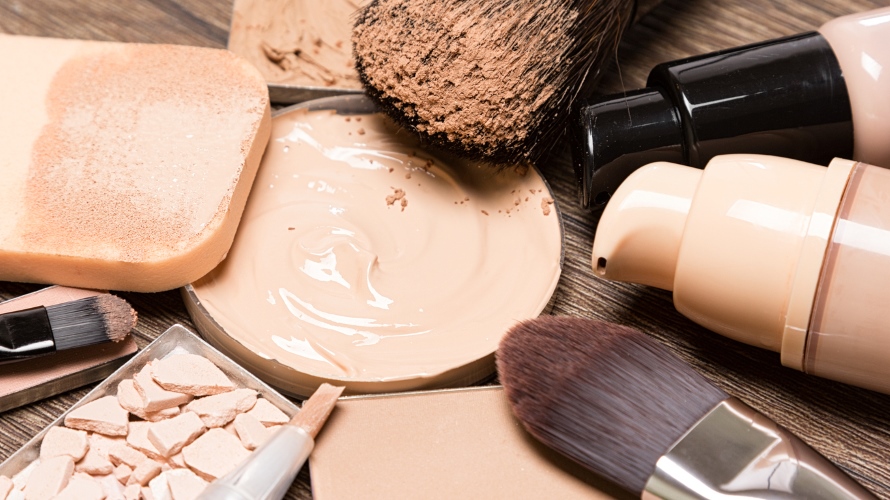 Facebook users sought to put their best faces forward in April, as Facebook IQ’s analysis of Topics to Watch for the month found that conversation about BB cream soared 10.2 times year over year and 1.1 times versus March. 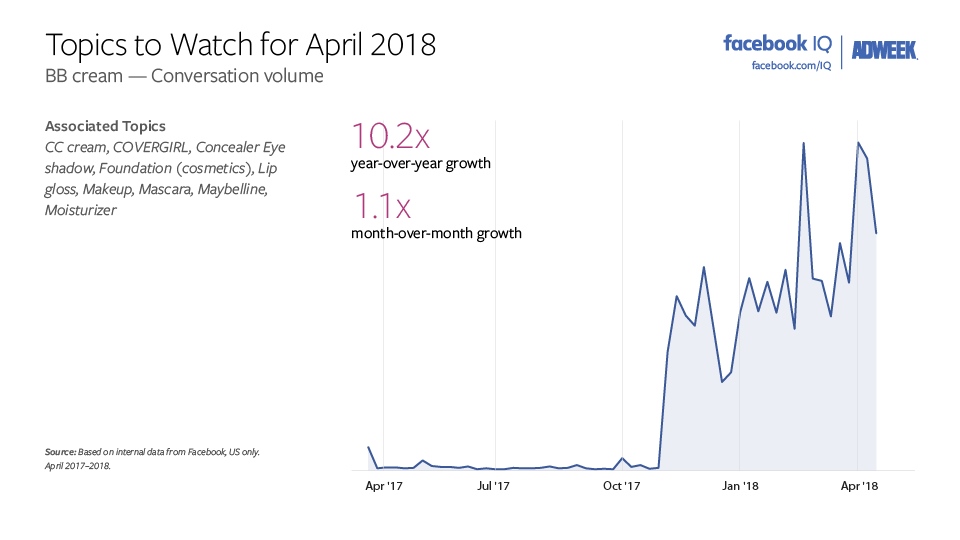 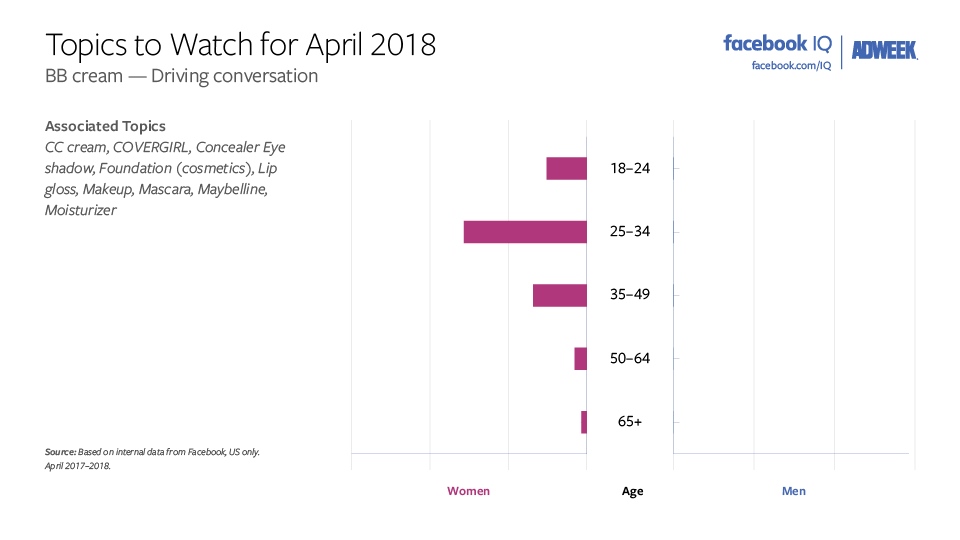 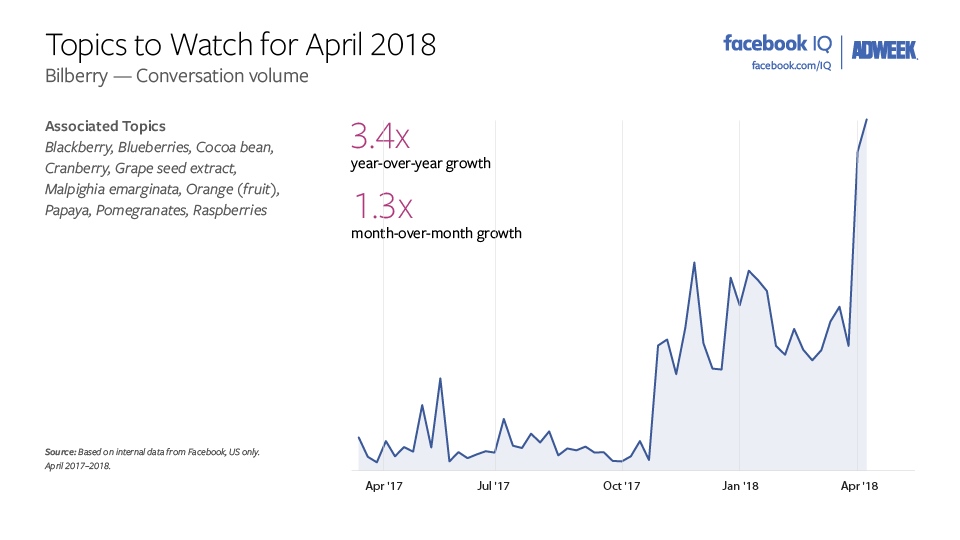 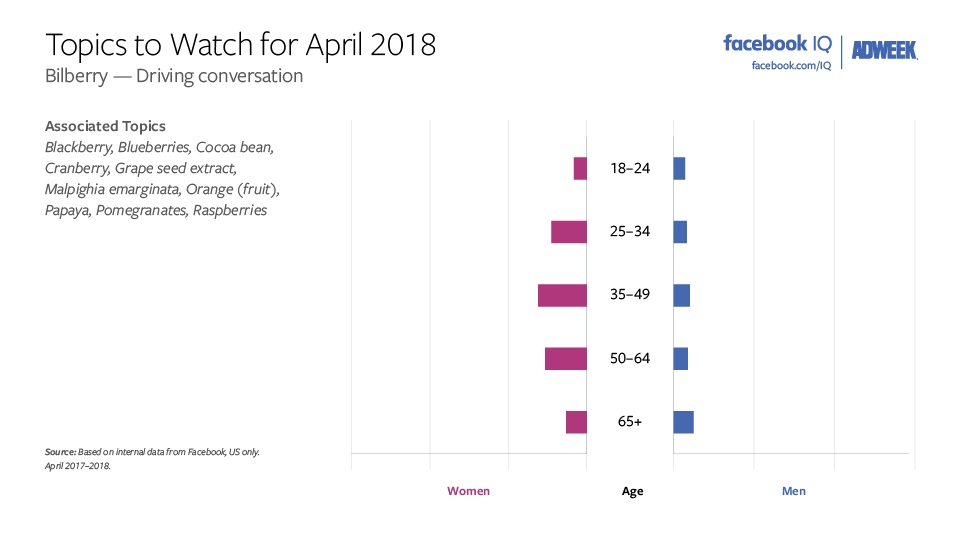 Technology also factored into April’s Topics to Watch, as discussion about contrast ratio was up 12 times year over year and doubled March levels. 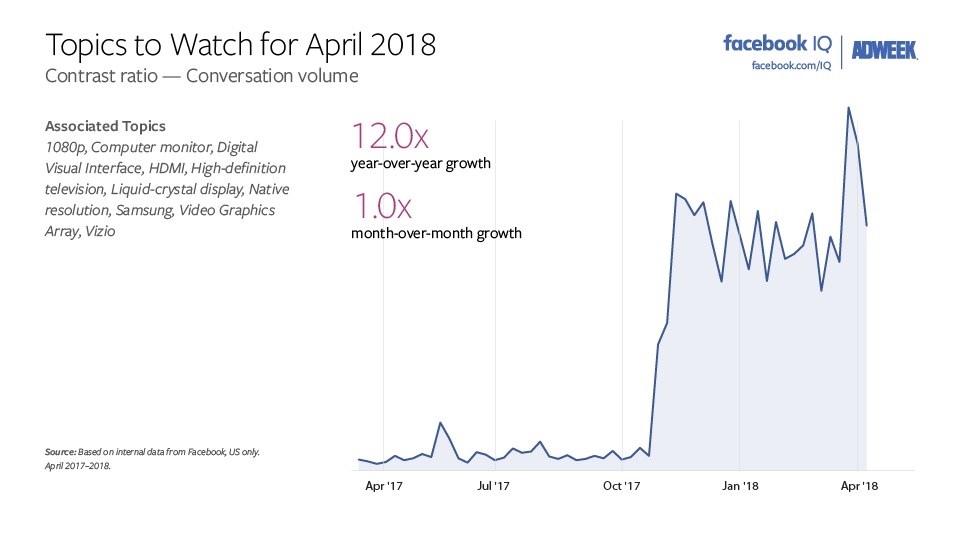 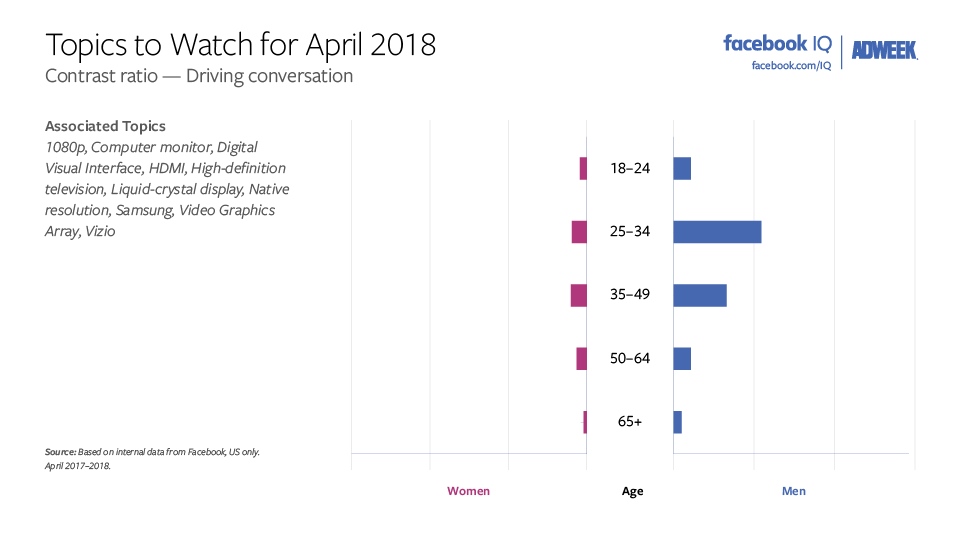 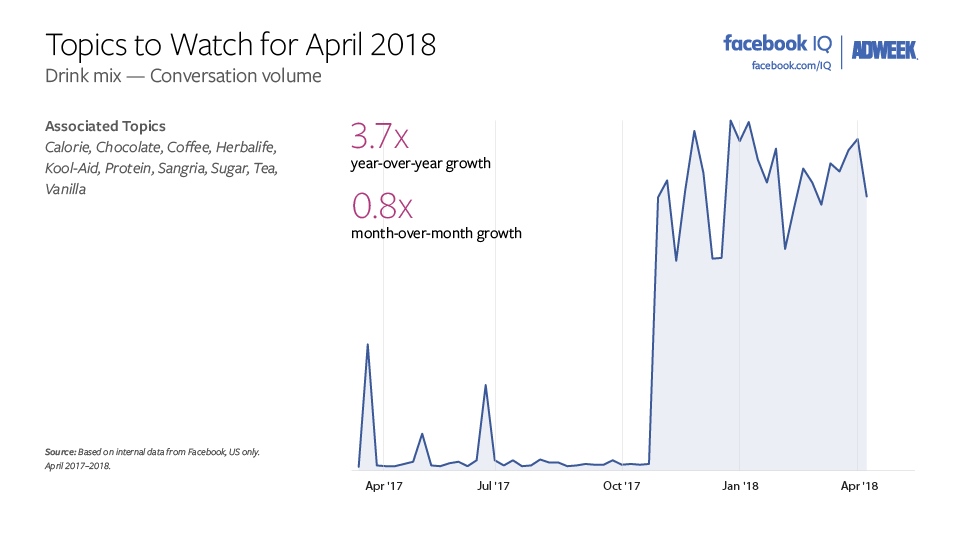 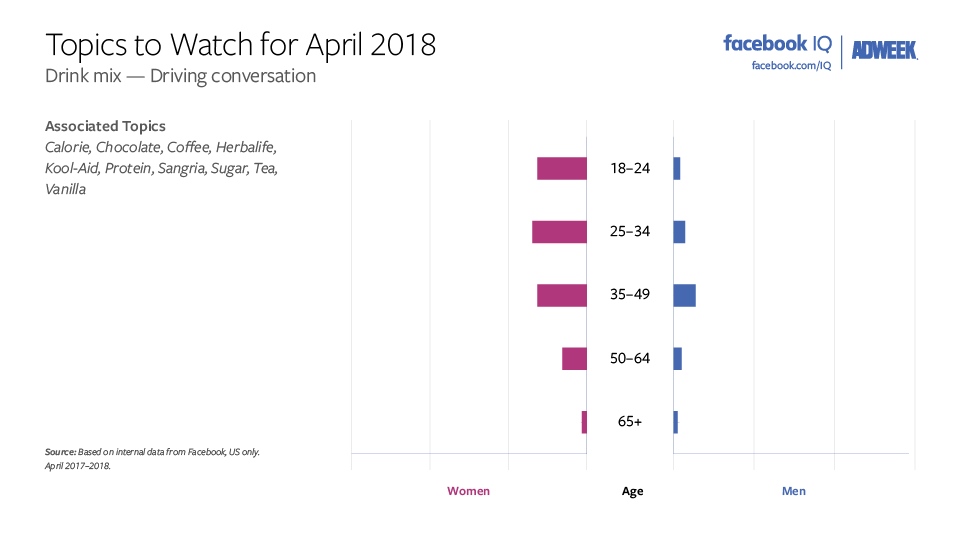 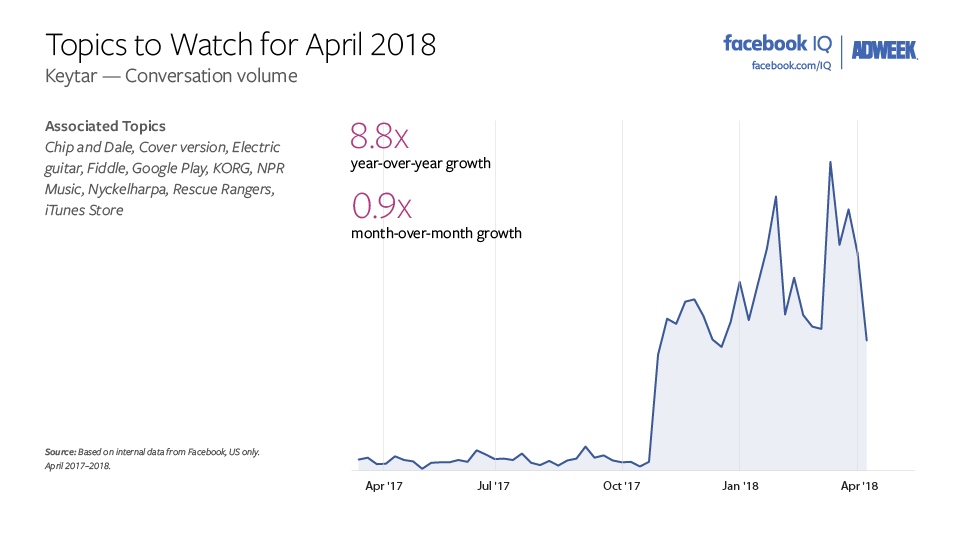 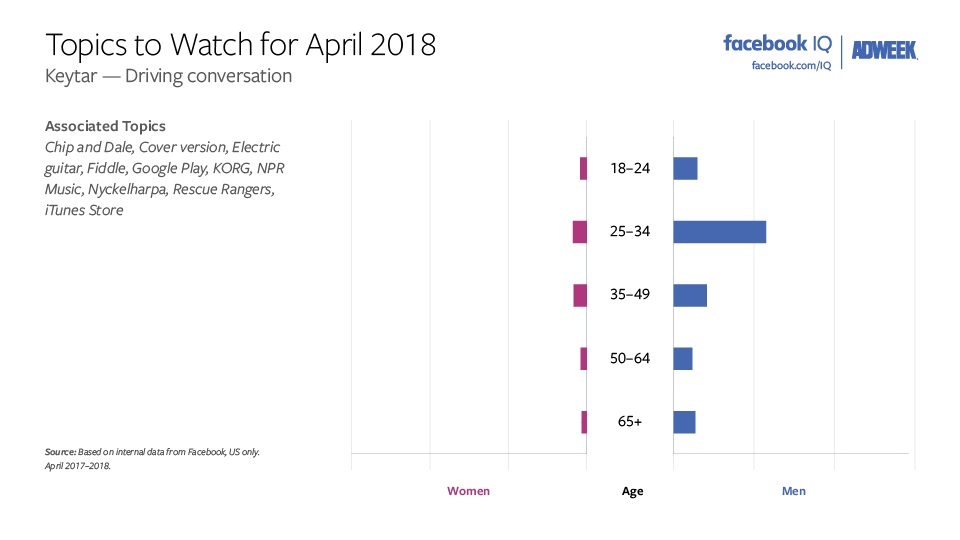 Finally, Facebook users took to the skies in April, as conversation about parasailing and related topics the Bahamas, Cozumel (Mexico), Florida, having fun, Hawaii, jet ski, Key West Harbor, Mexico, snorkeling and traveling was up 7.6 times compared with April 2017 and 1.1 times month over month, with women between 18 and 49 leading the way. 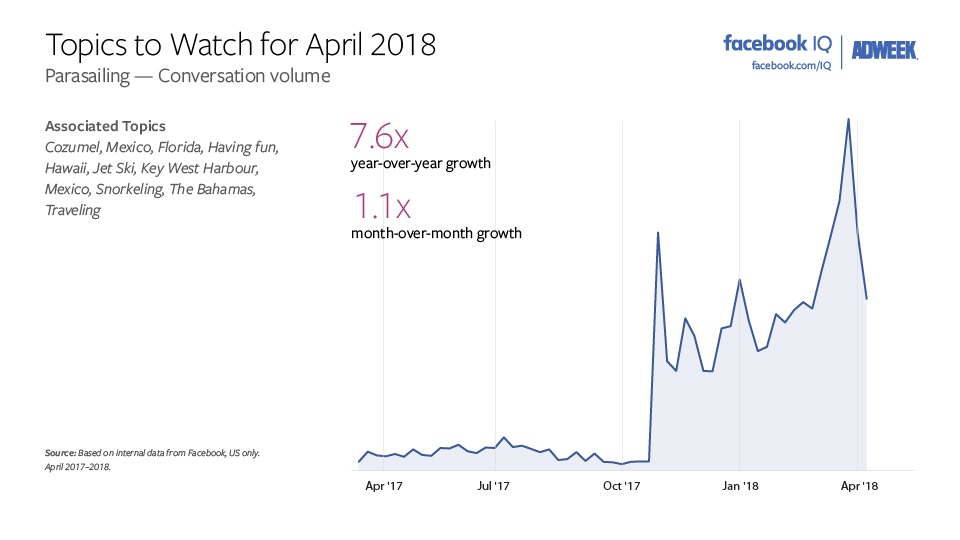 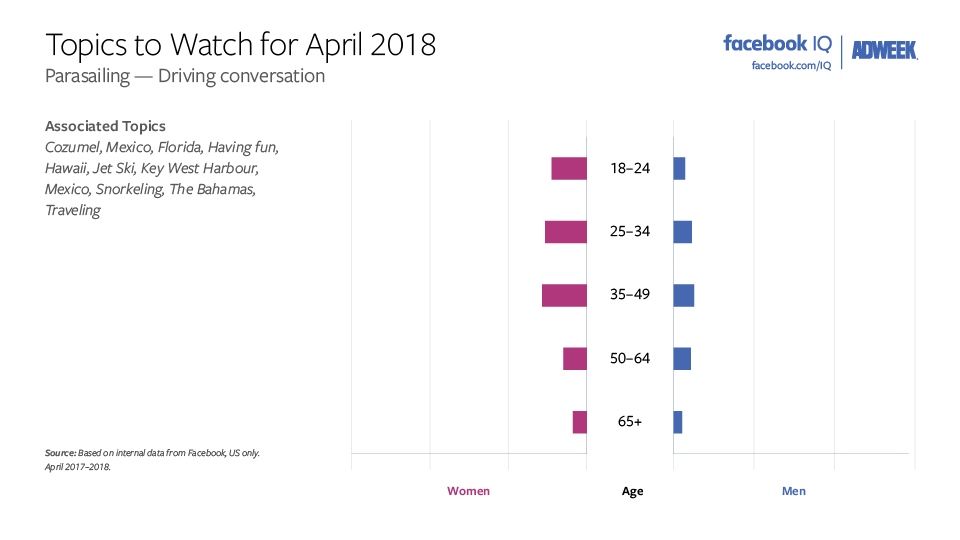