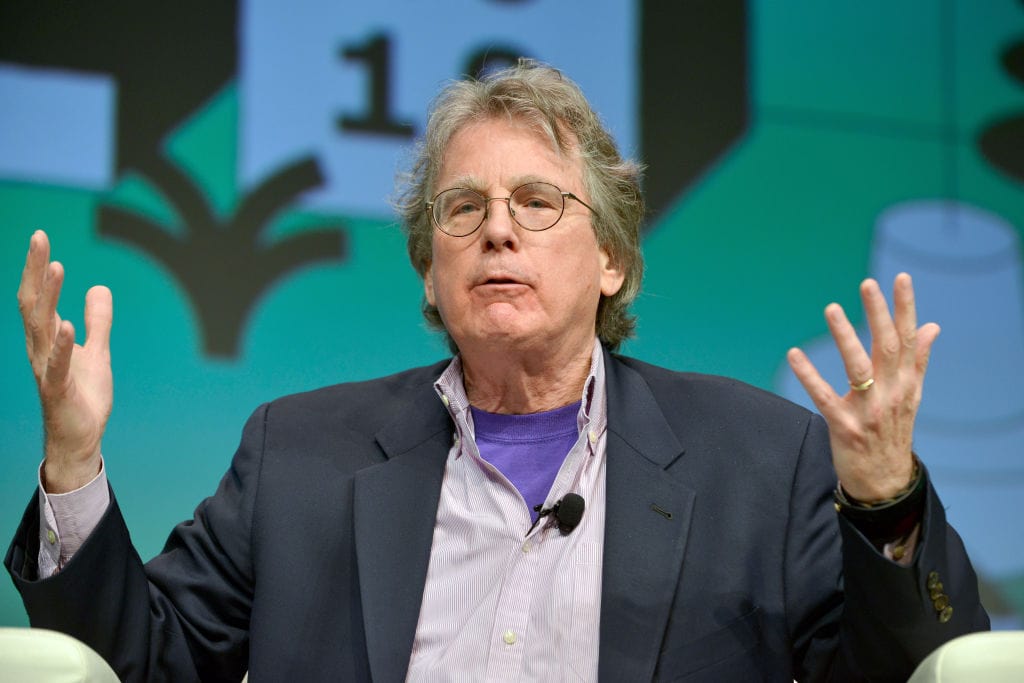 An early investor—and now major critic—of Facebook wants to make the regulation of tech giants a central issue for the 2020 presidential race.

Roger McNamee, an outspoken critic and former mentor to Facebook CEO Mark Zuckerberg, said at South by Southwest that he’s been advising several Democratic presidential nominees on how to potentially regulate tech industry. That includes frontrunners like U.S. Sen. Elizabeth Warren, D-Mass., who on Friday rolled out her own plan to regulate companies like Facebook, Google and Apple. He called Warren’s proposal “brilliant,” while adding that he’s also spoken with the staff of other candidates including U.S. Sen. Amy Klobuchar, D-Minn., as as well U.S. Sen. Cory Booker, D-N.J.

However, McNamee isn’t keeping his advice to just democrats. In fact, he also said spoken with members of the Trump administration’s justice and trade departments.

“Here’s what’s cool about it: it’s not a right versus left issue,” McNamee said. “It’s a right versus wrong issue. I don’t want to live in a totalitarian country, and I think that should apply to corporations as well as the government.”

McNamee likened Warren’s plan for tech regulation to actions former president Teddy Roosevelt took against the oil industry in the early 1900s. He said companies like Facebook should be unwound—perhaps splitting Facebook-owned WhatsApp and Instagram away from the parent company, while also suggestions that Google-owned YouTube would be better off on its own.

Facebook has made a number of changes over the past year to how it lets users control their online data. Just last week, Zuckerberg announced a set of new plans for how it will encrypt messaging in the future. However, McNamee said the company hasn’t done enough yet to fix its issues, and said he wonders if the latest changes are preemptively to address looming action from the Federal Trade Commission.

“The sad thing about this is Facebook has historically behaved as those it was okay to apologize and just got back to doing what you were doing before,” McNamee said. “But that game plan doesn’t work as well as it did for the first 15 years of the company.”

Issues of data privacy has been one of several themes so far this weekend during SXSW 2019, with many Democratic leaders coming to the festival to talk about how they’d like to approach regulation and other issues. On Saturday, Warren herself was here in Austin to talk about her proposal, while freshman U.S. Rep. Alexandria Ocasio-Cortez said workers should also prepare for other tech-led changes such as the automation of the workforce.

However, Facebook and Google aren’t the only ones at which that McNamee took aim. He said Facebook was “clumsy enough to have been caught” with mishandling user data, but said others such as Amazon and Microsoft are not without their own issues.

As about newly enacted laws such as Europe’s General Data Protection Regulation or California’s Consumer Protection Act, he said GDPR is too cumbersome on everyone, while California’s bill is “too narrow.” He said a more important law being considered in California right now is one that would allow consumers to sue when companies mishandle or wrongfully collect their data.

McNamee said Facebook has been “net negative” for society, adding that the company’s leaders still have an opportunity to change it. Asked if Zuckerberg should step down as CEO of Facebook like some have suggested, McNamee said he doesn’t think that’s the solution.

“I don’t think this is about the people,” he said. “It’s about the business model.”