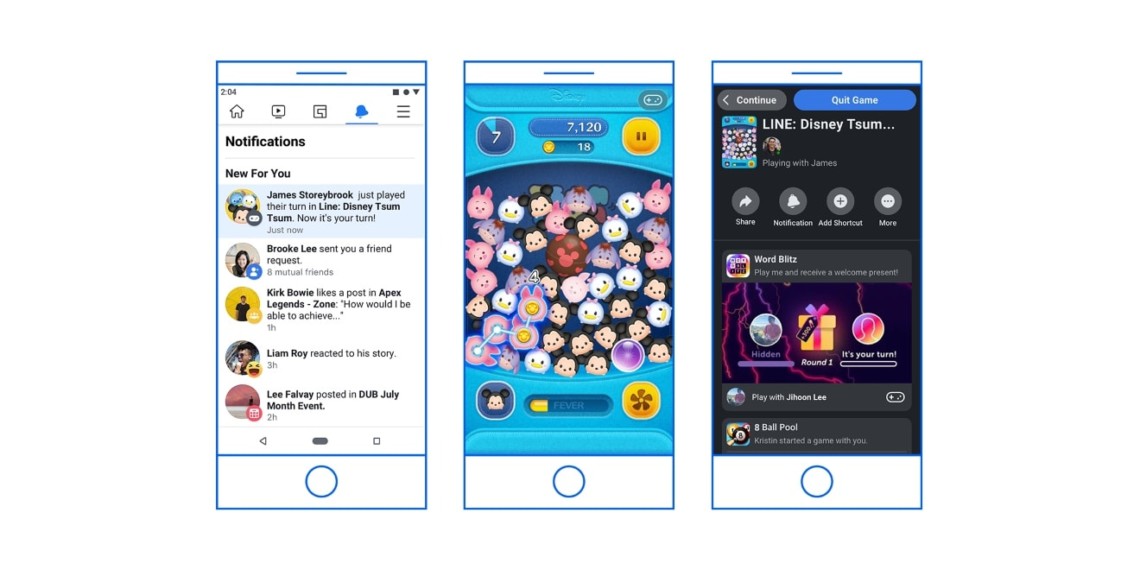 Facebook unveiled a host of updates to its Instant Games platform at its F8 developers conference in San Jose, Calif., with several of them tied to the Gaming tab it introduced in March.

Director of games partnerships for Europe, the Middle East and Africa Bob Slinn said in a blog post that the Gaming tab will become the primary home for Instant Games within the Facebook family of applications.

He noted that Instant Games started out as a way to play on News Feed and Messenger, and the social network is working on ways to extend the platform to groups, the Facebook Lite slimmed-down Android application and the company’s Portal video-calling devices.

Since people who engage with gaming experiences the most are the ones who will see the Gaming tab on their main navigation bars, the social network is working on ways to expand that audience based on Instant Games activity.

Slinn wrote, “Providing the most active Instant Games players with access to the Facebook Gaming tab is an important part of enabling discovery and re-engagement, so we’ll continue to refine this work over the coming months.”

Facebook is also working on new menu designs for Instant Games to enable players to invite friends, add shortcuts, turn on messages, share games and provide feedback to developers, all without leaving the game session. Players will also be able to return to games they were previously playing and discover new games.

Staying true to Facebook’s recent emphasis on communities, the social network is working to develop connections between Instant Games, pages and groups. And gaming-centric groups will soon enable players to create tournaments for group members to compete against each other.

Finally, contextual notifications have been integrated into Facebook to let Instant Games players know when a friend has played a turn, or when it’s time to perform some other action within a game. Slinn said Facebook is creating a dedicated inbox for gaming notifications under the Gaming tab.

He concluded, “Gaming is the foundation for some of the largest and most engaged communities on Facebook, with more than 700 million people playing games, watching gaming videos or engaging in gaming groups each month. Instant Games give people around the world an easy, fun way to stay connected with friends and will continue to be an important part of how we help people build communities across Facebook.”