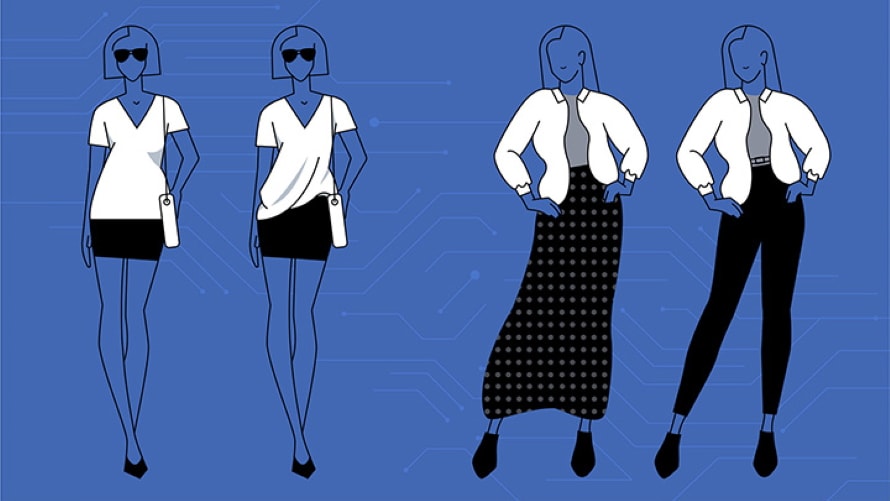 Human evaluators were asked to rate advice generated by Fashion++ and overall, they preferred its suggestions - Credit by Facebook AI Research

Can artificial intelligence help you dress for success? Facebook AI Research thinks it can.

The team is working on a project called Fashion++, saying in a blog post last month that it may recommend subtle changes such as tucking in a shirt, removing an accessory or changing from jeans into a skirt, rather than encouraging new and potentially expensive purchases.

Facebook AI Research wrote, “Why would anyone listen to fashion advice from computer code, which can’t even put on pants? Expressing ourselves through what we wear is part of what makes us human, after all. Nevertheless, AI scientists are increasingly finding that technology can amplify our creativity in unexpected ways. Fashion++ is purely a research project, with no immediate plans for related products or features, but it’s pointing the way forward.”

The team said that like many other AI systems, Fashion++ learns from the examples that it is given, so its recommendations will vary based on which images it learns from. Fashion++ analyzes those images and applies its learnings to come up with its suggestions.

Fashion++ also creates its own examples of “unfashionable” outfits, taking the images it has been giving and altering them by swapping out garments, changing patterns and adjusting fits, and then using those artificially generated looks to come up with its list of fashion don’ts.

Facebook AI Research said human evaluators were asked to rate advice generated by Fashion++ and overall, they preferred its suggestions.

Kristen Grauman, the research scientist who helped create Fashion++, said in the blog post, “A tool like Fashion++ could one day allow a user to tweak his or her outfit based on personalized style advice before stepping out the door, or allow a designer to envision novel ways to enhance familiar looks. While we think such potential applications are exciting, we were also drawn to take on this project because it presents interesting technical problems for AI, such as how to quantify visual compatibility or how to optimize for one property (style) without altering others.”

And Kimberly Hsiao, an AI researcher who worked on the project, added, “A desirable feature of Fashion++ is how it incrementally improves an outfit’s fashionability, thereby providing a spectrum of edits. Users can choose a preferred endpoint, starting from the least changed and moving toward the most fashionable.”