Forget About Quarters, This Beer Vending Machine at SXSW Only Accepts Cryptocurrency

Civic is promoting its new app 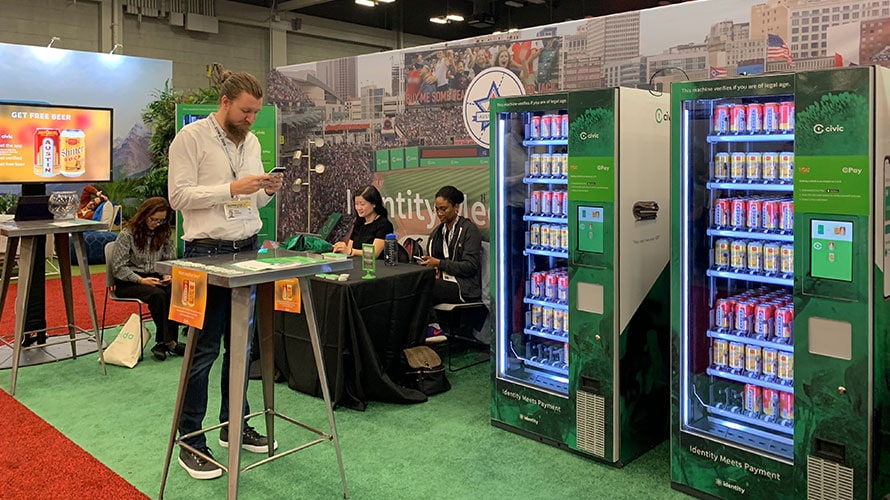 Civic uses blockchain technology to confirm users' identity and then serves up a cold one to thirsty festivalgoers.
Marty Swant
Share
By Marty Swant
|
March 13, 2019
Share

To promote its new mobile app, Civic Pay, the San Francisco-based company has been serving up beer from three crypto-enabled vending machines in the Austin Convention Center.

While manufacturers such as HTC and Samsung have started adding cryptocurrency wallets to new smartphone models, the idea is still new to most users.

“We’re trying to get this out to people to make them comfortable and have them learn the habit of using their mobile device to identify themselves and now pay in the same time in the new transactions,” said Titus Capilnean, Civic’s marketing director.

Civic, which uses blockchain technology to confirm information about users, worked with vending machine partners over the past few months to develop a prototype. And while the company teased an earlier version last year in New York, that was just focused on verifying identity rather than including a way to let people pay.

“A machine doesn’t need to know where you live, what’s your name, what’s your driver’s license—all that stuff,” Capilnean said, “which nowadays gets disclosed through showing IDs to random people in random places because they need to serve you some alcohol.” 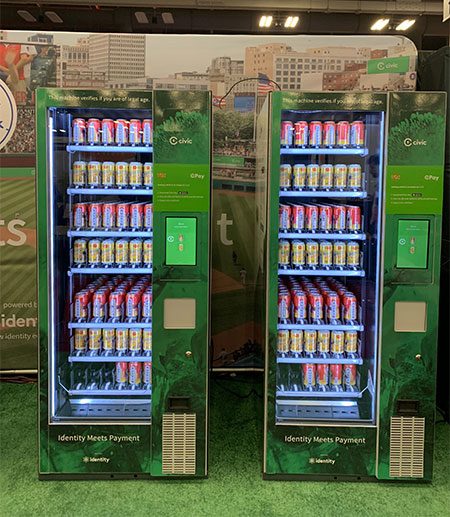 In order to verify a person’s identity, Civic uses its mobile app to merge the identity and payments parts of its platform. A user downloads the app and submits their name, address, email and social security number. After confirming the information with other records such as credit history and passport information, the person is verified. Once verified, Civic sends 200 CVCs—Civic’s own cryptocurrency—to SXSW attendees’ wallet in their app to pay for beer. People scan a QR code on one of the vending machines, which connect to the app, take money out of the user’s account and distribute a cold one.

Ahead of SXSW, Texas regulators had to approve Civic, which will now be able to distribute alcohol at other events. So far, Capilnean said, the company has given out more than 100 beers a day.

Asked how Civic plans to make sure people don’t just buy beer for underage drinkers, Capilnean said the onus is on consumers.

“If you go through the effort of unlocking the phone and your app and then hand it to another person, that’s already transferring a lot of liability onto you as an individual rather than on the machine or ourselves,” he said. “We do our best … to stop other people who get access to your device without your consent, but if you give consent, it’s like that guy buying beers for kids at the supermarket store.”

@martyswant
Marty Swant is a technology staff writer for Adweek, where he specializes in digital marketing trends, social platforms, ad tech and emerging tech such as virtual reality and artificial intelligence.