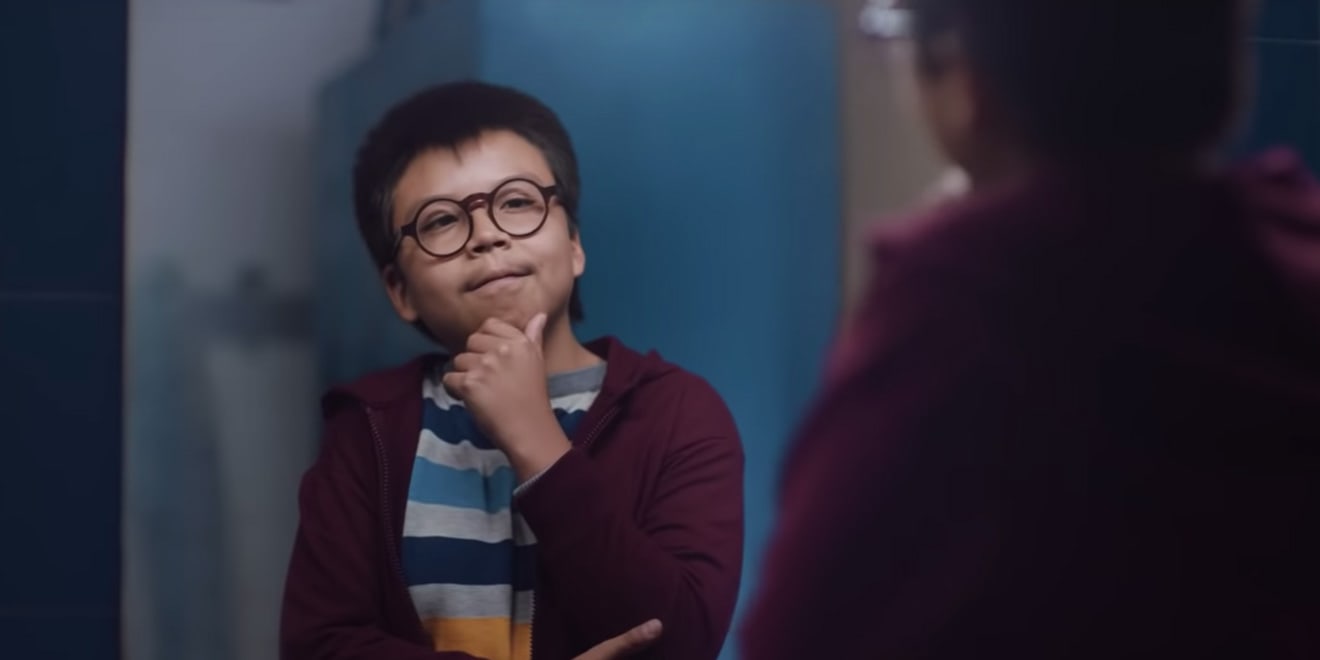 In a charming new spot for Gillette, Proximity Spain takes on what is arguably the most awkward and confusing time of life: puberty.

The 60-second spot begins with dejected young schoolboys, each with the scruffy beginnings of facial hair on their upper lips and enduring teasing from classmates, gaining confidence in their newly arrived fuzz as the song progresses. It culminates with several of the boys standing on chairs or tables, proudly belting the words “a mustache” amid peers and teachers.

An ode to those first few world-altering whiskers
Gillette España
The idea for the ad originated months ago, according to Eva Santos, chief creative officer for Proximity Worldwide. “It was always part of the global strategy we developed for Gillette in the Spanish market, based on encouraging men to find their own voice out of the stereotypes about imposed masculinity,” she said. “Within that strategy, it was always about approaching preteens, as it is a key stage in shaping masculinity.”

Gillette launched its “The Best Men Can Be” campaign earlier this year in a 90-second spot called “We Believe.” The ad portrayed the complicated picture of masculinity in light of the #MeToo movement and changing ideas of gender performance, and faced some backlash online. It’s also been at the center of an ongoing discussion in the industry surrounding brand purpose, and how tapping into cultural shifts can help—or hurt—public perception of brands.

In June, Gillette expanded the message globally with Proximity Spain’s “It Takes a Real Man” campaign. The Spanish campaign debuted with a spot that asked men, “Are you man enough?” and challenged traditional ideas of what it means to be “manly” by applying that question to different scenarios, such as putting family first, admitting fear or “being a queen.”

The new spot, “A Moustache | My Moustache,” shifts the focus to young men, and to the years when ideas of masculinity are first being formed. “Puberty sees the beginnings of masculinity, and that is where we have found an insight never before addressed in advertising: peach fuzz, a visible symbol of a whole series of changes that come with puberty [that] can create a complex for young men,” said Santos, who was a member of Adweek’s Creative 100 in 2017.

With the campaign launch, Gillette announced it would be donating $1 million per year for the next three years to nonprofit organizations like the Boys & Girls Clubs of America to support broader efforts to promote a new cultural understanding of masculinity.

Gillette is also partnering with primary and secondary schools in Spain to launch a debate program for 14- to 16-year-old boys that it hopes will “help young men to accept themselves as they are and break through any barrier preventing them from being themselves.”