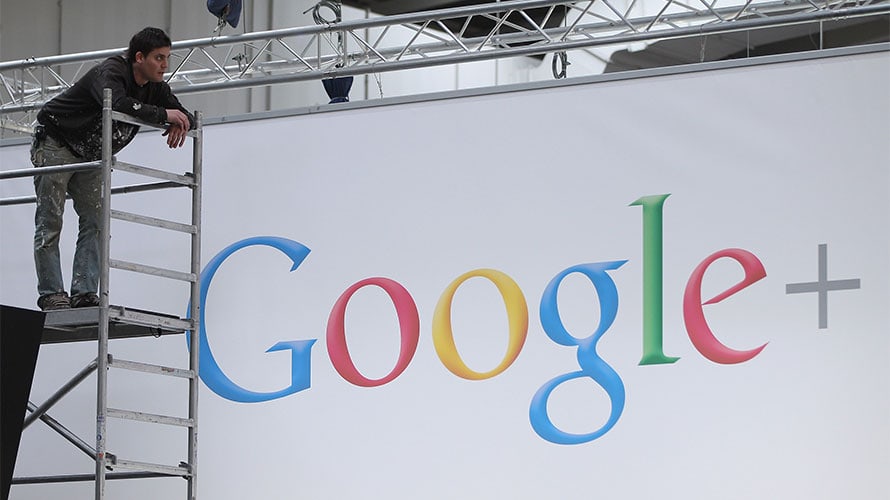 Google effectively wound down the consumer functions of Google Plus in 2015, but profiles remained active. - Credit by Getty Images

Google is shutting down the long-dormant consumer arm of its social network for good.

The decision, announced in a company blog post today, comes after a heretofore unrevealed internal probe this spring found a security glitch that exposed Google Plus user data. The search giant remedied the vulnerability this March, but it fretted about making the flaw public for fear of getting caught in the narrative around rival Facebook’s Cambridge Analytica breach, the Wall Street Journal reported today.

A Google spokesperson offered a differing account in a statement, saying that its data protection team had decided that there was no need to inform consumers since it didn’t appear that any “misuse” had occurred and no discernible pool of users had been affected.

“Our Privacy and Data Protection Office reviewed this issue, looking at the type of data involved, whether we could accurately identify the users to inform, whether there was any evidence of misuse, and whether there were any actions a developer or user could take in response. None of these thresholds were met here,” the company said in a statement.

Google effectively wound down the consumer functions of its failed Google Plus social network in 2015, but profiles remained active. The company said in its blog post that it currently sees low usage and engagement, with 90 percent of interactions lasting less than five seconds. Google also said the enterprise version of the service will remain open for office workers who use it for internal discussions.

In addition to the shutdown, Google said it would be giving consumers more options with regards to which data they share with which app developers. It’s also limiting the developers that can access Gmail data to those with a specific use case in mind that is relevant to the email experience, as well as restricting access to Android contact and call log data to the selected default app for making calls and sending text messages.

Google Plus, often the ridicule of the tech audience, rolled out in 2011 as a competitor against the rising social platforms of Facebook, Twitter and LinkedIn. The idea of a social platform within the search giant’s suite of products made a certain kind of sense: if you can tether your inbox, your contacts, your videos from YouTube and your photos from Picasa, then why not have it all in one place to share with your network? Your Circles, if you will.

Google also tied in a strong SEO capability for publishers to include the social platform’s +1 button on their sites so you could share their content to your Circles, thus completing the Google Ouroboros. None of this worked. And now, seven years after creation, Google Plus is no longer.