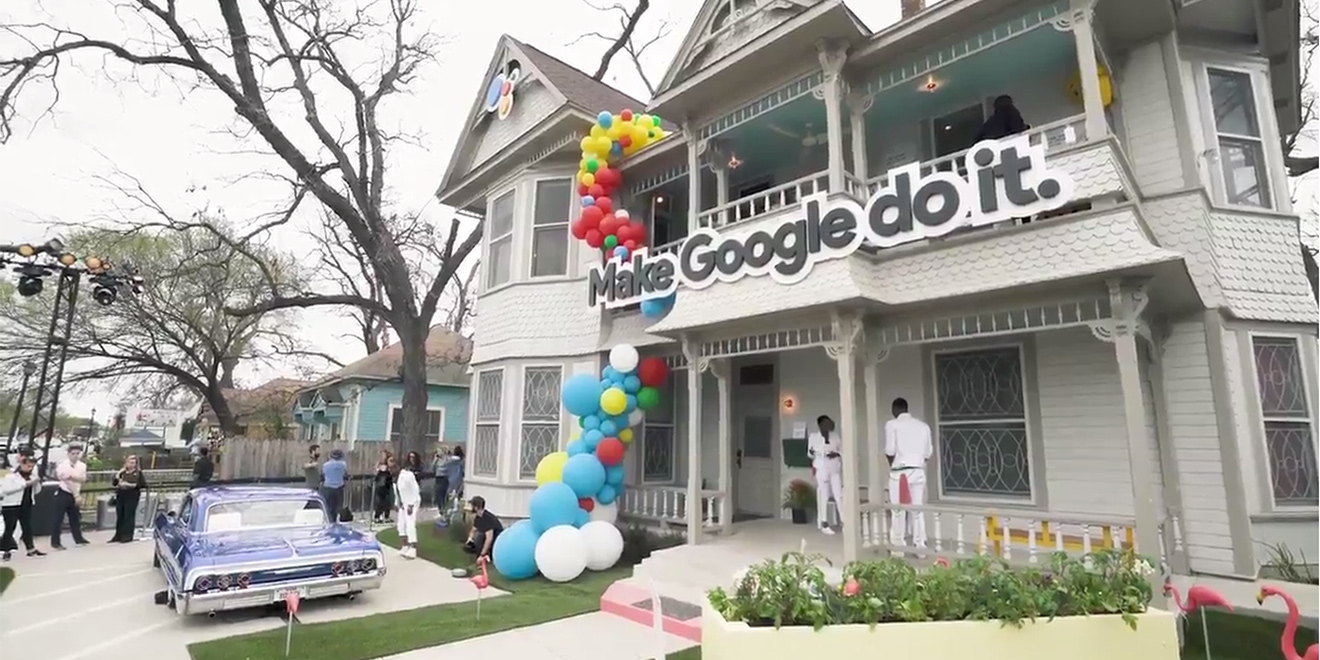 Artificial intelligence is definitely about to take over your living room—that is, if Google has anything to do about it.

For South by Southwest, the Mountain View, Calif.-based company souped up a house nearby downtown Austin with its AI and voice platform, Google Assistant, to show how everything in everyday life—from lights, blinds, appliances and even litter boxes—is connected and owned by Google.

In short, Google is trying to make people comfortable with the idea that the company not only powers our lives on Gmail, search, YouTube and more but also our homes.

The idea, much like Google’s recent ad campaign for the Oscars suggested, is to “Make Google Do It,” as a giant sign outside the house in Austin reads. 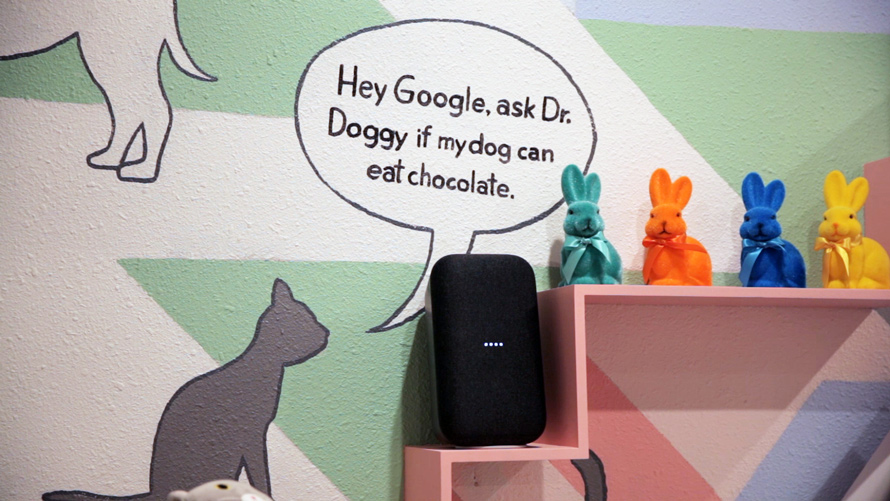 “Rather than typing into keyboards or having to write things down to remind us what to do, the Google Assistant can help us get things done just by asking,” said Brad Abrams, group product manager at Google Assistant. “When technology gets out of the way, it frees up time for what really matters.”

The house includes 12 different rooms and activations that allow consumers to see how the Google Assistant works. When attendees first enter the space, they will see a Google-branded lowrider car that’s parked on the lawn with Google Assistant installed into the speakers. After asking the car to find nearby parking spits (though a partnership with Spot Hero), the car comes to life and bounces attendees around to War’s song Low Rider.

Also on the lawn, people can ask Google Assistant to trigger the sprinklers or make lawn decorations move. Inside the house, consumers can play with Google’s AI-enabled Chromebooks at a fake dinner table, drink margaritas in the kitchen that were made with Patron’s Google Assistant skill or learn about how Google Assistant connects to TVs to stream YouTube and Netflix. In the bedroom, attendees learn how Google Assistant can help with hangovers—from lowering the blinds to playing music to operating a robotic hand that organizes laundry. 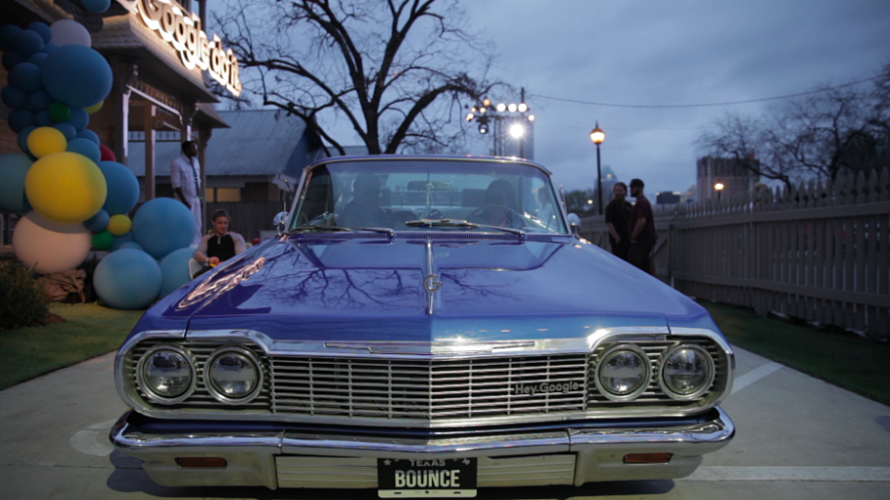 Beyond SXSW, the company’s marketing push for Google Assistant seems significant as it competes with Amazon’s Echo for market share. Google says that Google Assistant is built into more than 400 million devices though reports show that Amazon beats Google in controlling the voice market.

To build up awareness, the company enlisted celebrities like John Legend, Chrissy Teigen and Kevin Durant for the “Make Google Do It” campaign, which debuted during the Oscars. In addition to that spot, 50 digital videos are rolling out that show how Google Assistant fits in with everyday life.

“In the future, the concept and work will continue to expand into broader Google Assistant touch points with our retail and device partners,” Abrams said. 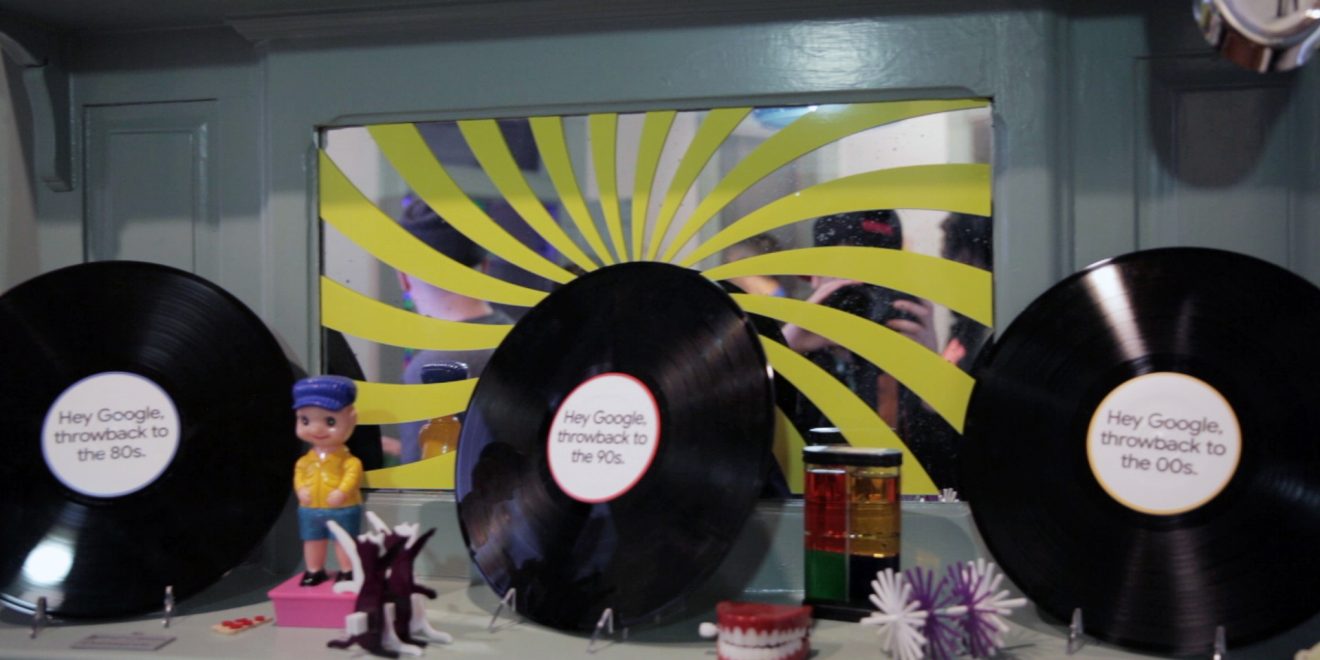