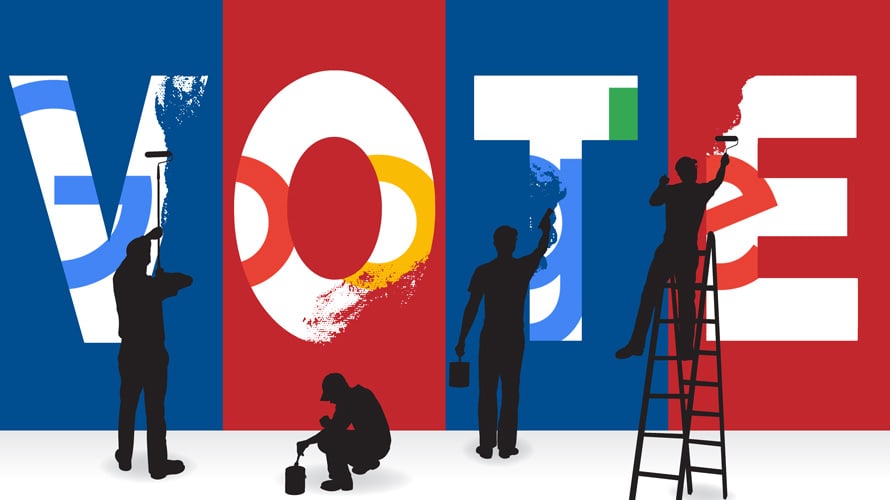 Ahead of the 2020 U.S. general election, Google has announced global updates to its political ads policies, which it hopes will promote confidence in digital political advertising and trust in electoral processes worldwide.

Google is now limiting election ads audience targeting, meaning political advertisers can now only target audiences based on age, gender, general location and postal code. The announcement was made in a post penned by Scott Spencer, vp product management at Google Ads, where he explained that the policy change was the result of popular debate around the role digital advertising plays in the democratic process.

“Political advertisers can, of course, continue to do contextual targeting, such as serving ads to people reading or watching a story about, say, the economy,” he wrote. “This will align our approach to election ads with long-established practices in media such as TV, radio and print, and result in election ads being more widely seen and available for public discussion.“

The updates will apply to Google’s paid search placement, YouTube ads and display ads that it serves on third-party websites as part of its ad-tech offering.

“In many countries, the targeting of political advertising is regulated and we comply with those laws. In the U.S., we have offered basic political targeting capabilities to verified advertisers, such as serving ads based on public voter records and general political affiliations (left-leaning, right-leaning,and independent),” he continued.

The industry’s major digital advertising players have received much scrutiny in the run-up to the current race following some of the controversial ways in which political advertisers used such platforms, as evidenced by Cambridge Analytica.