Hearst Magazines Chief Troy Young on the Good, the Bad and the Ugly From His First 6 Months 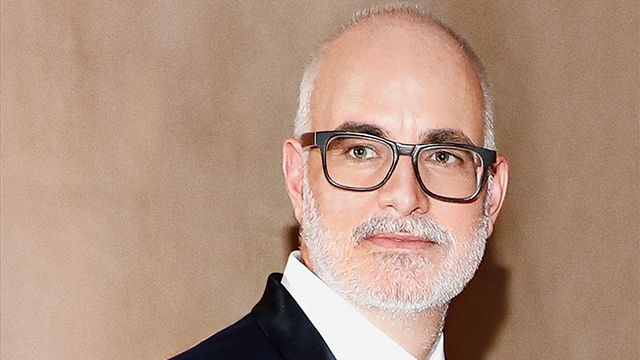 It’s been six months since Troy Young was tapped to take over for David Carey as president of Hearst Magazines. In that time, Young has overseen a staff shakeup that changed leadership across brands, a deepening investment in the company’s use of data, including a new chief data officer and a new slack bot that will give its newsrooms real-time stats that range from how well editorial content is performing to how products with affiliate links are selling.

But Young has made much more than that on his plate. Hearst Magazines also acquired a brand rooted in YouTube, Clevver, to expand its presence on the West Coast, launched paywalls and membership models for several of its brands, moved production of Popular Mechanics to Pennsylvania and most recently weathered negative press about its handling of an exposé on Bohemian Rhapsody director Bryan Singer. The feature had been intended for Esquire but was ultimately published in The Atlantic.

Here’s what Young told Adweek about his roller coaster ride so far:

Adweek: Now that you’ve been in the role for some time, how do you see your position or the company’s mission any differently than day one?

Troy Young: In some ways I don’t see it any differently. My objective early on was to make our products as good as they could be, and that’s everything from print to digital, and to find new efficiencies, because we had separated our organization and we had done it for a very deliberate reason — to accelerate our digital progress when we felt like we needed to be focused.

I needed to figure out the right way to integrate the organization and not disrupt any of the progress that we’ve made. But my goal was summarized in something that we articulated internally called “content with purpose”—to be incredibly purposeful in how we meet the needs of a consumer. It’s a recognition that consumers have so many choices now, from media created by their friends to media created by professional organizations and everything in between.

If you want to continue to grow your brands and be successful in that environment, you really have to understand what needs you’re serving and how well you’re fulfilling them.

How have you changed internally, whether that’s the new publisher system, and the layoffs last year, that I’m assuming are a result of integrating those staffs?
If you think about the business historically, that was essentially a group of media brands disconnected around the world, led by two people on each brand—a publisher and an editor, very hierarchical—with a very specific way of selling subscriptions in a very specific business model that publishers execute on, which was focused on selling advertising.

So much has changed because distribution has changed. We find ourselves in a situation where we’re navigating an entirely new distribution environment where our content lives in many places. Some of them on platforms we control, some that we don’t. Also on the content side, we [historically] produced words and pictures heavily curated in a magazine and suddenly we can produce everything.

It was very expensive to build rate base and to create recognized brands and now we’re living in a world where so many people can produce content. The change that we’re living through—and it’s not just Hearst, it’s every media company—is like a 20-year process. It’s really important to recognize that you have to have a really nimble workforce because the way that you create content and how you distribute it and how you monetize it is suddenly different. So, you have to have people that can live in that world and you need many of the same skills, but you need a lot of new skills.

All of these organizations are going through these changes, and it’s not over. It’s not about, “Did you lay off some people?” It’s about, “How are you creating a new kind of media organization?” And I think that’s what’s important.

It’s not about, "Did you lay off some people?" It's about, "How are you creating a new kind of media organization?"

And Mike [Smith, chief data officer] had been leading the way in our ad business and data and how we brought data into our operational teams. It seemed like the right time to say this is important to everything we’re doing as an organization, and we should embody it in a single role.

Last year, we saw a lot of acquisitions in the industry, and there are still some magazine titles up for sale. How do you feel about the additions that you made and is there anything still on the market  you might be interested in?
I think we made an incredibly astute acquisition in Rodale, and that’s reflected in how we’ve successfully integrated it. More broadly, those are really quality service titles. Health is a mega trend. Men’s Health and Women’s Health [are] extraordinary brands around the world. Bicycling and Runner’s World are passion points. And Prevention was also about health.

Passions work really well on the internet and in every way as a publishing company. I think we have the best portfolio of media brands in the world on the magazine side, and Rodale is a big part of that.

This is a company that evolves over time. It’s the story of Hearst, from afternoon newspapers to magazines, television, cable networks—the new coming out of the old.

We always look for ways that we can grow organically and inorganically. If we can find an asset that’s going to add to our business in any way or accelerate progress with a capability, we’ll look at it.

More recently, we felt like we needed to continue to build momentum on the video side. We’d wanted to open a studio in Los Angeles. YouTube is an important distribution channel. So, we made an opportunistic acquisition of Clevver, which was a relatively new, young women’s, YouTube-driven media brand. That enabled us to really get going quickly in Los Angeles and get our studio set up and understand the world of YouTube better and that talent equation.

Will we see more video and more investments in the film industry out of that L.A. office?
Absolutely, and we’ll use it to do all kinds of things.

A magazine is a good experience. ...We just have to do the same thing digitally.

We’re seeing a lot of publishers move into paywalls and membership models. You, too, have launched your own. Why now?
I don’t think it’s a secret that you had a lot of media companies looking to diversify revenue. I think there was an early premise that scale would solve everything. What people started to realize is that scale, combined with very low CPMs, didn’t diversify the business effectively and that there was an underlying belief among many media companies that consumers ought to pay for their product. Last year you started to see momentum in consumer businesses charging for content, which introduces a whole new set of complexities because suddenly you have to figure out how to create intimacy with a customer in a new way.