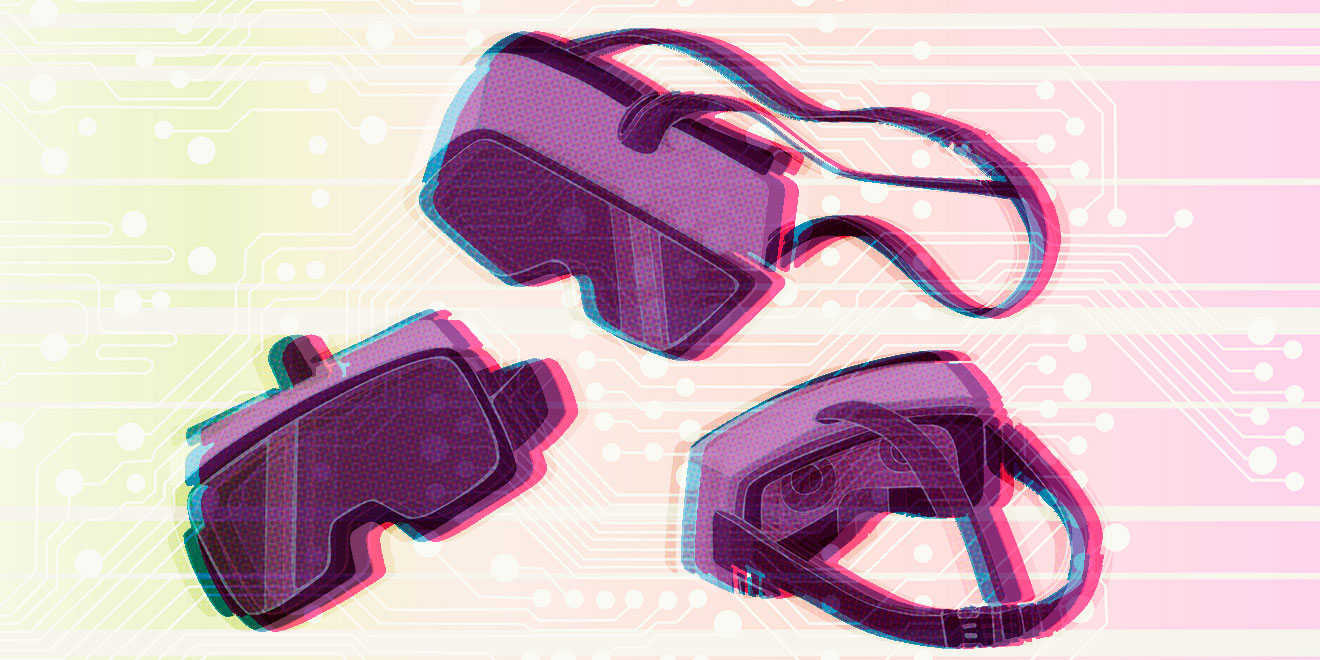 Each headset brings with it a different community and pre-existing market, whether that’s a gamer base like with Playstation, or a development community like Samsung. Photo Illustration: Yuliya Kim; Sources: Getty Images

Virtual reality is all the rage right now, helping everyday people more intimately and realistically experience everything from concerts to live births, and however you’re engaging with it, you want the best headset to maximize your experience. Adweek talked to two industry experts—Hana Newman, director of the Prototype Studio at R/GA, and Steve Curran, CEO of ROAR Augmented Reality—to learn how to choose the best VR headset for your needs.

We’ve broken the discussion down into what experts see as the most important considerations of the VR experience, whether you’re strapping on a Vive Pro or a literal piece of cardboard.

The immersive experience is arguably one of the most important considerations for people when it comes to VR. It’s what transports you into another reality. Some headsets use three degrees of freedom (DoF) tracking, the simplest form of user tracking, while others use six. All phone-based VR headsets use three DoF, including Google Cardboard, Samsung Gear VR, Google Daydream, and some standalone headsets like the Oculus Go.

“With the HTC Vive, everyone is really excited about the six degrees of freedom and head tracking,” said Newman. “The actual controller with the HTC Vive provides some of that—it knows where you are in space. People who use VR for gaming like that untethered, accessible movement. The Samsung Odyssey has position tracking cameras built in so you don’t need a lighthouse and is also moving toward six DoF tracking for natural movement.”

Devices like the Oculus Rift, HTC Vive, or HTC Vive Pro give you that full room-scale experience and dual hand tracking that makes a big difference between the lower and higher end VR, agreed Curran.

“Being able to reach out and grab things with both hands, move around freely in a space, crouch, lean, that freedom of movement is what tricks the brain into full-immersion,” explained Curran. “And of course with the higher-end devices you get higher resolution, wider field-of-vision, and faster performance so you don’t have any lag. The more the user feels fully-immersed, the less likely they are to experience any motion-sickness, which tends to come from movement in the display not keeping pace with your actual movement.”

“The HTC Vive Pro has an amazing 3k display and also has dual front-facing cameras, which is a nice component if you’re also interested in AR, because you can render or pass through the real world, adding elements to it,” said Newman. “In terms of display, the Samsung Odyssey is also very comparable to the Vive Pro.”

Oculus Rift and the HTC Vive and Vive Pro all have high resolution which contributes a lot to the experience, noted Curran. However, the Vive Pro’s resolution is 78 percent higher than that of the original Vive.

“For a company using VR for a promotion, the accessibility of mobile phone-based VR is very appealing because you have a significant installed base of smartphones, you only have to give away the cardboard device that holds the phone,” said Curran. “But if they have a captive audience, like at a trade show or an in-store experience, the higher-end VR units that are not accessible to everyone is where you really have an opportunity to wow your customer with an experience that is new to them. You can use that inaccessibility to your advantage.”

However, as the experts point out, these are by no means the full costs of the VR experience, and there can be many hidden fees. For instance, the Vive and Oculus headsets require a PC, while the Playstation headset will only run with a Playstation console.

“The thing to keep in mind when you buya headset is that you need to buy the computer to support the experience,” said Newman. “The headset is just the vehicle, the other equipment is where the cost really comes in.”

“For the average person, affordability is still a key blocker,” said Curran. “The Oculus Go is a really smart combination of affordability and accessibility, and gives users an upgrade from a mobile phone-based experience that they may have tried via the Samsung Gear or Google Cardboard, but without breaking the bank, and without the need to be tethered to an expensive machine in the form of a console or PC. The Oculus Go is portable, practical, relatively inexpensive, but still has the ‘wow’ factor of a higher-end device.”

Curran added: “The Playstation VR is an excellent device if you already own the PS4, and for an entry level, the Samsung Gear VR is a great way to onboard into the world of VR for not a lot of money.”

Beyond these considerations, there are facets of the VR experience that are going to come down to individual preference, whether you’re an everyday consumer, a prosumer or a VR whiz. For instance, you’re not going to have a great time in VR if the headset is uncomfortable, and there are a number of factors that influence comfort and wearability.

Additionally, each headset brings with it a different community and pre-existing market, whether that’s a gamer base like with Playstation, or a development community like Samsung.

“These headsets are all fairly comparable with advantages and disadvantages,” said Newman. “We’re excited about this emerging technology—it will be what you make of it.”

Don't miss Adweek NexTech, live this week, to explore privacy, data, attribution and the benchmarks that matter. Register for free and tune in.
@AlissaFleck Alissa Fleck is a New York City-based reporter, podcast producer and contributor to Adweek.