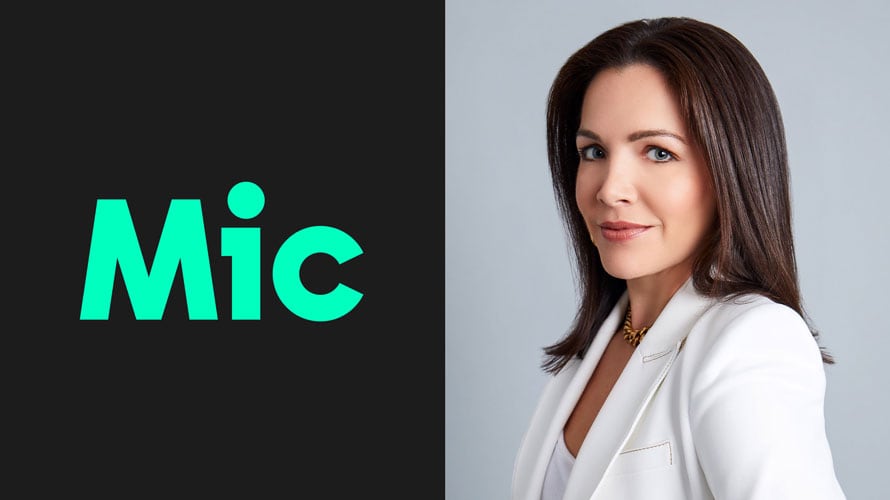 After a rocky period that left dozens of staffers without jobs hours before Mic execs confirmed they were selling its assets to Bustle Digital Group, the brand is gearing up to relaunch in a big way under its new owners. Mic is positioning itself as an editorial brand with increased coverage of the intersection of politics and culture and will bring to the BDG portfolio a foundation in branded content that the company has already expanded upon.

Mic was purchased at the end of November by BDG’s Bryan Goldberg for an estimated $5 million. In just a few short months, the brand has already made several key editorial hires, including new executive editor Shanté Cosme, former executive editor of Complex Media.

“Mic already has a really tremendous legacy that I’m just excited to build on,” Cosme said. “I want to honor that and continue that really important work and then also just build upon it with my own experience and expertise.”

For Cosme, who helped develop Complex’s digital strategy and diversify the newsroom, that means covering cultural commentary and deeply reported features more extensively at Mic, she said. Instead of focusing on one medium over another, like video for example, she’s prioritizing producing “quality journalism,” writing and reporting for “young people.” (The idea of “millennial media” is “a little tired,” she added.)

Cosme has hired The Cut’s Opheli Garcia Lawlor as a politics reporter, Teen Vogue’s Hanna Howard as innovation editor and Vice alum Rajul Punjabi as well-being editor. The growing staff will include several more department heads and staffers below them, she said.

Mic is also investing in tackling more social justice issues with a new platform called Mic Causes. The brand will kick off the program with a presidential speaker series to share with its audience the viewpoints of those candidates running in the 2020 election. These new initiatives reflect the ways the brand is looking to “make sure our values manifest through bigger projects,” said Jake Horowitz, co-founder of Mic.

In connecting with readers offline, Mic is also leaning further into events. Just this past weekend, the brand hosted a concert series with rapper Common and nonprofit Imagine Justice on a prison tour.

“We’ve always believed that events are a great way to manifest your brand in the world and have people show up in real life,” said Horowitz, who came onboard at BDG after the Mic sale and is overseeing topline strategy for the brand.

He declined to say specifically whether he wished the purchase had been handled differently, though he called it a “kind of crazy process.” He said he was “blown away” by the support from Goldberg, who had served as an adviser to Mic before buying the brand, and the rest of the BDG team. “I’m looking ahead,” Horowitz said.

So is BDG. The company has already grown Mic’s branded content studio, called Brand Newsroom, to include all of BDG’s titles; so far, Mic has worked with brands like Seventh Generation and Dove on branded videos. Mic’s branded content team was a “big driver” in BDG acquiring its assets, said Jason Wagenheim, BDG’s CRO, which amounted to about 40 people at the time of acquisition. Since then, the team has been renamed and relaunched, integrating all of the titles under its team to “tell a marketer’s story through the lens of purpose.”

“We talk a lot about diversifying revenue and new revenue streams. This is a brand-new revenue stream for us,” he said. “We’re never going to be the brand that launches a lipstick line or a clothing line. There’s lots of other people that do that really, really well. We decided to just be really good at content and high-impact advertising and marketing.”

The company will further diversify its revenue streams by acquiring additional titles, Wagenheim said. BDG has already recently acquired The Outline and Gawker.com and has in its portfolio The Zoe Report, Romper and Elite Daily, as well as an events company called Flavorpill.

Already the team at Mic attracted attention from brands like Seventh Generation for its “digital-first mindset,” said Seventh Generation’s director of integrated marketing, Ashley Laporte, in a statement. “We’re able to create authentic content that is garnering valuable views and engagement from our target consumer.”

For Dan Richardson, director, Invention+, Mindshare, before the acquisition, Mic was seen as a publication that had a reputation for “taking on tough-to-talk-about subjects in the news,” like policing, racial issues and politics. Mic also had a unique captured audience for advertisers, Richardson said.

“So the question remains for Mic: How are you going to create differentiated content, that consumers want to see, and that advertisers feel comfortable sponsoring?” Richardson said.