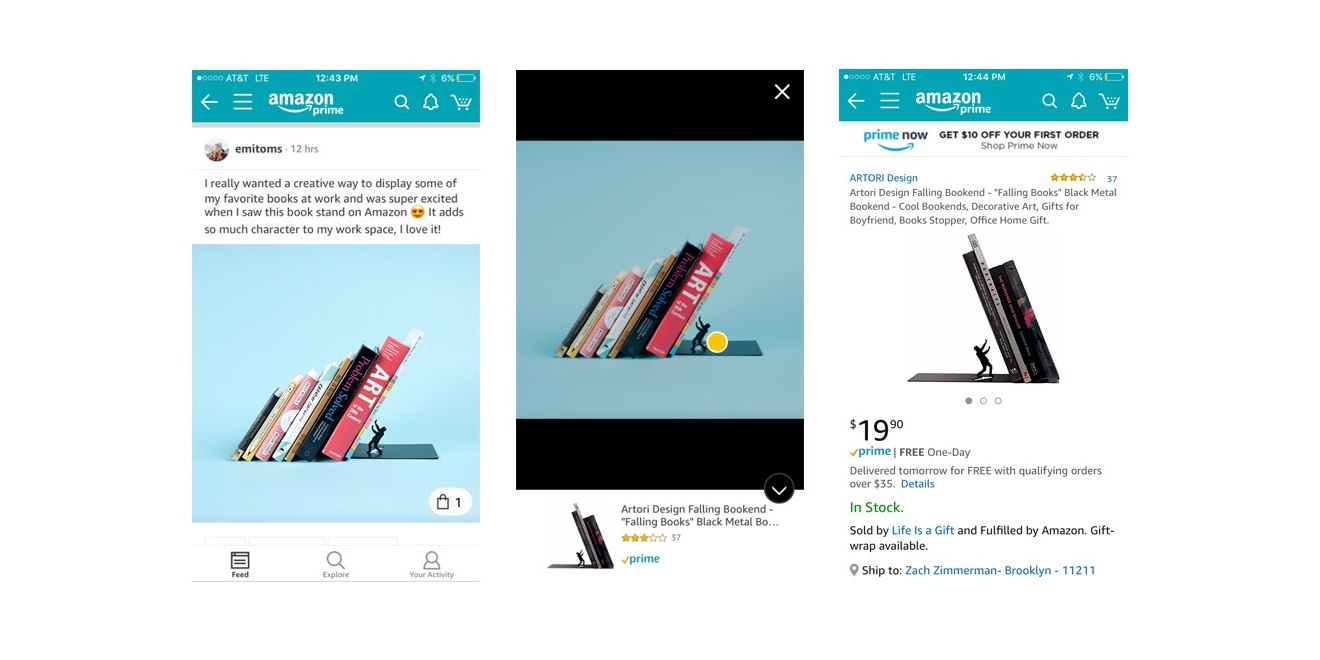 While Amazon Spark has all of the trappings of potential success, the verdict is still out - Credit by Amazon

In theory, Amazon and influencers seem like the perfect match. Pairing arguably the most powerful retail force in the world with highly influential individuals certainly feels like a surefire way to sell products.

That was exactly the intent behind Amazon Spark, the social network Amazon launched in July and geared toward influencers.

Yet while Amazon Spark has all of the trappings of potential success, the verdict is still out. Amazon’s efforts to enter the social networking space are not unfounded, as a Collective Bias consumer study of 2,000 people showed that social media (54.7 percent) outranked retailer sites (50.8 percent) as the top source for holiday shopping inspiration online, but winning over influencers could prove challenging.

Whenever industry shakeups like this occur, our team at Collective Bias often turns to the influencer community for direct insight. With the holidays—Amazon’s peak season—looming, a time when 94 percent of influencers see an increased demand for their services, we asked nearly 350 influencers for their thoughts on Amazon Spark.

Just over 74 percent of influencers reported being unsure if they’ll have a presence on Spark this holiday season, while only 22 percent plan to be on the network. Those figures are a far cry from the 99 percent active rate for influencers on Facebook and Instagram, along with 97 percent for Twitter and Pinterest.

For now, there is not much of a spark between Amazon and influencers, and there could be several explanations as to why.

From its early origins as an online bookseller, Amazon’s formidability across retail today is nothing short of epic. Still, the crowded influencer marketing business is uncharted territory for Amazon, and the company is a late entrant into the space.

If any company can be successful in a new market, it’s Amazon, but beating out established platforms remains to be seen.

At this point, Amazon has jumped into the ring with media titans that will be more than worthy adversaries. Facebook, Instagram, Pinterest, YouTube, Twitter and Snapchat are all entrenched in influencer marketing already, so Amazon has plenty of catching up to do.

Aside from platform competition, Amazon is also up against the previous time and resource investment influencers have devoted elsewhere. For most influencers, it takes years to build and nurture an engaged audience. With all the sweat equity that goes into developing and maintaining this influence, starting from scratch with Amazon Spark might not be terribly appealing.

Ever see those influencer profiles with staggering follower counts yet hardly any engagement per post? These influencers and the true value of their reach should draw instant skepticism.

Real influencer content elicits engagements and conversations, and the number of followers is certainly not the only measure of influence. This helps explain the rampant rise of micro-influencers.

Engagement is a coveted asset for brands and influencers alike, which is why Amazon Spark’s engagement restrictions for Prime members only could be a hindrance.

In a recent 10-K filing, Amazon hinted at the size of its Prime subscriber base, which analysts estimate could range from 65 million to 80 million globally.

While 65 million or more Prime members is nothing to scoff at, those figures suddenly seem paltry compared with other social networks. Limiting engagement on Spark to Prime members undercuts the potential reach of the network and possibly its attractiveness to influencers, as well.

The launch of Amazon Spark absolutely deserves attention and will be interesting to observe as the holiday season approaches with skyrocketing consumer demands. While the Spark network could become the next great vehicle of influencer marketing and a natural progression for the industry, the support of influencers will be a main determining factor. After all, social networks from Fortune 50 companies have a history of rising and falling—just ask Google+.