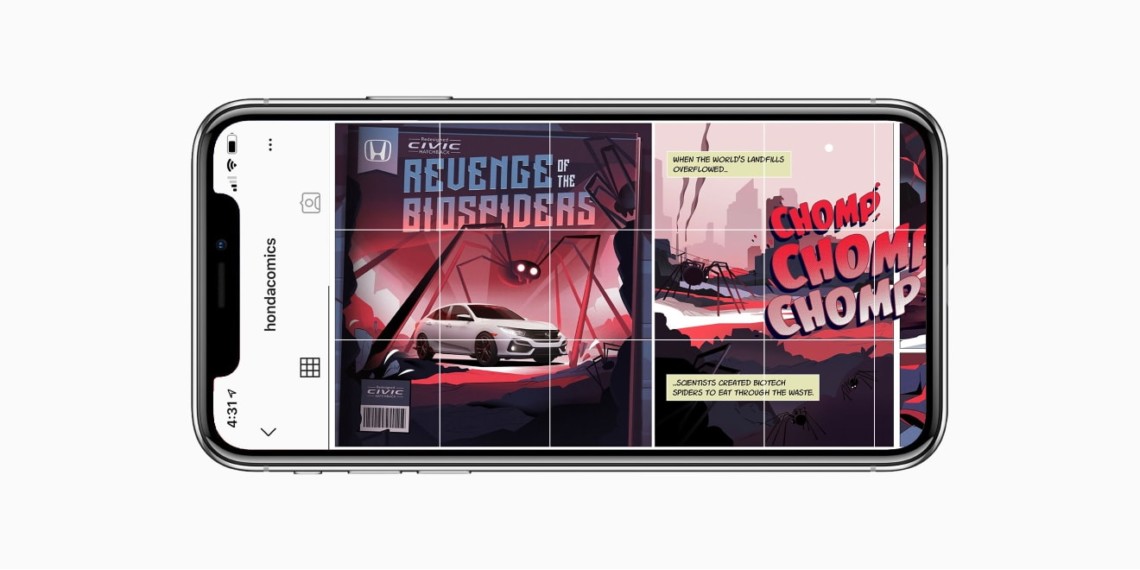 Honda created the @HondaComics Instagram handle to share a static, comic-grid version of the story - Credit by Honda

Honda is backing its redesigned 2020 Honda Civic Hatchback with animated comic series Revenge of the Biospiders on Facebook and Instagram.

Revenge of the Biospiders debuted on National Comic Book Day Wednesday. Honda said in an email that it “focuses on an apocalyptic world where genetically engineered spiders—once designed to save humanity—have now overtaken it. As the light of humanity starts to dim, two unlikely heroes and their Civic Hatchback rise up and attempt to reverse the course of mankind.”

A six-episode video series is being rolled out on video destination Facebook Watch.

And Honda created the @HondaComics Instagram handle to share a static, comic-grid version of the story, saying that it is paying homage to traditional comic forms. Instagrammers can swipe left to move on to the next page, just as if they were flipping through the pages of a physical comic book.
david.cohen@adweek.com David Cohen is editor of Adweek's Social Pro Daily.