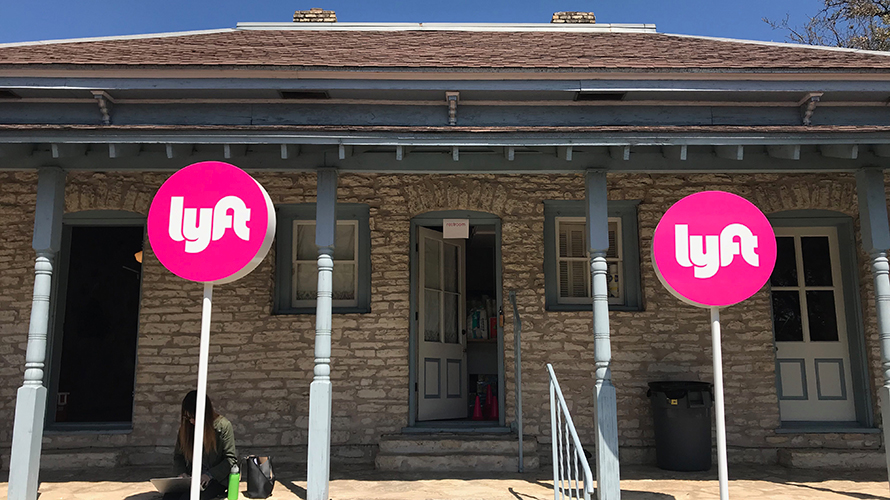 As droves of people arrive in Austin, Texas, for the music portion of South by Southwest, Lyft is gearing up for its biggest time of the year, when thousands of out-of-towners pile into cars.

According to the ride-hailing app, Austin’s demand for rides triples during South by Southwest (which began on March 9 and runs through March 18). Aaron Fox, general manager for Lyft Austin, declined to share the exact number of cars or rides that happen during the festival but said the brand equips drivers with information ahead of time.

“We start letting drivers know about this a few weeks in advance, [and] there’s a website for them that shows when and where to drive to maximize earnings,” Fox said. “We have a lot of data from past years on exactly when and where it’s going to be busy, and we try to use that to tell drivers where to go.”

Requests for rides during the interactive portion of the festival peak between 8 a.m. and 11 a.m. For the music portion, the rush is slightly later, between 11 a.m. and 2 p.m.

Lyft has set up a branded pit stop for drivers in downtown Austin that’s equipped with snacks, drinks and games where drivers can stop in and recharge between rides. Fox said a couple of hundred drivers have been stopping in every day.

There’s also Lyft House, a space within Austin’s Native Hostel that will host local musicians, yoga classes and provide food and drinks. During the interactive portion of the festival, Lyft partnered with HBO to coordinate rides to the Westworld activation.

Ride-booking apps have a rocky past with Austin. Both Uber and Lyft left the city in 2016 after residents voted to put stricter background checks via fingerprinting in place. Last year, Austin-based Fasten became the ride-sharing option for SXSW attendees, but both Lyft and Uber came back to Austin in May 2017 after the Texas Legislature passed a law to regulate ride-hailing apps at the state level as opposed to the city level.

Since then, Lyft has tried to form deep ties with Austin, including partnering with music venues to provide Lyft credits to performing musicians. There’s also a partnership with the nonprofit Caritas of Austin, which fights homelessness, in which Lyft gives case workers free credits to help people get to work or school.

This year, Lyft is the official ride-hailing app for South by Southwest. Talks of the partnership have been in the works since Lyft came back to Austin. Lyft’s activations primarily focus on the music portion of South by Southwest because “music is all year long, and it’s an important part of Austin,” Fox said. “South by Southwest started as a music festival, and I think it’s the most authentic way that we can work with the community.”