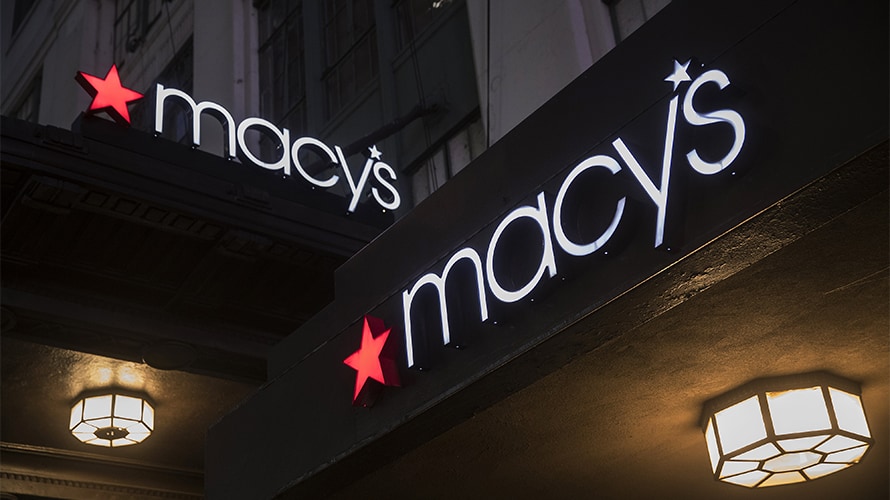 Macy's is going high-tech as it hopes to win over digital-age consumers. Getty Images

As Amazon Go expands in the U.S. and cashierless alternatives like Zippin and Standard Market start popping up, consumer expectations about convenience in retail are changing.

Macy’s, the 160-year-old retailer, has arguably rolled with the punches better than some of its brick-and-mortar brethren, but it, too, has nevertheless struggled in recent years. But now, Macy’s says, it is reinventing itself as an omnichannel retailer thanks to a big investment in technology.

That includes an Amazon-Go-like mobile checkout experience in which customers can skip paying at cash registers and instead check themselves out on the Macy’s app, which Macy’s president Hal Lawton highlighted during Recode’s Code Commerce event this week.

The feature—Scan, Pay, Go—enables customers to scan the barcodes of the items they want as they shop—although they will still have to go to designated kiosks to get security sensors removed. Lawton called checkout one of the biggest pain points of shopping.

“It’s all about how to take practical technology and leverage it to improve the customer experience and minimize the impact of pain points,” he added.

Lawton said Macy’s has “seen nice early adoption” and the mobile payment feature will be in all stores before the 2018 holiday season. He also noted cashierless checkout is a different challenge for a retailer like Macy’s, as Amazon Go is small in terms of square footage, it’s on one level and it has only one entrance and exit—and it doesn’t have dressing rooms or escalators. That means Macy’s has to do a lot of planning and monitoring.

Cashierless technology is also reportedly challenging with clothes. Indeed, most executions so far look more like convenience stores with products like drinks and snacks.

At the same time, Lawton said this is “absolutely where retail is going.”

But that’s just one way Lawton said Macy’s is redefining itself. Another is pivoting marketing spend from traditional channels.

“We now have the majority of marketing spend digitally for the first time this year,” Lawton said.

That means Macy’s is going where its customers are and hopefully encouraging them to download the app and visit the website, he added. In addition, Macy’s is adding virtual reality (VR) and augmented reality (AR) furniture and beauty experiences to facilitate discovery. Macy’s worked with Marxent Labs on the initiative and expects VR for furniture to be available in 69 U.S. locations by November.

As a result, sales associates can help customers set up rooms in VR. The experience has a number of predefined room shapes to choose from if customers don’t bring their own. After they place furniture in the virtual room, they are able to see how it fits and even walk around it.

“There’s a lot of estimating you’d have to do in store–even more so online. That’s the customer problem we’re trying to solve,” Lawton said.

In a pilot, Macy’s said VR-influenced furniture sales increased basket size by more than 60 percent. That’s in part because customers are able to more accurately visualize their spaces with the furniture.

“We’re now selling a full room or multiple rooms as opposed to a single chair,” Lawton.

It has also decreased returns to less than 2 percent. In addition to the in-store experience, the retailer’s iOS app has an AR feature for iPhone 7 and up called Visualize Your Space, which similarly allows customers to virtually place furniture in their homes. It will be available for Android in 2019.

An investment in new tech

In the beauty department, about 50 Macy’s locations have virtual mirrors that allow customers to try on more than 250 makeup products mess-free. But, for now, Nata Dvir, executive vice president and general business partner of beauty, said Macy’s is seeing customers engage with the mirror—but not check out on it yet.

“[The beauty customer] doesn’t want endless choice—we can give her the right types of options she’s looking for,” she added.

And while on-app conversion is small so far, Dvir said customers are slowing starting to add products to their bags.

Finally, the retailer is expanding usage of RFID throughout its stores, which makes it easier to take inventory more frequently. This, in turn, has allowed Macy’s to better fulfill out-of-stock merchandise and determine what goods need to be replenished from stock areas.

Lawton noted that prior to RFID, stock room inventory was not on the display floor 25 percent of the time. These tags now make it easier for associates to see what products are not on display so they can bring them out.

Lawton said 75 percent of applicable items will have RFID tags by the end of the year.

The company said it is also testing hands-free RFID data capture capabilities, including robotics, fixed infrastructure and other mobile tools to enhance the data collection that will impact replenishment, ordering and quick availability for customers.