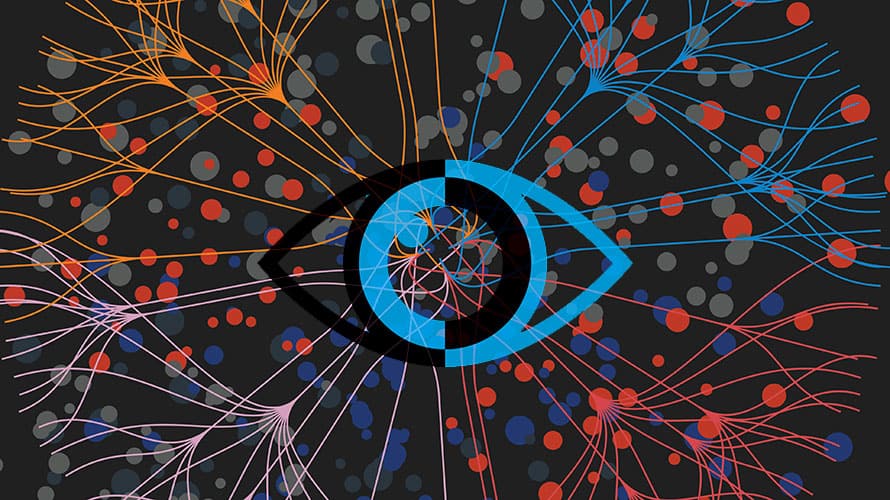 Digital plays a huge part in advertising, which made it a hot topic at this year's Cannes Lions. - Credit by Getty Images

The Cannes Lions Festival has come to represent many things for our industry in recent years. Creativity, yes, but also industry decadence, elitism and, perhaps most importantly, the stark reality that the advertising industry has been fundamentally turned upside down in the digital age. These days, conversations overheard at this international celebration of creativity are just as likely to be about machine learning and programmatic technology as they are about imagination and storytelling.

Many lament the way that creativity has taken a back seat to technology in the current campaign process, and such lament is not unfounded. In fact, it’s one of the reasons our industry clings so mightily to Cannes Lions. Deep down, we sense that something has gone awry, and we look to the annual creative festival for reminders that originality and invention behind our industry’s finest achievements have not been lost forever.

They haven’t. But they are in serious need of a level-set. And next year’s Cannes Lions Festival is precisely the venue in which the industry can begin to restore balance between creativity and technological precision in delivering the winning campaigns of tomorrow.

The day distribution took over

Once upon a time, creative truly was king. The creative agency set the stage for a campaign, and media distribution—largely via TV—fell in line behind it. And then everything changed.

The advent of programmatic flipped the traditional campaign development process on its head. Over the last 10 years, it is the media agency that has taken the lead, by developing the audience and targeting strategy and wielding its DMP access like a mighty sword. The resulting data-driven media plan was then passed to the creative agency. Given neither the time to develop the “big idea” nor the context needed to hone it, our industry’s creative minds were relegated to what is essentially a fulfillment role, producing creative to fit within a plan already designed by the media agency.

It’s not that we were wrong to pivot when programmatic arrived on the scene. We simply let the pendulum swing too far. And it’s time, at last, to bring creative and media into balance. The Cannes of the future can play a central role in driving that realignment.

The advent of programmatic means that creativity needs a new standard for success. Cannes can and should play a lead role in ushering in that new standard.
The importance of creative isn’t just a matter of opinion or nostalgia for Mad Men days gone by. It’s supported by an increasing body of evidence. For example, a recent Nielsen Catalina Solutions analysis of hundreds of CPG campaigns examined the relative contribution of a campaign’s creative and media factors on sales. The conclusion? Creative quality is the most single important factor in driving sales. That doesn’t mean new media platforms and buying technologies aren’t revolutionary, but it does mean they’re not a replacement for great creative. Rather, they’re a super-charged vehicle for its delivery. It doesn’t matter how sophisticated your media plan is; if the creative doesn’t sing, the money spent to place that creative will have gone to waste.

Let’s admit it: In spite of the sophistication behind programmatic media buying, there is substandard creative everywhere you look. The ramifications of these bad ads are by now well known: ad blindness, ad avoidance, overall ad fatigue. Beyond wasted impressions, these long-tail effects threaten not only the brand’s image but the entire advertising value proposition on the publisher’s site as well.

Cannes can restore the balance

Restoring the balance between media and creative is imperative, and it’s going to require change on several fronts. For one, media agencies must take on new responsibility as it relates to briefing and collaborating with creative agencies throughout the entirety of a campaign’s lifecycle, from conception to optimization. The restoration of this role for the creative agency mirrors the role that creative itself must have within the overall campaign. It needs to lead.

This is not a question of simply prioritizing creative as distinct from media. The two need to work together. And that’s why, for our industry to truly embrace the integration of disruptive media technology and creativity at its very core, we must redefine the way in which we reward creative work. That’s where the Cannes Lions Festival has an opportunity to take a leadership role in the future.

This means moving beyond rewarding great executions to instead rewarding great applications of data-driven creative. After all, data-driven creative is not just about addressing a consumer with a single message at a single point in time. It’s about addressing the consumer over time. That’s the real beauty to be found in this exciting new world where media and creativity have become inextricably linked, but following 2018’s event, I can tell you that this kind of beauty is still being overlooked at Cannes Lions.

The organizers of Cannes Lions need to look beyond the biggest, sexiest executions of creativity in advertising to recognize the value of narratives that play out over time via smaller executions, less impressive on their own but award-worthy for their place in nurturing a customer along an increasingly complex path to purchase.

In doing so, they can help the creative agencies of the world comfortably reassume their places at the campaign strategy table. Because the “big idea” of tomorrow is actually a thousand small ideas strung together in just the right way. And those ideas deserve accolades as much as the splashy TV campaign.

The advent of programmatic means that creativity needs a new standard for success. Cannes can and should play a lead role in ushering in that new standard.

John Nardone is CEO of Flashtalking.