???? How Time’s Immersive VR Experience Is Emblematic of Its Dream to Build a Modern Media Company 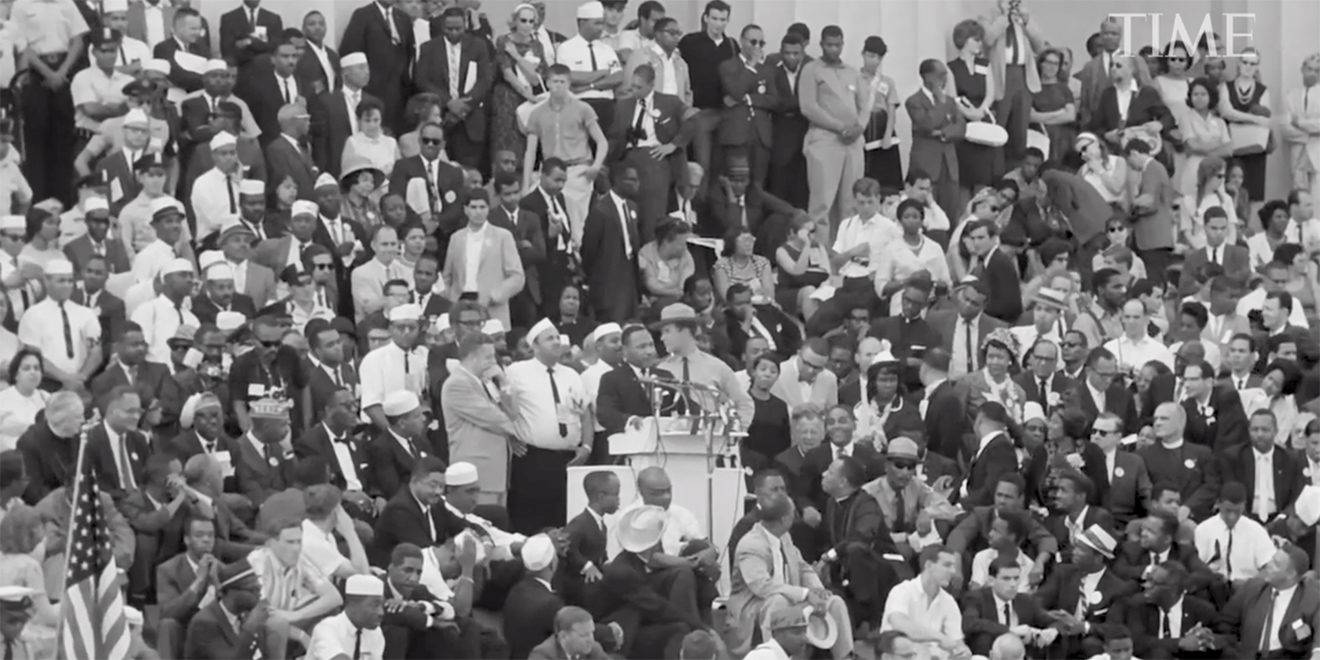 It started with a photograph, if not a dream.

As Mia Tramz, Time’s editorial director of enterprise and immersive experiences, shuffled between meetings at the publication’s onetime office at 225 Liberty St. in New York, a photograph of Martin Luther King Jr. standing on the steps of the Lincoln Memorial, taken six years before the March on Washington, would always catch her eye.

As she gazed up at the image, the lens behind King, his arms outstretched as he looked out on the National Mall in his pastor robes, she saw an opportunity to give others that same feeling of proximity. 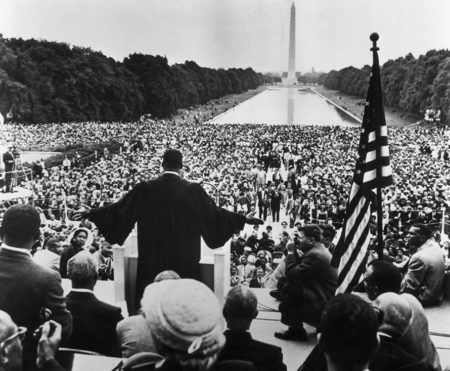 This image was captured at the same time as the photograph that inspired the creator of Time's "The March."
Getty Images

“I stopped in front of it and thought, ‘If we recreated the March on Washington, I could give you this perspective and it could put you this close to Dr. King,’” Tramz said during a recent interview with Adweek.

The idea, which had been percolating since 2017, is about to come to fruition in an immersive museum exhibit called “The March,” a 10-minute virtual reality experience that transports you back to 1963 to hear part of King’s “I Have a Dream” speech.

Working with a coterie of AR and VR companies, as well as the King estate, Time hopes the exhibit will give students a more educational, immersive look at history. Today, Time teased the digital recreation of King, and the thousands who went to see him speak, by putting King’s likeness from the exhibit on the cover of its March 2/March 9 issue about equality, timed to the exhibit’s opening later this month in Chicago.

The project is just one example of how Time is evolving from a legacy publication wholly reliant on print advertising (and digital ads, sure) to a modern-day media company that invests in a wide array of potentially revenue-generating material, from events to Hollywood-quality, educational immersive experiences. Of course, none of it happens by accident.

A behind-the-scenes look at how the project came together.
Time

After Salesforce founder and co-CEO Marc Benioff and his wife, Lynne, purchased the then-troubled magazine for $190 million from Meredith in 2018, questions swirled about what a billionaire benefactor helming a publication would do. Would they emulate Jeff Bezos’ hands-off approach—while providing a financial runway to grow both editorial and engineering teams—when he bought The Washington Post? Would they follow Mike Bloomberg’s lead and tear down office walls and sit in the middle of it all, as Bloomberg did at his eponymous media company?

“This project combines the innovation, impact and authority of this iconic brand in an entirely new way. Not only does ‘The March’ push the boundaries of what is possible in virtual reality, it showcases VR as a powerful and valuable educational tool and redefines to the world what Time as a brand is today,” the Benioffs said in a joint statement provided to Adweek.

By all appearances, the Benioffs are finding a balance while entrusting the company to Time CEO and editor in chief Edward Felsenthal, who started at Time the same day as Tramz in April 2013. Felsenthal and the Benioffs think of the publication as a brand, not just a magazine or website, Tramz said. 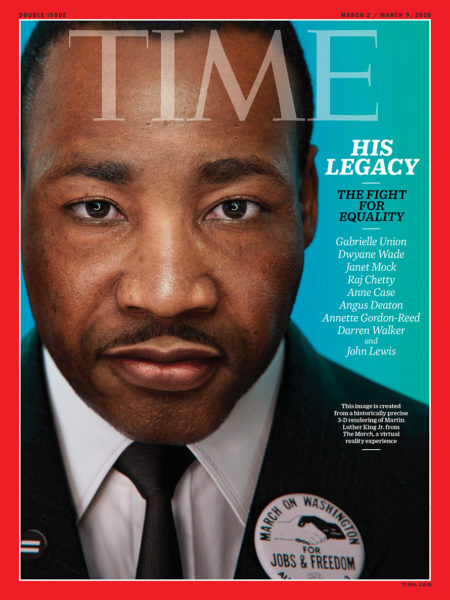 Time teased the exhibit on its cover released today.
Time

“What we have the opportunity to do now under this new ownership is realize that potential in a way that we couldn’t when we were a part of a larger corporation where we weren’t in control of how our own profits and revenue were invested back into the company,” said Tramz, who is also co-creator of “The March.” “Within this new era of Time, we have an ability to really expand what the company is and what the company does. My hope is that this is a big part of it.”