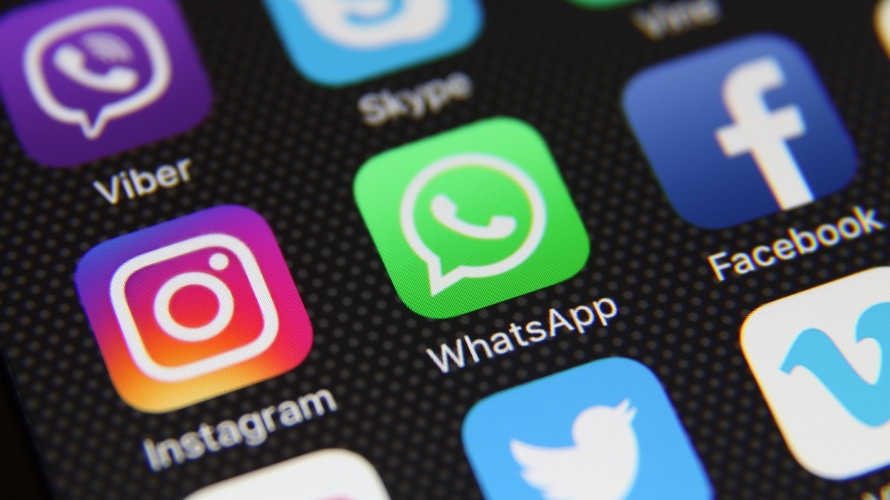 BBrazil, Argentina and India are the top three markets where over 90% of smartphone users will use WhatsApp during 2019 - Credit by alexsl/iStock

Despite not being as widely used in the U.S. as it is in other markets, WhatsApp continues to be a force when it comes to global usage of messaging applications, according to research firm eMarketer.

The company projected that the total number of users of messaging apps will grow 12.1% in 2019, to 2.52 billion people, meaning that 87.1% of smartphone users worldwide will use one of those apps at least once per month.

eMarketer pointed out that its numbers differ from those provided by WhatsApp parent Facebook, as it weeds out fake and duplicate accounts.

That being said, the researcher pegged India as WhatsApp’s largest market, with 340 million users, followed by Brazil and the U.S. 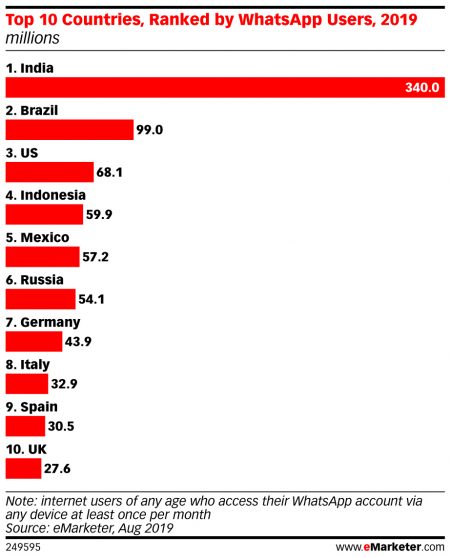 eMarketer
Brazil, Argentina and India are the top three markets where over 90% of smartphone users will use WhatsApp during 2019.

The U.S. accounts for just 7.7% of the total number of WhatsApp users in the 18 countries tracked by eMarketer, and the researcher cited widespread use of SMS, Facebook Messenger and iMessage as the reason, saying that the number of Messenger users in the U.S. (117.6 million) is nearly double the total for WhatsApp (68.1 million).

However, eMarketer also pointed out that four of the top 10 countries for WhatsApp user penetration among smartphone users—Brazil, Argentina, Mexico and Italy—are also among the top 10 for Messenger, adding that in the U.K., it expects 53.5% of smartphone users to use Messenger and 60.1% to use WhatsApp.

eMarketer senior analyst Jasmine Enberg said in an email, “India has been able to amass such a high number of WhatsApp users partly because the platform can be used on some feature phones, like the JioPhone, which is popular there. India’s wide user base has also made it a testing ground for new WhatsApp capabilities, including a payment system. The company has been testing the service in India since 2018, and it is expected to launch nationwide this year, pending regulatory approval.”