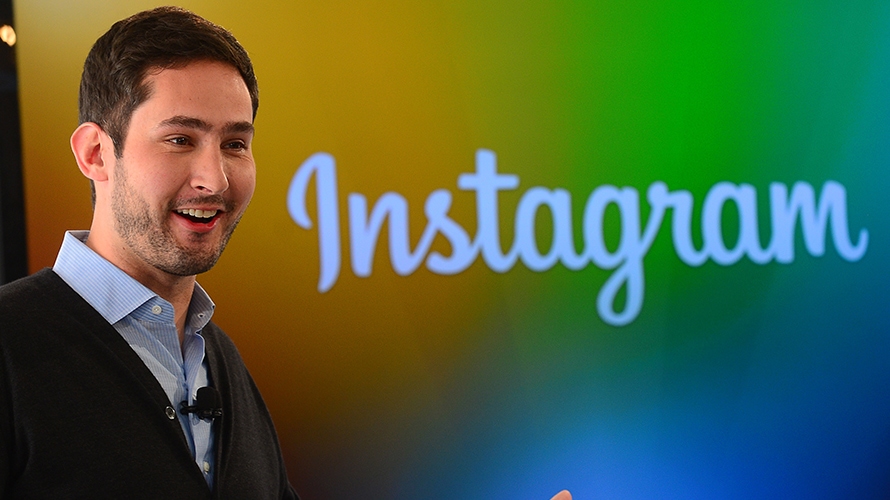 Kevin Systrom is leaving the company he founded, along with Mike Krieger. - Credit by Getty Images

In a statement, Systrom, Instagram’s CEO, wrote that he and Krieger were “ready for our next chapter.”

“We’re planning on leaving Instagram to explore our curiosity and creativity again,” Systrom wrote. “Building new things requires that we step back, understand what inspires us and match that with what the world needs; that’s what we plan to do.”

Neither Systrom nor Krieger said what their next plans were.

In a statement, Facebook CEO Mark Zuckerberg wished Systrom and Krieger the best.

“Kevin and Mike are extraordinary product leaders and Instagram reflects their combined creative talents,” Zuckerberg said. “I’ve learned a lot working with them for the past six years and have really enjoyed it. I wish them all the best and I’m looking forward to seeing what they build next.”

It wasn’t immediately clear who would assume leadership of Instagram, and a spokesperson for Instagram did not return an email asking who would take over. On Tuesday, The Information reported that Adam Mosseri, a longtime Facebook executive who currently services as Instagram’s vice president of product, was being eyed as a possible candidate to lead Instagram.

Systrom and Krieger’s departure is just the latest in a slew of high-profile departures from the tech giant that has in the last year been barraged with criticism and controversy.

In April, Jan Koum, the co-founder of the encrypted messaging app WhatsApp, announced he was leaving the company without providing information about what his next steps would be. Following his departure, the Wall Street Journal reported that Koum and WhatsApp co-founder Brian Acton had repeatedly clashed with Zuckerberg over the direction of WhatsApp, the company’s approach to data privacy and Zuckerberg’s interest in further monetizing the messaging platform.

Slightly over a year ago, Palmer Luckey, the founder of the virtual reality headset Oculus, left Facebook in the wake of reporting on his financial support of an online pro-Trump group.

Other executives at Facebook, like the company’s chief marketing officer, general counsel, head of communications and policy, vice president of partnerships and a corporate communications executive, have also said they would leave the company within the last year.

In an interview with Adweek on Sept. 7, Carolyn Everson, Facebook’s vice president of global marketing solutions, downplayed the turnover at the company’s upper ranks when asked about the departure of some of these executives, and said that senior leaders generally spend a long time at the company.

“If I were sitting in your shoes and thinking about what does this mean, I would be looking for one of two things,” Everson said at the time. “Are they leaving immediately, or are they staying through a transition period?”

Instagram was founded in 2010 as a photo-sharing social network and was acquired in 2012 by Facebook for $1 billion, which was at the time the biggest acquisition for Facebook in the company’s history. Following the acquisition, Systrom and Krieger had remained at Instagram, working on the platform’s evolution into a mobile video powerhouse that operated somewhat autonomously from Facebook proper.

Instagram is considered to be Facebook’s brightest hope for the future, and it is projected to make up as much as 27 percent of its worldwide revenue by 2020, according to data from the market research company eMarketer. In June, Facebook announced that Instagram had reached a record 1 billion monthly active users on the platform. In the past several years, Facebook has been introducing more ads on the platform, both in-feed and in between Instagram Stories.

What Instagram user experience will be like in the post-Systrom/Krieger era—and whether users will revolt—remains to be seen.

“We may recall, under Systrom and Krieger, there was a backlash when Instagram originally introduced ads,” said Gary Nix, chief strategist at the consultancy the Brandarchist. “The lukewarm—at best—reaction ultimately led to an experience that, thankfully, wasn’t disrupted enough to take away from the overall experience.”

However, with Facebook’s ownership and perception as the leader in pay-to-play social, Nix called the initial outlook “dim.”

“What I’d like to see is a clear stance regarding how Facebook will maintain or enhance a user-centric experience for Instagram,” Nix said. “Plenty of good sentiment remains for Systrom and Krieger, but those good feelings are not necessarily transferable to the large blue brand with 2 billion-plus accounts. For Facebook’s sake, I hope that they address these issues before a significant influencer exodus comes along or someone builds a better mousetrap. Both of these opportunities are out there, trust me.”

Forrester senior analyst Jessica Liu said she doesn’t forecast much change in the long term since user profiles are already linked between the two networks and they share an ad platform. She said there could be an acceleration of integration now that Instagram is coming more fully under Zuckerberg’s control.

“If he is smart, though, he won’t morph the Instagram experience into Facebook Lite,” Liu said. “At the moment, Instagram’s current user and ad revenue growth is the parent company’s shining star because it is not Facebook.”