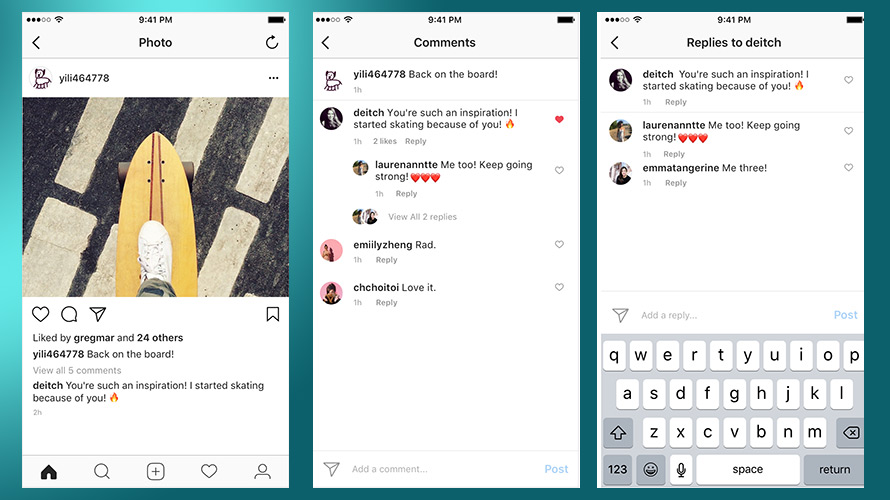 Instagram’s comments section is about to start looking a lot like Facebook’s.

Today, the company said it will start organizing comments by threads, allowing users to reply directly to other users rather than having every comment drop to the bottom. The move copies the format of Instagram’s parent company, Facebook, giving the photo- and video-sharing app a minor but meaningful update that will make it easier for users to track conversations.

While the news doesn’t directly affect advertisers, it’s likely to be a welcome feature, especially for anyone who has struggled to sort through the sometimes long lists of comments to figure out what each reply is meant to address.

Instagram continues to grow at a rapid pace. In April, the company reported that it had 700 million monthly active users, double the total it had just two years ago.