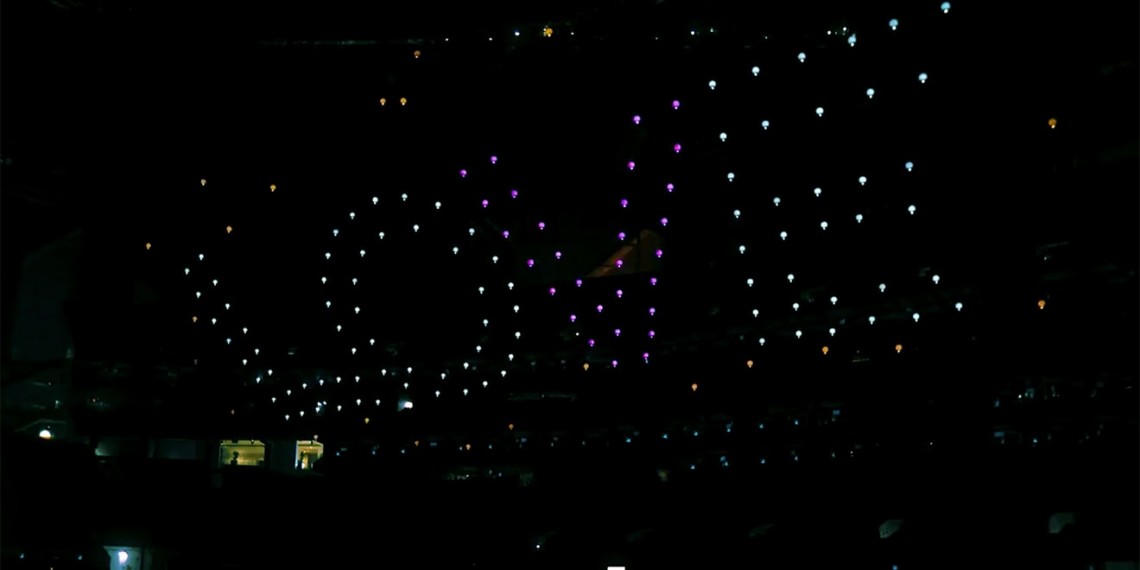 The New England Patriots aren’t the only ones making a return appearance to the Super Bowl tonight.

For this year’s halftime show, Intel collaborated with the NFL yet again to bring drones inside of the Mercedes-Benz stadium for a choreographed light show.

During a performance by Maroon 5, 150 of Intel’s Shooting Star drones took flight spelling out the words “one” and “love.” The were pre-programmed in the flight pattern ahead of the game, the company said.

A first ever moment. 150 Intel Shooting Star drones enhanced the show in a choreographed performance to create a unifying message of LOVE at the Super Bowl. #pepsihalftime#SBLIII https://t.co/QMfi7itN6c pic.twitter.com/gdHwKjF2oZ

Intel’s drones made their Super Bowl halftime show debut in 2017, when Intel choreographed 300 of them to fly behind Lady Gaga. After that, a 10-second spot featuring drones flew in the formation of Pepsi’s logo.

“Our team constantly looks for opportunities to push the boundaries of innovation and deliver stunning entertainment experiences with our drone technology,” said Anil Nanduri, vp and gm of the Intel’s drone division. “When we received the opportunity to bring our drone light show technology back to the Super Bowl, we were excited by the challenge to execute it live and within a closed stadium environment.”

Over the past few years, Intel has been aggressive with its drone-led marketing. Along with its Super Bowl collaborations, the company also flew 1,200 of them during the 2018 Winter Olympics in South Korea, and collaborated with the U.S. military to fly 500 in California on Independence Day.