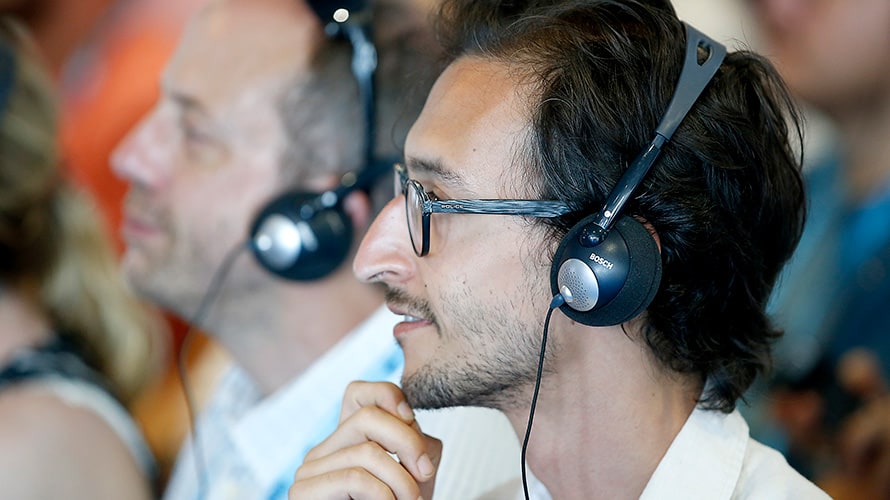 Cannes 2018 showed that there is a disconnect between digital and human emotion. - Credit by Marian Brannelly

While Alvin Toffler wrote those words almost 50 years ago for his influential book Future Shock, the statement resonates more than ever today. The imperative to learn and relearn is especially relevant in the world of brand marketing, where technology changes at such a frantic pace that practitioners must be nimble students of the landscape.

The 2018 Cannes Lions International Festival of Creativity last week emphasized what Toffler meant by “relearn.” In this case, advertisers are dedicating themselves, once again, to creativity and human emotion. This development marks a pivot in our industry after a few years of chatter about data, clouds and algorithms. Such a refocus couldn’t have come at a better time.

We live in a politically divided world (no need to rehash all of that here). Meanwhile, consumers’ distrust of brands is at an all-time high. Therefore, marketers need to inspire to stand out while unlearning mindsets born from aging formats.

The 21st century is now truly upon media. Next year, the internet will replace TV as the most popular entertainment medium, and over the next year, more than half of ad buyers plan to increase digital video spending. By 2021, the video advertising market will exceed $22 billion.

Marketers need to inspire to stand out while unlearning mindsets born from aging formats.
But digital should not be served cold, so it’s time to humanize brand messaging and relearn from historical flashes of brilliance in the ad industry. Let’s look at three inspiring Cannes winners who are doing just that and from which creative marketers of all stripes can learn.

London calling: Nike captures the essence of a city

Nike has long been an innovator in commercial storytelling, and the apparel brand won the first Grand Prix award in the Cannes Social Lions category. A three-minute digital spot called “Nothing Beats a Londoner” takes viewers on a whirlwind tour of the British capital and features 258 real Londoners, including U.K. music and sports celebrities like Mo Farah, Harry Kane, Dina Asher-Smith, Gareth Southgate and Skepta.

The ad, which went viral in the U.K., is visually arresting. It seamlessly weaves together a bevy of different scenes and characters. It’s an almost dizzying display of creativity that captures the spirit of one of the world’s foremost cities.

When it comes to digital video ideas, don’t be afraid to appeal to people’s senses and emotions. Nike’s spot transports you as a viewer and makes you feel like you know what it’s like to be a Londoner, whether or not you’ve spent time in the city. What’s more, it’s a great example of post-TV marketing, when ads can last several minutes instead of 30 or 60 seconds.

Storytelling with video is business-to-business gold

B2B marketers sometimes dismiss the importance of storytelling to build an emotional connection with audiences, focusing instead on communicating the facts. But B2B buyers are people, too, so ignoring the value of human narratives is a big mistake. The potential for B2B storytelling is huge, an idea that influencers like VaynerMedia founder Gary Vaynerchuk are increasingly heralding. A recent study found that 70 percent of B2B buyers watch videos on platforms like YouTube, Twitter and LinkedIn along their path to purchase. Meanwhile, social video generates 1,200 percent more shares than text and images combined.

Getty Images, which targets publishers and competes with the likes of Unsplash and Adobe Stock, clearly understands the opportunity. The stock photo vendor’s “Endless Stories” video took home a Cannes gold Lion in the category of film. The nearly five-minute film tells the story of the March 8, 1971, boxing match between legendary pugilists Muhammad Ali and Joe Frazier. The video also delves into Frank Sinatra’s role in the fight as a Life magazine photographer and the story of how a mysterious New Yorker—drug lord Frank Lucas—got the best seats in the house.

At the same time, Getty uses traditional lead generation tactics and has a sales department like any B2B brand. And the company believes in ads that aspire to stir the imagination. With “Endless Stories,” the brand illustrates that storytelling can differentiate a company by not only offering a compelling narrative but also providing educational value as the viewer learns rich, historical slices of life about Ali, Frazier, Sinatra and Lucas.

The dominant industry narrative in recent years has focused on data powering online branding—and for good reason: 1:1 marketing should be a top pursuit for brands going forward. But numbers can be crunched for the sake of creativity, too, as Rothco’s win in the creative data Lions Grand Prix showed.

Working for the U.K.-based newspaper The Times, Rothco created a video called “JFK Unsilenced” that shows off technical and creative chops. Rothco used artificial intelligence to mine voice data from John F. Kennedy’s 800-odd speaking appearances and piece together a full track of his would-be speech on the day of his assassination in Dallas in 1963. In an age when publishers struggle to gain subscribers, this style of creativity allowed The Times to publish a story no one else was going to tell.

These examples underscore what Cannes Lions taught me and so many marketers: Storytelling and human emotion are back. With social media users sharing great work and driving countless millions of views, it’s a no-brainer for marketers from all categories.

The key will be achieving Toffler’s 21st-century rule for literacy. It means being smart enough to learn from the past, while being nimble enough to avoid getting bogged down by mediums and ideas that are no longer relevant.