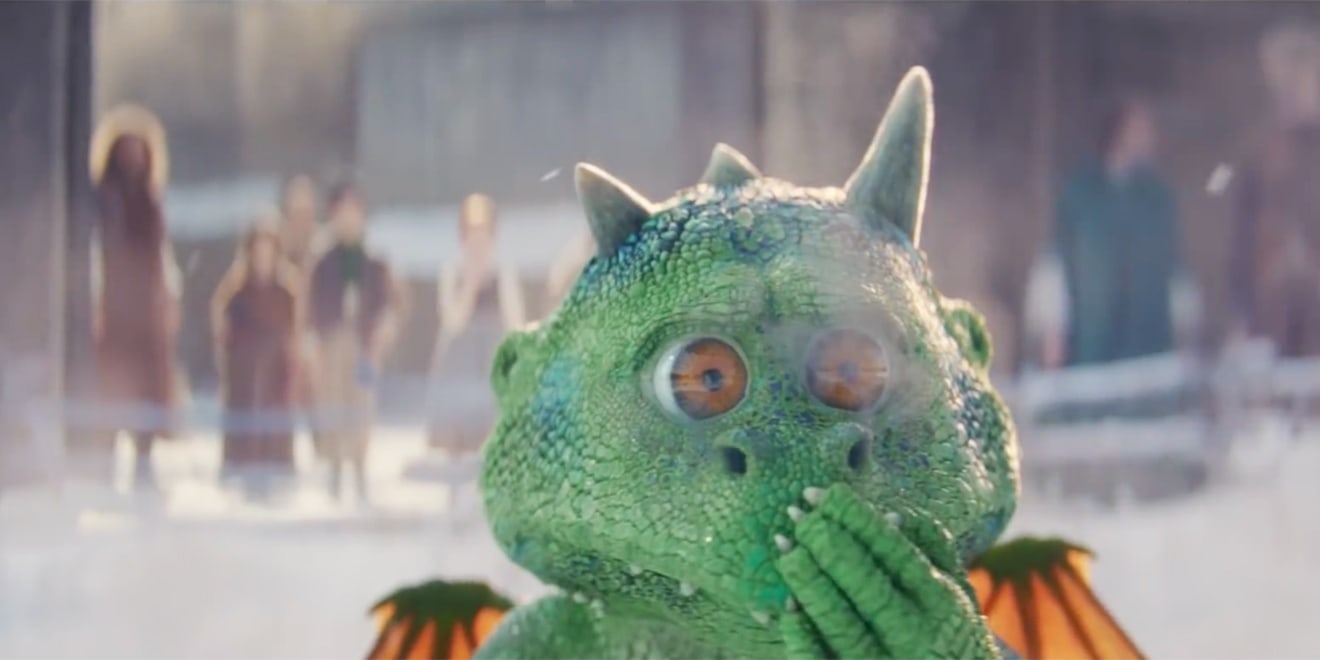 Christmas can get anyone excited, which is normally a good thing. But for Excitable Edgar, it can sometimes pose a problem, given that his excitement can set fire to just about anything in sight.

Edgar is the newest holiday ad star for U.K. retailer John Lewis, which this year created a cobranded spot with its sister company, supermarket chain Waitrose & Partners. The two also put out an ad together in September 2018 about a children’s pageant that reimagined Queen’s Bohemian Rhapsody.

John Lewis spots are traditionally one of the most highly anticipated of the British holiday ad season, with previous installments including heartwarming characters like Monty the Penguin, Moz the Monster and more. This year’s spot again creates a memorable character in Edgar, who struggles to take part in his medieval town’s Christmas festivities, thanks to his penchant for breathing fire everywhere.

“I’m delighted our two brands have come together for this year’s Christmas campaign,” says Craig Inglis, partner and customer director, John Lewis & Partners. “It started from a spark of an idea—a little dragon’s excitement about Christmas—and became the story of how someone goes the extra mile for their best friend to give just the right gift. It’s a funny, heartwarming story that will resonate with our customers as they seek out the perfect gifts for their loved ones this Christmas.”

While the closing scene will be a familiar holiday reference for Brits, it might not be quite as obvious to overseas audiences like Americans. Edgar puts himself to good use by setting a traditional Christmas pudding afire.

“The magic of friendship and making our loved ones feel special, are some of the most wonderful things about this time of year,” says Martin George, partner and customer director for Waitrose & Partners. “The Christmas pudding in the final scene is not just the showpiece of a spectacular feast which brings all the villagers together. It’s a reminder that a thoughtful gesture—whether that’s a delicious meal or a special gift—can mean so much.”

The ad’s soundtrack is a cover of REO Speedwagon’s “Can’t Fight This Feeling,” this time covered by Bastille lead singer Dan Smith.

You can revisit the past few years of John Lewis ads below: